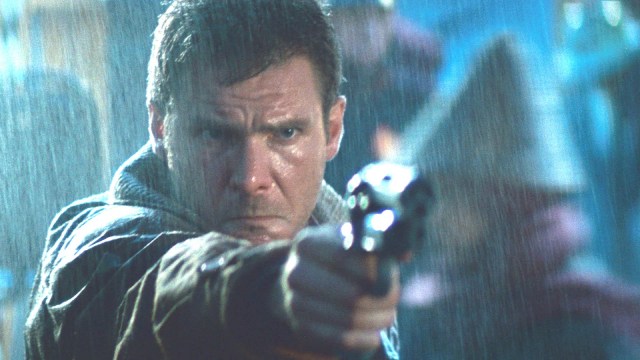 The last time we heard anything about the upcoming Blade Runner 2099 series from Ridley Scott was when it was announced. Now we’re learning that the show got an official series order at Amazon.

The show is a sequel to Scott’s classic neon noir Blade Runner from 1982 and its follow up, 2017’s Blade Runner 2049, which was directed by Dune auteur Denis Villeneuve. Shining Girls screenwriter Silka Luisa is handling the script and executive producing the series.

“The original Blade Runner, directed by Ridley Scott, is considered one of the greatest and most influential science-fiction movies of all time, and we’re excited to introduce Blade Runner 2099 to our global Prime Video customers. We are honored to be able to present this continuation of the Blade Runner franchise, and are confident that by teaming up with Ridley, Alcon Entertainment, Scott Free Productions, and the remarkably talented Silka Luisa, Blade Runner 2099 will uphold the intellect, themes, and spirit of its film predecessors.”

The Blade Runner story, adapted from a Philip K. Dick book called Do Androids Dream of Electric Sheep?, involves a race of fake humans called replicants who were made to work on space colonies but also pass as humans.

A group of fugitive replicants escape back to earth, and it’s up to Harrison Ford, a “blade runner,” to hunt them all down and kill them. In the sequel, Ryan Gosling plays a replicant blade runner who uncovers a deadly secret that threatens to upend society as a whole.

There was a lot of hype around the series until Blade Runner 2049 tanked at the box office (despite high critic scores), slowing down some of the momentum for a new universe but it looks like things are back on track now.

Blade Runner 2099 comes courtesy of Alcon Entertainment, and co-CEOs and co-founders Andrew Kosove and Broderick Johnson said they were ready to reenergize the franchise.

“We are delighted to continue our working relationship with our friends at Amazon. And we are beyond excited to continue to extend the Blade Runner canon into a new realm with the provocative storyline that Silka has created. Audiences first discovered Ridley Scott’s brilliant vision for Blade Runner 40 years ago, and since then, it has become one of the most influential science-fiction films of all time. Denis Villeneuve’s follow-up sequel, Blade Runner 2049, then became one of the best reviewed sequels of all time. So, we recognize that we have a very high bar to meet with this next installment.”

The Amazon series isn’t the only property in the Blade Runner universe, either. There’s an anime called Blade Runner: Black Lotus that debuted last year on Adult Swim and Crunchyroll. It follows the adventures of female replicant Jessica Henwick.

There’s no release date just yet for the series but we’ll keep you posted.