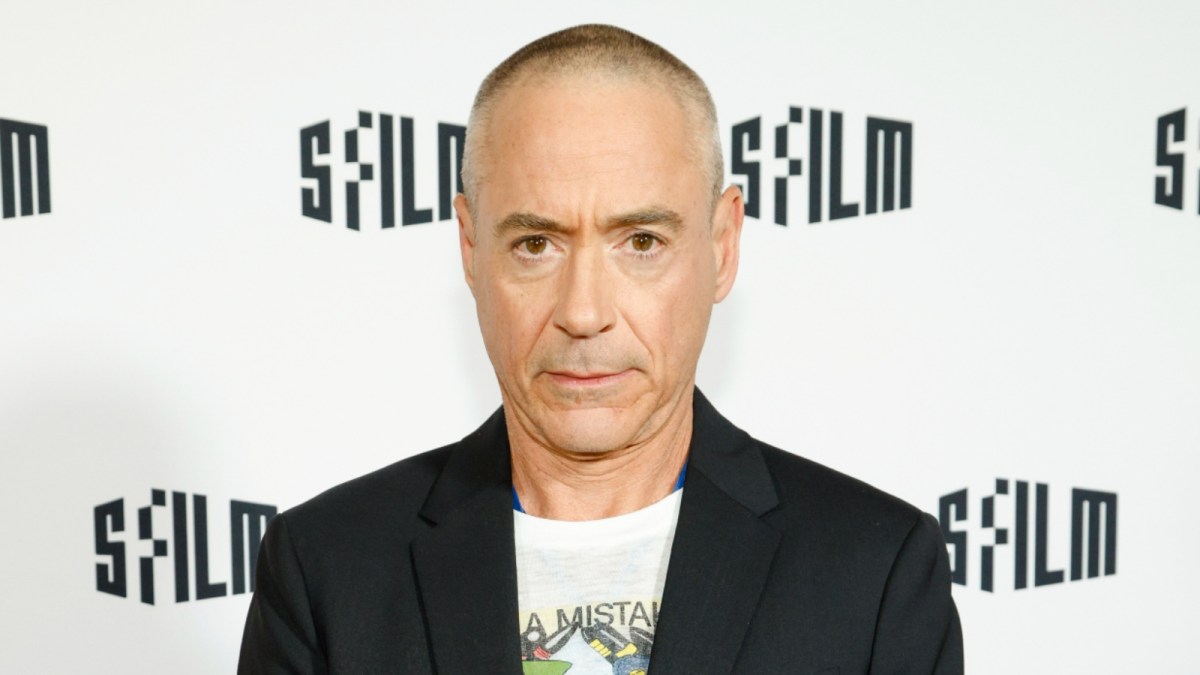 Spanning swaths of cultural influence — figuratively, narratively, and quite literally — The Sympathizer, the upcoming streaming series from Robert Downey, Jr., is reverberating ahead of schedule.

A look inside all the inner workings of the show, well, show us why. Combine the highly acclaimed A24 studio, Pulitzer-Prize winning source material, RDJ himself, plus the revered Park Chan-wook, and a cast led by big names both abroad, Hoa Xuande among them, and familiar stateside, in Sandra Oh, and it all adds up to something that seems sure to rivet us all.

With more and more details coming out about the series, let’s plunge into what we know so far, and what we might be left to uncover.

Although Downey, Jr. will be involved as more than just the producer of the show, he won’t be its main star, instead taking some supporting roles that could have him playing multiple characters.

As mentioned above, Xuande, of Cowboy Bebop and A Stitch In Time fame, will take the lead of the series. Joining Xuande will be four more Vietnamese actors, like Xuande himself — Fred Nguyen Khan, Alan Trong, Vy Le, and Toan Le as the five main characters in the show. According to numerous reports, HBO and fellow co-producer A24 cast a very, very wide net across the globe looking for the perfect people to play the roles for the story that’s based in more than one location worldwide. Joining them in recurring roles are Oh as well as Kieu Chinh and Nguyen Cao Ky Duyen.

Though not in the on-screen cast, the show also boasts Chan-wook as the showrunner, with his recent work, Decision to Leave, getting great accolades and reviews. You might also recognize his decades-spanning work such as the movie version and TV show versions of Snowpiercer, Oldboy, The Handmaiden, Stoker, and Thirst.

The TV show will come from the Pulitzer-Prize winning novel of the same name from author Viet Thanh Nguyen. It was actually Nguyen’s first-ever novel, which was released in 2015. The show itself got the green light back in 2021, and after rigorous efforts to get it up and running, the show has reportedly started production already.

Considering the characters are all rooted in the novel and the details released about the story seem to follow along with the novel, we can surmise that the show will stay close to the story material, though we can also guess it will stray in some parts to make it better suited to TV, and more particularly, to the streaming nature of shows.

The show, like the novel, speaks on the cultural dichotomies of both Vietnam and the USA following the Vietnam War. The plot will follow the tale of the Captain, who is half French, half Vietnamese, and worked as a Vietnamese spy during the Vietnam War, and is forced to flee the country after the Fall of Saigon in 1975. After leaving Vietnam, he immigrates to the US, more specifically to Los Angeles, and starts working in the film business as a consultant on movie productions working on material about the aforementioned war.

While in the USA, the Captain is stuck in an internal purgatory playing two different people for the world around him with his loyalties battling each other. He doesn’t get to leave that world behind so easily, though, as he is recruited back to Vietnam as well to help seize communists and restore some sort of order back in his homeland.

Part of the world testing his loyalties, or sympathies if you will (and we will), are the many roles played by Downey, Jr., which are said to include a California congressman, a CIA operative, and a movie director in Hollywood. Joining the Captain in California is Bon, played by Khan, who is his childhood best friend and unearths a new part of himself and his place in the world as he also attempts to play naïve to his friend’s multiple identities.

Also coming from Vietnam to the USA is the General, played by Toan Le, and the former head of the South Vietnamese Secret Police who is trying to find traitors in the refugee communities stateside while also spreading himself thin attempting to lead a counter-revolutionary mission back in Vietnam.

The General’s family is a big part of the story, as it overlaps with the Captain and on its own accord. His daughter, Lana, played by Vy Le, is in her own type of muddled middle ground as her firm grasp of both her own Vietnamese culture and the American one puts a spell on the Captain while simultaneously pushing her father to dislike the very same thing.

Chinh, who was recently announced to the cast, will play the mother of the General, and who has joined him and Lana in America, but is not finding her footing so easily as the rest of her family. Then there is Madame, played by Ky Duyen, the General’s wife who plays a strong matriarch striving to hold all the unraveling threads together to keep her daughter from abandoning their traditional Vietnamese ways for the newfound glamor of the USA and LA, and keeping her husband upright as he tries to live in duality as well.

The last of the main roles is Sonny, played by Trong, who weaves through many of the threads. He is a former classmate of the Captain, and he now works as a journalist for a Vietnamese language newspaper in Los Angeles, where the Captain winds up.

The recently added Oh will play a liberated feminist named Sofia Mori, who is also on a discovery of her identity and sympathies as an Asian-American after the war.

Production for The Sympathizer is underway right now in both Los Angeles and Thailand, according to The Hollywood Reporter, and the show is set to stream on HBO Max. Well, not necessarily HBO Max, but the reconfigured upcoming version of the new streaming service that is said to combine both Discovery Plus and HBO Max, so it’s not totally clear what that will be, but most likely, if you have HBO Max right now, you’re gonna be able to stream The Sympathizer as well.

That’s because, though a release date has not been announced yet, the new streaming service recently also announced that its launch has been moved up (which is opposite of most projects and releases that usually get moved back) from a summer of 2023 start to the spring of next year.

That makes it very, very likely that The Sympathizer will be one of the main titles to roll out coinciding with that launch to make it more appealing for newcomers to sign up, and for those that are (probably) going to be faced with some sort of new paid tier or offer they need to consider. That is a bit ambitious, considering the scope of the project, and we’d figure with it shooting in several locations and pursuing plenty of ambitions in its scope, it won’t be following the move-up launch and could likely be pushed back once or twice. So, we’ll say that the show will hit just in time for any “grandfathered” subscriptions from HBO Max to lapse — three months sounds about right — before they gotta pony up for the new iteration, just in time to catch this much-anticipated espionage thriller with one of the world’s biggest names and faces behind it — giving us a likely early fall 2023 release.

“Adapting Mr. Nguyen’s important and masterful work requires a visionary team. With Director Park [sic] at the helm, I expect this to be a creative producing adventure for Susan, me and Team Downey,” Downey, Jr. said in a press release, “and a stimulating process for myself in playing these complex supporting roles. A24 and HBO are the perfect combination of partners and co-parents… It’s exactly the type of challenge I’ve been craving, and I believe we will deliver an exceptional viewing experience to our audience.”

Though not a major role, it is Downey, Jr.’s first foray back onto a studio lot or set of any kind since he wrapped up his run as Iron Man with the final Avengers film, Avengers: Endgame. Though his other, um, less awesome movie, Dolittle, came out after Endgame, it was filmed before the Marvel movie, making The Sympathizer his first time back at it.

Not only that, it’s also the 57-year-old actor’s first time back acting in a TV show. He last had a part on the small screen, back before streaming was the way to go for TV and for big-time Hollywood film stars, in a 21-episode run in Ally McBeal, back between 2000 to 2002, which helped set up the next phase of his career that was budding in the film scene as well.

As for other ventures into TV, Downey, Jr. already found some success in streaming as the executive producer for a Netflix show called Sweet Tooth, which has already been renewed for a second season on the streaming platform.