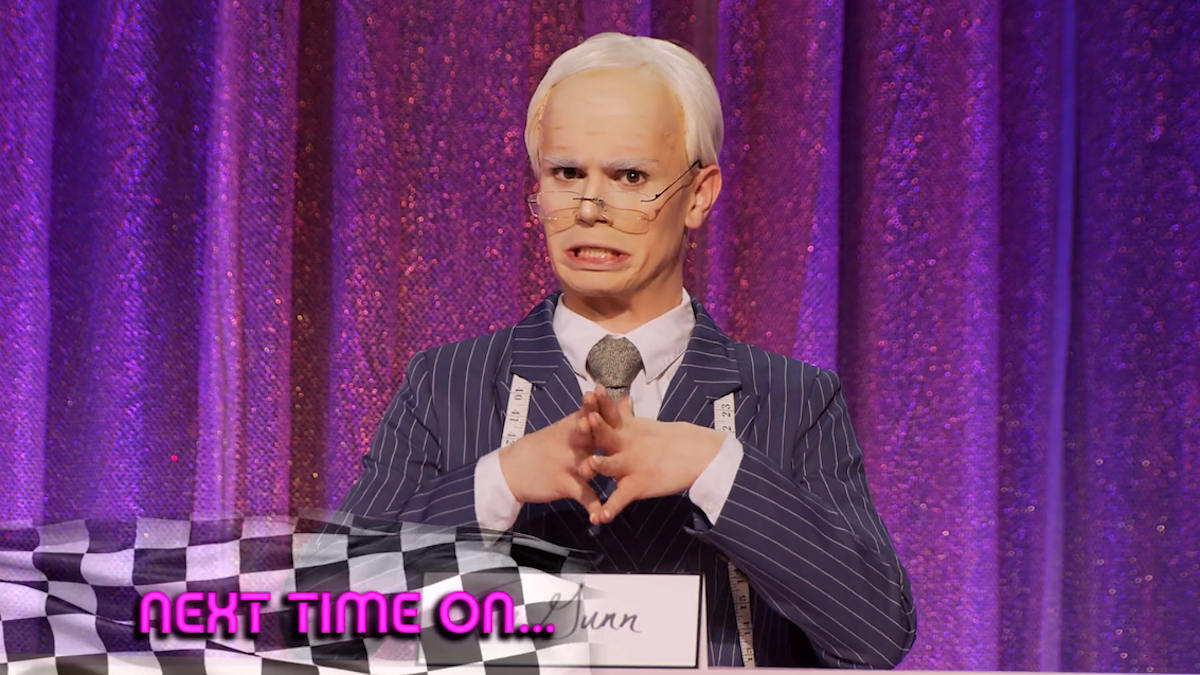 It’s a hard knock life for fans of RuPaul’s Drag Race as the show gears up for its fourth episode of season 15 featuring a larger cast than ever before and noticeably shortened episodes.

Ahead of the premiere this Friday, the show released a sneak peek of the fourth episode in which we see RuPaul inform the cast that this week’s maxi-challenge is none other than the famous Snatch Game.

As the Snatch Game is easily one of the most-anticipated episodes of any season and fans are usually pumped for the onslaught of celebrity impersonations, season 15’s shortened episodes have fans three parts furious, one part weary.

As iterated by one fan on Twitter, a Snatch Game with 14 queens, split into two parts, with 14 additional runway looks leaves little room for substantial coverage of each queen.

Indeed, there’s not much room for fluff in this episode. No emotional backstories, or mini challenge. We wouldn’t be surprised if the episode completely scrapped any of the workroom preparations or even RuPaul coming in to offer advice; there’s simply no time.

One fan voiced what’s arguably on everyone’s mind, which is why season 15 is choosing to premiere the Snatch Game so early on in the season. As it’s typically reserved for the midway point, this season’s Snatch Game will have almost double the number of previous seasons such as season 8, which had only eight queens.

Commenting on the shorter length of episodes, one fan joked that a four-minute sneak peek is pretty much half the episode.

The day before season 15 kicked off on MTV – the show’s new home since transitioning over from VH1 – it was announced that episodes would be cut down from 90 minutes to 40 minutes. Fans have enjoyed 90-minute episodes ever since season 10 and, for many, the change feels like two steps backward for a franchise that is largely considered a pop culture phenomenon.

The shortened episodes were implemented so that MTV could premiere its new show, The Real Friends of WeHo, directly after RuPaul’s Drag Race with a built-in audience ready to tune in, according to Deadline.  However, the shortened episodes have caused such an outrage that the fandom launched a petition to return the episodes to 90 minutes.

As more queens are eliminated, the shorter episodes will become more bearable, to be sure, but in the meantime, the prospect of a 14-queen cast performing a two-part Snatch Game has dimmed much of the excitement that usually precedes the famous maxi challenge.