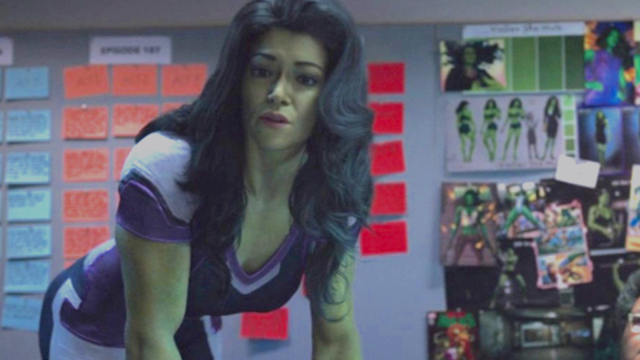 She-Hulk: Attorney At Law has finally ended its nine-episode run on Disney Plus to the dismay, or joy (depending on which side of the fence you sit on) of Marvel fans around the world.

Marvel comic book writer Dan Slott, the man behind one of She-Hulk’s most successful runs made it abundantly clear which side of the fence he is on, and took time to take a few well-aimed shots at the TV show’s naysayers.

Slott was saddened by the amount of vitriol being thrown at the Disney Plus series and perplexed by some of the arguments being made about how the show should have played out more like his run of comic books.

His confusion stems from the fact that, as far as he is concerned, the TV show did play out a fair bit like his She-Hulk run.

So, if the author of the comic is debunking this particular argument, it seems the hate for She-Hulk: Attorney at Law may be stemming from uglier places, with Slott calling out hate coming from ‘obvious quarters’.

The show may not have played out like a cookie-cutter Marvel show or film with its sitcom format and its somewhat disjointed storylines as a result of said format, but fans were treated to an absolutely mind-bending conclusion – complete with some Hideo Kojima-esque annihilation of the fourth wall which changed everything we know about the MCU by introducing the audience to K.E.V.I.N.

The inclusion of Charlie Cox as Daredevil in the series was another high point for the show, showcasing some excellent chemistry between Matt Murdock and Jen Walters, which the She-Hulk showrunners hope to see a bit more of when Daredevil gets his own standalone show.

It’s just a shame that Skaar’s big reveal was a bit of a letdown with that dumpster fire of a haircut, though.

All of She-Hulk: Attorney at Law is available to stream on Disney Plus should you wish to revisit the highs and lows of the show, or binge it all the way through if you’re yet to check it out.