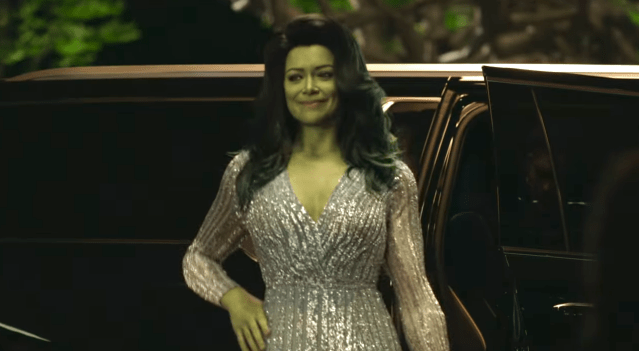 She-Hulk: Attorney at Law is now mere hours away from premiering on Disney Plus. Marvel Studios’ latest release looks to be something of a departure from their usual superhero fare, with Kevin Feige billing it as a “half-hour legal comedy” rather than a straightforward superhero smash-up.

That’d be neatly in line with the original comics, which find the comedy in a young single lawyer trying to balance career and romance while also regularly turning into an invincible green superpowered giant. However it goes down, those working on the show can’t wait for us to see it.

Showrunner Jessica Gao is busy hyping things up on social media, saying that this has been three years of her life and she’s excited to see the audience’s reaction:

Judging by the trailers the first episode will be an origin story for Tatiana Maslany’s Jennifer Walters. We’re hoping the show gets her blood infused with her cousin’s gamma radiation fairly quickly, with the early arc showing Hulk testing her strength and training her in the art of smash.

The show must carefully balance comedy and drama, so if the jokes land in the first episode we can all breathe a sigh of relief that the rest of the season should also hit the mark.

Then, of course, there’s the looming question of the VFX. She-Hulk is nothing if not ambitious in seeking to realize the titular hero entirely through CGI and the reveal in the trailers drew some cruel comparisons to Shrek. The best case scenario is that the VFX initially seems off, but that the character is so fun that we’re quickly able to overlook any flaws.

We’ll know for certain as She-Hulk: Attorney at Law‘s first episode will drop on Disney Plus in just an hour or two.