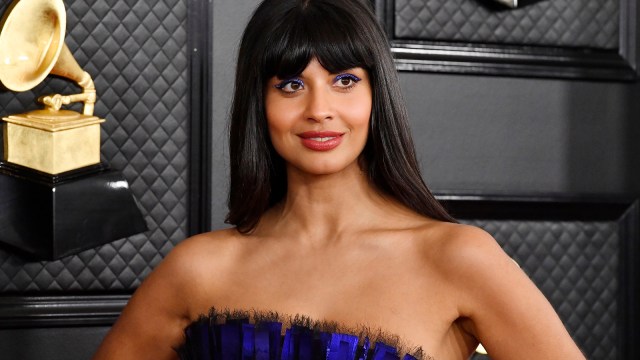 MCU newcomer Jameela Jamil is teaching a masterclass on embracing criticism from Marvel fans following their attack on her character Titania’s look in a new still from the upcoming Disney Plus series She-Hulk.

When the photo began circulating the web, Marvel fans were out in force to slam the look, likening it to a Halloween costume and criticizing the character’s hair.

Responding to one of the most popular posts of this still, Jamil accepted all of the hate but did offer an understandable reason for the look.

Strengthening her argument that the character doesn’t look this way outside of this scene, Jamil included a video from her TikTok where she can be seen getting glammed up for the role, quelling any fears regarding the wig.

The actress didn’t stop there: she continued to respond to fans’ concerns and questions. One fan shared their concern about the character’s outfit and how it has changed from the comic book look, but Jamil assured them that it would all make sense when the show arrives.

She-Hulk will be the first time that Jamil joins the Marvel Cinematic Universe. The Good Place actress joins a cast of stars including Tatiana Maslany in the show’s titular role, Mark Ruffalo, Tim Roth, and Benedict Wong.

Fans don’t have long to wait before they can see it for themselves and finally get a better look at Titania. She-Hulk will land on Disney Plus on August 7, and continue streaming weekly through to October 12. You can check out a trailer for the show here.