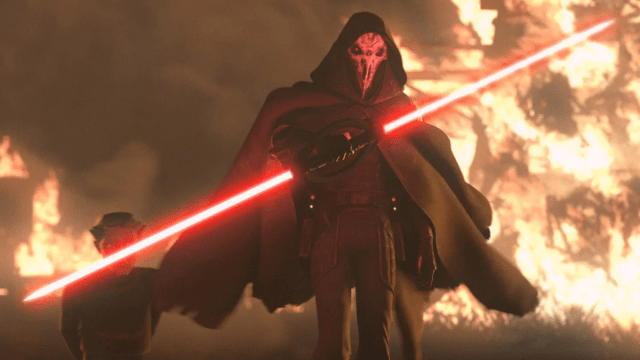 Tales of the Jedi dropped last week, and has been met with rave reviews from critics and fans alike. The animated show scored a perfect 100 percent on the Tomatometer alongside a 95 percent audience rating, with many noting that it retroactively improves the prequels by adding much more depth to Christopher Lee’s Count Dooku, and showing what was going on behind the scenes at the Jedi Order during the movies.

Perhaps the only real flaw is that there’s not enough of it. The show consists of six short episodes totaling about 90 minutes, all of which were released at once. So, if Dave Filoni and company can make Dooku into such a tragic figure, why not apply that to other prequel-era Jedi?

Most of the Jedi Council and many prominent prequel-era Jedi Masters have detailed backstories from comics, novels, and The Clone Wars, but many of them would benefit from the same treatment. Fans are currently deciding who’s most worthy of an animated deep dive should Tales of the Jedi return, and there are some great candidates:

Filoni is a well-known fan of Kel Dor Jedi Plo Koon, considered to be one of the most talented lightsaber duelists and Force users ever seen. Though a minor presence in the movies, we’d love to see episodes exploring his unique “Electric Judgment” technique, which many considered worryingly close to the Dark Side Force Lighting:

Others say they demand an onscreen end to Dark Jedi Asajj Ventress’ story:

We’d love to see more of Grievous’ story, too:

Should we see the mysterious past of Palpatine?

Another obvious candidate are the early days of Yoda, though this would be set in Star Wars’ distant past:

Could we finally meet the enigmatic Sifo Dyas?

But some are just hoping the show returns at all:

We think the chances are very good Tales of the Jedi gets a second season. The short length of the episodes means less production time, and there’s an obvious wealth of storytelling possibilities out there. Theoretically, it’s a great way to plug a content gap between the live-action shows, so we’re hoping the Lucasfilm animation team is already prepping for more. Fingers crossed.

Tales of the Jedi is available to stream on Disney Plus.