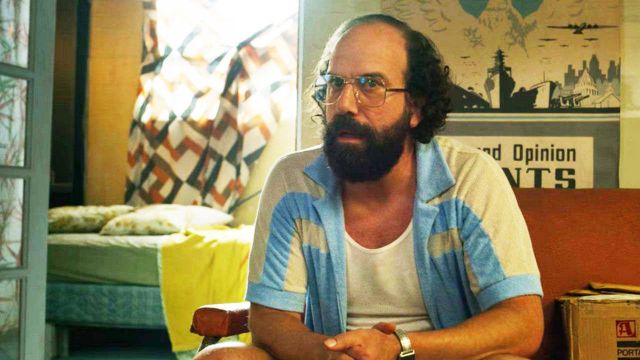 Watch out, Vecna, because your greatest challenge in the final season of Stranger Things won’t be Eleven or any of the other Hawkins kids, but everyone’s favorite conspiracy theorist turned into a parody of the ’80s action heroes, Murray Bauman.

Brett Gelman’s Murray actually plays a significant part in the events of the recent fourth outing, first helping Joyce Byers crack the Russian encryption and then accompanying her all the way to Russia in a daring attempt to break Hopper out of prison. But among Murray’s numerous comic relief contributions and spontaneous heroic feats, two moments stand out from all the rest; one involving him showing off his black belt karate skills by beating the living Motherland out of Yuri, and the other torching a bunch of Demogorgons with a flamethrower.

Addressing the former in a recent interview with The Hollywood Reporter, Gelman has revealed that he’s well on his way to becoming a real-life karate sensei.

“Matt and Ross Duffer said he (Murray) was a black belt in karate. And I was like, ‘Ok… Well, I need to start training.’ [Laughs] They wanted me to really learn it, so we could visually justify or sell that I was a black belt because that’s not just doing some karate moves. They needed to be black belt moves. We wanted funny, but not Beverly Hill Ninja-type of funny. So I trained for three months, four days a week with these amazing masters, Simon and Phillip Rhee. It was exhausting, and it definitely challenged me physically, without a doubt.”

Apparently, that’s not where Gelman’s brush-up with the martial arts would end.

“I’ve been studying Tae Kwon Do with Simon, and I’ve been doing the belt program. I’m a purple belt. I’m working on getting my orange belt, so I’m still very much in the beginning, but I’m sticking with it. For the show, they were teaching me black belt moves in order to increase my vocabulary and really quickly giving me a wide range of knowledge. It was also them assessing what my body could do, which, surprisingly, was a lot. That was a real thrill for me to find out!”

Will Murray get to use those karate chops in the forthcoming fifth and final season? Only time will tell, but we know that we’d pay good money to see Murray landing a roundhouse kick on Vecna, if only for the hell of it.