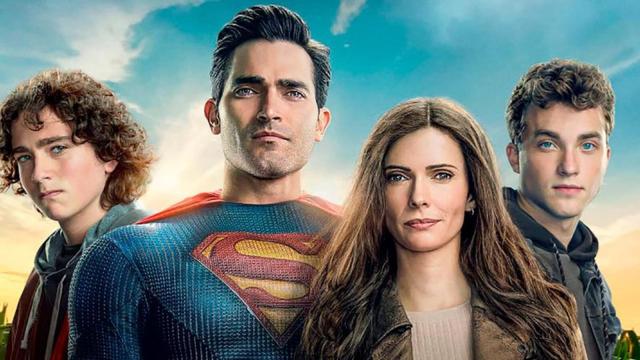 The CW’s Arrowverse shows just can’t catch a break. In the wake of Legends of Tomorrow and Batwoman being unceremoniously canceled, and The Flash confirmed to be ending with its next season, Superman & Lois is the last one standing. And yet, while fans can rest assured that a third run is on its way, they’ll have to adjust to a major shake-up to the Kent family as star Jordan Elsass has abruptly exited the series, with the character of Jonathan Kent set to be recast.

Our understanding of the situation is limited at this point, but Deadline reports that Elsass failed to check in with the network by the deadline required for the cast to return to Vancouver to start filming. “Jordan Elsass has notified the Studio that he will not be returning to Superman & Lois for season three due to personal reasons. The role of Jonathan Kent will be recast,” Warner Bros. Television announced via a statement to the press.

Across the first two seasons of the show, which features Tyler Hoechlin as Clark Kent and Elizabeth Tulloch as Lois Lane, Elsass appeared in every episode as Jonathan, one of the couple’s twin teen sons opposite Alex Garfin as Jordan Kent. So to say fans are stunned by this turn of events is putting it mildly.

Elsass has yet to address the situation online, but he has previously opened up about his struggles with his mental health online.

In light of that, S&L diehards are wishing him their best.

It’s hard to imagine the show without him.

The dynamic between the Kent boys was a highlight for fans.

Even Superman didn’t see this one coming.

There are various rumors circling in the wake of the news, including that Elsass left the production due to anti-vax views or that he refused to be part of a bisexual plotline for his character. Neither of these has been sourced with credible evidence at this time, though, so most fans seem to be resolutely on Elsass’ side and not the studio’s.