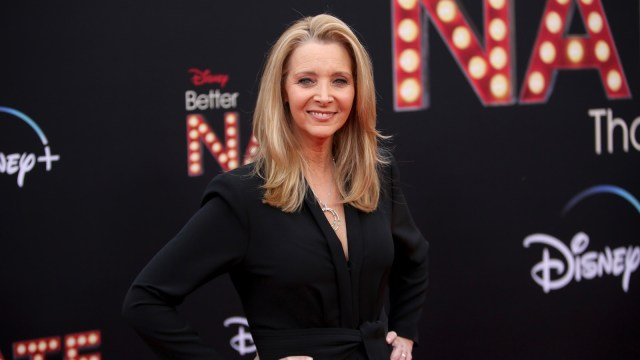 They can’t all be superhero movies. Although New Zealand director Taika Waititi has mostly been in the news for his long-running and successful collaboration with the Marvel Cinematic Universe, it shouldn’t be forgotten that the Thor: Love and Thunder cinematic tastes tend to run eclectic. That’s apparent in his latest passion project, a TV series relaunch of Terry Gilliam’s eccentric cult favorite, Time Bandits. And who better to star in it than everyone’s kookiest Friend?

Friends star Lisa Kudrow has been cast in the upcoming project to play the lead role of Penelope in the Apple TV Plus adaptation of the film, the first in director Gilliam’s so-called “Trilogy of Imagination” which also includes Brazil and The Adventures of Baron Munchausen. The original followed the adventures of a young boy named Kevin who inadvertently fell in with a group of diminutive self-proclaimed “international criminals” who traveled through time with the aid of a secret map made by “The Supreme Being.” The film was a box office success and has been a beloved cult movie since it was released in 1981.

While Kudrow’s character Penelope doesn’t appear to have an analog from the original film in the Waititi-helmed reboot (unless she is the Supreme Being — a role originally portrayed by British Shakespearean legend Ralph Richardson) Kal-El Tuck has been cast as Kevin in the new series as the protagonist, Kevin. Roger Jean Nsengiyumva will play Widgit, a “Bandit” that appeared in the original film. Others have been cast in what appears to be reimagined or entirely new roles such as Charlene Yi as Judy, Tadhg Murphy as Alto, Rune Temte as Bittelig; Kiera Thompson as Saffron, and Rachel House as Fianna.

The original film was a star-studded affair that included appearances from several of Gilliam’s Monty Python colleagues John Cleese and Michael Palin, as well as Sean Connery, Shelly Duvall, and Ian Holm. Audiences may likely be in for similar guest appearances as the series travels throughout the centuries.

The series will be produced for Apple TV+ by Paramount Television Studios, Anonymous Content’s AC Studios, and MRC Television. Waititi will produce alongside his longtime collaborator Jemaine Clement as well as Handmade Films which produced Monty Python’s Life of Brian as well as the original film.