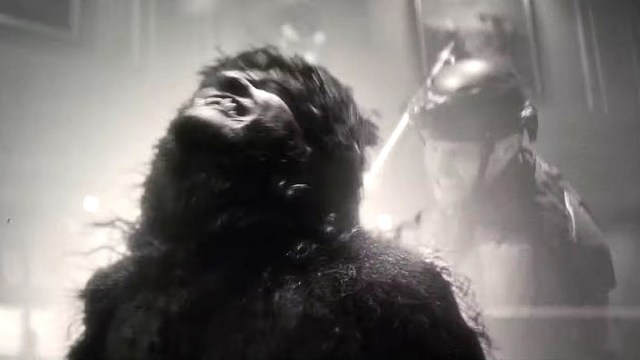 The debut of Werewolf by Night, the MCU’s very first Halloween special, last week could not have gone down any better as it now stands as the highest-rated of Marvel’s Disney Plus productions on Rotten Tomatoes. Clearly, this tells us two things — audiences want more of the horror side of the franchise, and they want more Special Presentations.

Yes, Werewolf by Night pioneered a whole new form of MCU content, a kind of middle-ground between movies and TV series, which in this case took the shape of an almost hour-long standalone story. Seeing as this first experiment has proven so successful, no doubt the studio will be moving forward with similar projects, hopefully ones that take place in the same supernatural corner of the universe.

So, if Kevin Feige and his crew are looking for some ideas for Special Presentations to follow Werewolf by Night, they may wish to pay attention to the following suggestions, all of which would make strong additions to the ever-growing saga.

First of all, the most obvious option for a follow-up to Werewolf by Night would be one featuring Jack Russell’s relative and near namesake, Vampire by Night. Jack’s niece Nica Price similarly sports the family’s curse of lycanthrophy, but she’s a special case as she was also bitten by a vampire, meaning she’s a rare hybrid between the two species. Rumors have pointed to the heroine appearing in Blade, which could only make her own Special Presentation more likely.

Man-Thing might’ve just stolen the show away from its title character in WbN, so Marvel definitely needs to offer up more of Ted, the surprisingly adorable swamp-monster with the heart of gold (and the power to burn those who know fear with his bare hands). A Man-Thing Special Presentation could even prove key to the unfolding Multiverse Saga, as the character is the Guardian of the Nexus of All Realities, a powerful multiversal gateway, in the comics.

Likewise, Laura Donnelly’s Elsa Bloodstone was another Werewolf by Night breakout star, so we’re desperate to see more from the monster hunter. By the end of the special, she had inherited her late father Ulysses’ riches and estate, including the coveted Bloodstone gem, so there’s lots to be explored there. A Special Presentation all about the character could even see her form an unlikely team-up with a similarly sardonic heroine, Krysten Ritter’s Jessica Jones. Hey, it’s what the fans want.

We’ve just got Marvel’s answer to the Wolfman, so let’s have the MCU’s very own Creature of the Black Lagoon turn up next. The brilliantly named Manphibian is actually an alien, from a race that resembles humanoid fish, who took off across space to hunt down his wife’s killer, eventually tracking the murderer to Earth. A cosmic horror story featuring a monstrous protagonist with a tragic backstory on a quest for revenge? Give it to us right now!

Sometimes the simplest superhero name will do, and that’s the case with Simon Garth aka Zombie. One of Stan Lee’s very first Marvel creations, debuting in 1953, Garth was kidnapped by a voodoo cult and used as a human sacrifice, only to rise again as one of the undead. Zombie’s unique hook is that he retains his soul and sentience, so he’s a zombie with a conscience. An MCU take on him could even hail from What If…?‘s apocalyptic universe.

Essentially the queen of monsters, Shiklah is the last of an ancient family destined to rule over the monster world. Dracula ordered Deadpool to fetch him her tomb so that he could wed her and claim control over the Monster Metropolis, the supernatural city that exists under Manhattan, but Shiklah and Wade ended up getting hitched themselves! Imagine how much fun a horror-flavored romcom starring Deadpool and Shiklah would be?

Universal failed to revive the Mummy craze with that awful Tom Cruise reboot in 2017, so maybe Marvel should have a crack at it instead? Enter N’Kantu, the Living Mummy. Once an North African prince, N’Kantu was enslaved by the ancient Egyptians and then mummified for leading a rebellion. 3000 years later, in the present, he escapes from his sarcophagus after the paralyzing fluid used to freeze him in a living death finally wears off. N’Kantu could almost be Marvel’s own version of Black Adam.

Just like Dracula exists in the Marvel universe, so does Frankenstein’s Monster. The creature — who also goes by the name Adam — has a long and storied history in the comics, having teamed up with everyone from Spider-Man to She-Hulk. Notably, though, he also serves as the butler and right-hand man to Elsa Bloodstone, so Marvel could always draw on that connection if they decided to stitch together a Frankenstein Special Presentation.

Wait, what’s Howard the Duck doing on a list of horror characters? Well, believe it or not, Duckworld’s most famous denizen actually hails from the supernatural side of the Marvel universe as he debuted in the pages of Man-Thing. Over the years, he’s remained pals with many a monster, including Frankenstein, not to mention battling Dracula. Seth Green’s frequent cameo star deserves his own starring vehicle, so an absurd horror-spoofing Special Presentation could be it.

Last but not least, however, the ultimate supernatural Special Presentation that we deserve has to be a Legion of Monsters team-up spectacular. Many of these characters, including Werewolf by Night, Man-Thing, and Elsa, have served on the aforementioned squad, which consists of Marvel’s monstrous characters, so it would be perfect if the studio could release a few of these standalones before bringing them together in a crossover special, akin to Netflix’s The Defenders. Make it happen, Feige.

For the moment, Werewolf by Night is streaming on Disney Plus.