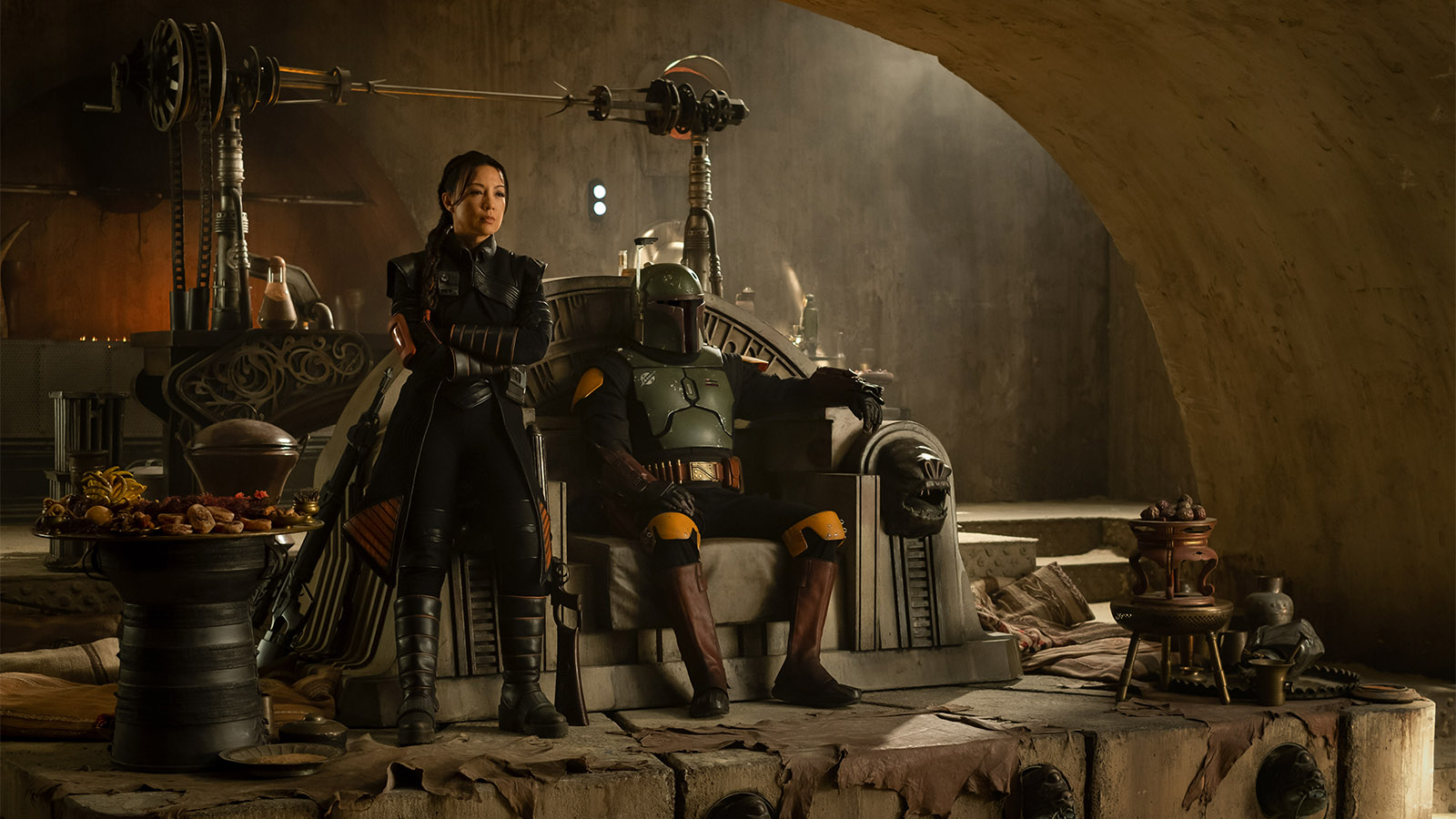 The Book of Boba Fett reached its fourth episode, titled “Chapter 4: The Gathering Storm”, today. While it might not have been the most shocking chapter of the Star Wars show so far — it’s a flashback-heavy storyline covering how Fett (Temuera Morrison) originally teamed up with Fennec Shand (Ming-Na Wen) basically telling us what we already knew — it did feature a few exciting bits and pieces for fans.

While it’s the episode’s final moments — which seem to promise a return of The Mandalorian‘s Din Djarin — that are grabbing most of the attention, there’s a small scene earlier in the episode that has to be a nod to an iconic character from the prequel trilogy. When Fett and Shand break into Jabba the Hutt’s palace in order to reclaim the former’s ship, they go through the kitchens, where a chef droid turns out to be more lethal than expected.

Upon noticing the intruders, the chef droid starts spinning its six arms in a threatening manner. He might not be armed with a quartet of lightsabers, but this droid definitely seems to have taken some pointers from General Grievous. All fans could think of during this moment was Grievous’ habit of twirling his weapons.

Maybe Grievous missed out on his true calling.

We demand a death match!

That name has to be canon now.

While there are many more overt callbacks to the wider Star Wars franchise in Boba Fett, this apparent nod to Grievous seems to have entertained fans more than some of the less subtle attempts to please people. Maybe Lucasfilm should take this as a sign that fans are hungry for more of the sadistic cyborg. Is it time to start the campaign for a Book of General Grievous miniseries?

The Book of Boba Fett, which only has three more episodes left to go of its seven-part run, continues Wednesdays on Disney Plus.