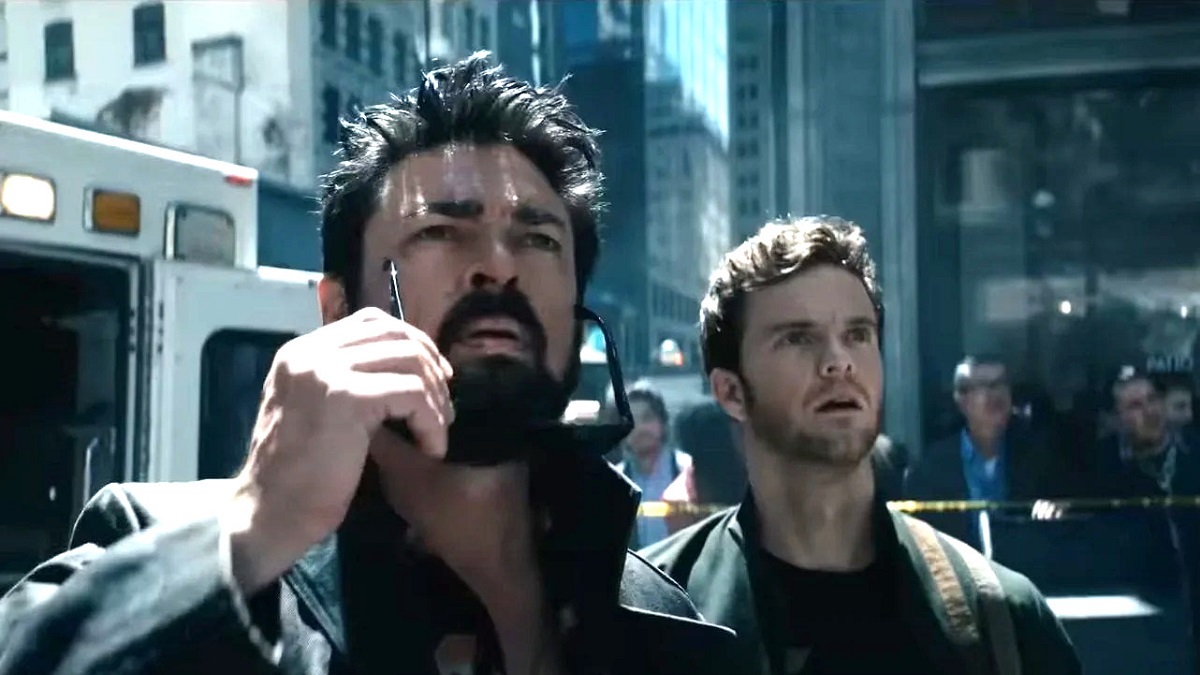 And with a show like The Boys, which is already known for pushing the boundaries to their absolute limits, one can only imagine how over the top the “Herogasm” episode will be.

But in either case, fans will have to wait until Friday for the “wee fluid exchange party” because apparently, it’s too NSFW (or NSFL, probably more accurately) to tease a proper look before the episode drops.

“This is the only footage legal would approve to show ya ahead of time,” the Amazon Prime series teased in a short clip posted to Twitter on Tuesday.

All jokes aside, showrunner Eric Kripke recently explained why there is more to the “Herogasm” episode than what’s insinuated in the title of the episode and why these hero orgasms are also not without heart.

“These characters who you thought would always stay together are falling apart, other characters are coming together, and it was more of a huge opportunity to bring almost all of our characters crashing into each other,” he continued. “I think that gives it weight that if it was just a bunch of naughty superheroes having weird superhero sex, it probably wouldn’t have worked or been good.”

“But I think that episode really lands because, not only are there crazy moments but there are many, many emotional moments,” Kripke added.

And then you have Karl Urban, who plays Butcher, who recalled the following delightful anecdote during the filming of the “Herogasm” episode.

“It’s difficult to talk about it without giving away too many spoilers, but I’ll tell you one thing,” he says, leaning forward. “Jensen [Ackles, who plays Soldier Boy, a hero in the style of Captain America] walked on set one day when they were shooting ‘Herogasm.’ He turned to one of the cameramen and said: ‘Hey, buddy, how’s it going?’ The cameraman has this thousand-yard stare and goes: ‘Dude, I’ve seen some shit.’”

That all sounds … very emotional, indeed. “Herogasm” premieres on Friday, June 24, after which no man, woman, or child will evidently be safe.