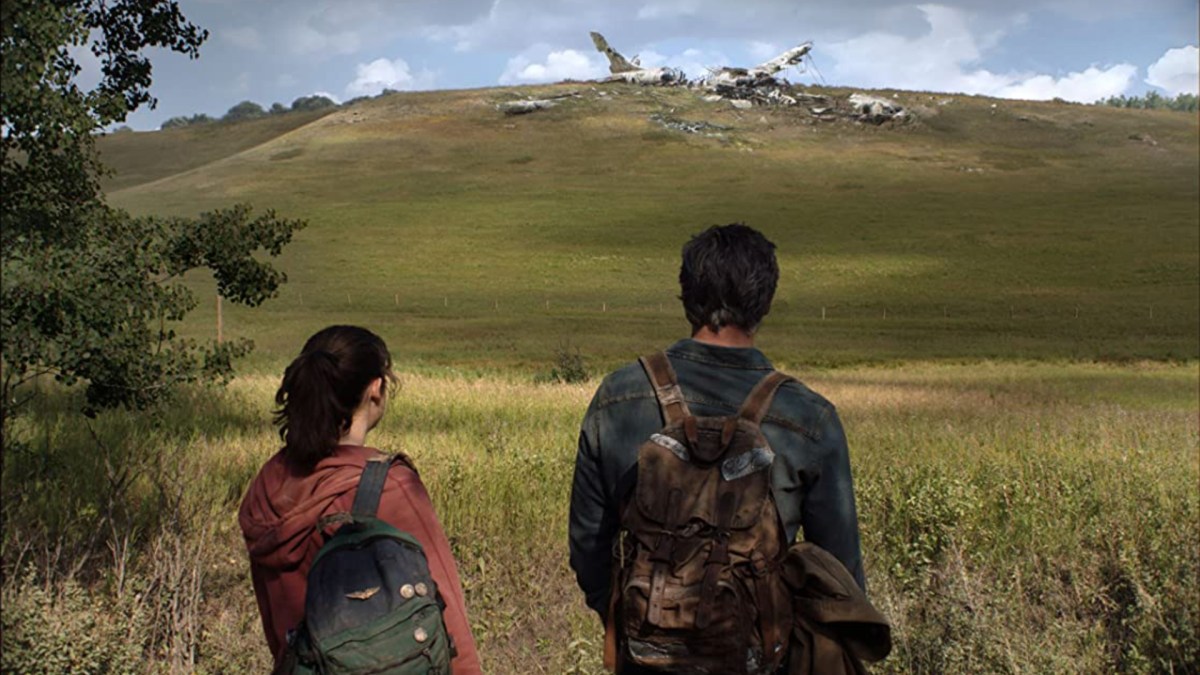 Image via The Last of Us/IMDb

The HBO adaptation of The Last of Us, Naughty Dog’s accomplished post-apocalyptic video game, is headed to audiences next year.

Fans of the video game series are awaiting the televised adaptation with a combination of anxiety and elation. If the show is executed well — we’re talking Game of Thrones’ first few seasons here — it could be an absolute triumph. The story it’s based around is incredibly deep, filled with rich characters, a fleshed-out and enthralling world, and a truly captivating storyline. The games themselves are cinematic and utterly stunning and provide all the puzzle pieces necessary to make a truly magnificent television series.

If HBO decides to stray too far from its source material, however — looking at you, Resident Evil — The Last of Us adaptation could be an instant flop. The team at HBO has everything it needs to make a stellar series, so we’re hoping for the best, but there’s always the chance that things could go sideways. All we can hope is that the streamer treats Naughty Dog’s source material with the respect it deserves.

These thoughts, and plenty more, are swarming in fans’ minds as they await further details on the show’s development. The drop of a recent full-length trailer for season one is renewing hope that the series will be as captivating as the games that inspired it, and ramping up discourse about the impending series. A few particulars — like the leading cast members — have fans hopeful that the show will do well, but details about some of the extended cast have been scarce.

The full cast of HBO’s The Last of Us

The entire cast of HBO’s upcoming series is finally public knowledge and we’re absolutely delighted to share it with you. Here’s who you can expect to see gracing screens when The Last of Us finally drops in 2023.

Pedro Pascal will helm the television series as Joel Miller, the stalwart but grouchy primary protagonist of the first video game. Joel is a nuanced and complex man, hardened by years of bitter survival in post-apocalyptic America. His character begins his story with one of the gaming world’s most heartbreaking openings, only to plunge into a brutal and vicious existence in a world he no longer recognizes. His eventual growth, urged along by a slow-burning friendship with Ellie, is truly a beautiful thing to behold.

Pascal has become a genuine darling among viewers over the last several years. The Chilean-American actor made his debut in the late ’90s and early 2000s but rocketed to prominence following his role as Oberyn Martell in HBO’s Game of Thrones. In the years since, he has been a regular in several massively popular shows, including Netflix’s Narcos and Disney Plus’ The Mandalorian.

The second protagonist in Naughty Dog’s viscerally captivating series will be played by another Game of Thrones alumnus. Bella Ramsey, who blew fans away with her stunning portrayal of Lyanna Mormont, will play Ellie in the upcoming series, bringing all her charisma and unbeatable guff to one of the gaming world’s best female protagonists. Ellie is still a young teen in the first The Last of Us title, but her age doesn’t prevent Ellie from being a nuanced and capable character, one whose grit carries her through a genuinely harrowing storyline on several occasions.

Ramsey blasted onto the acting scene with her role in Game of Thrones and was soon fielding dozens of offers across genre lines. She has since appeared in a hearty handful of roles, from HBO’s popular His Dark Materials to short films like Requiem and Villain. The young actress recently rang in her 18th birthday, so her star is only set to rise from here.

The unmatchable Nick Offerman is also joining the cast of The Last of Us as the irritable but endearing Bill. The character is set to appear in a full 10 episodes of the first season, which indicates that the team at HBO may be planning to stretch the events of the first game out over several seasons. His character is a major player in the video game behind HBO’s series, but his role in the game isn’t nearly as major as some of the other characters.

Offerman is a deeply beloved actor best known for his role as Ron Swanson in NBC’s Parks and Rec. His gift for a particular flavor of deadpan humor is unparalleled, and we can only hope that he brings a similar gruff charm to his role in The Last of Us.

Filling the role of Tess, a close friend and maybe love interest of Joel’s, is Anna Torv. Torv is one of the lesser-known actors among The Last of Us’ main cast, but still has a lengthy history in Hollywood. Her character balances the harsh survival instincts of Joel with compassion and amity, proving that one can survive in the apocalypse’s brutal conditions without entirely abandoning your humanity.

Torv is best known for her roles in Netflix’s Mindhunter and Fox’s Fringe. She brings years of experience in dramas and thrillers to the table and seems to be an excellent fit for this hugely important character.

Another of The Last of Us’ heavy-hitting female characters, the Fireflies’ Marlene will be played by Broadway musical mainstay Merle Dandridge. Marlene’s arc is one of the most important in the entire plot of The Last of Us, as she works tirelessly to help the Fireflies find a cure for the world-ending Cordyceps brain infection.

Dandridge is best known among Broadway fans for her roles in shows like Rent, Spamalot, and Jesus Christ Superstar. She has also appeared in a smattering of television projects, including Sons of Anarchy, The Newsroom, and Greenleaf.

Appearing as Joel’s estranged brother Tommy, Gabriel Luna joins the cast of The Last of Us after a brief break from the film and television scene. His last role saw Luna appear as Rev-9 in 2019’s Terminator: Dark Fate, before the 39-year-old actor took a break through much of the COVID-19 pandemic. His return to television will place him alongside Pascal, Ramsay, and — eventually, we assume — the woman cast to play his wife, Maria Miller.

Luna has a long history in film and television, one that started back in the mid-2000s with 2005’s Fall to Grace. Since then, he has appeared in a smattering of projects, including Marvel’s Agents of S.H.I.E.L.D and the El Rey Network’s Matador.

Tapped to act alongside Offerman as his longtime partner Frank, we have Murray Bartlett of Looking fame. Frank’s presence in The Last of Us is extremely limited, but it looks like he’ll play a far larger role in the HBO series. He’s slated to appear in a full six episodes in season one, which likely means that the show intends to explore his background in a way the game was unable to.

Bartlett’s presence in Hollywood is mostly restricted to short films and Australian television programs, like The Secret Life of Us. He also had a stint on Guiding Light, one of America’s longest-running soap operas, and more recent viewers might recognize him from Netflix’s — now Disney Plus’ — Iron Fist as well as the HBO Max hit The White Lotus.

Jeffrey Pierce’s name might look familiar to die-hard The Last of Us fans. That’s because he’s the actor behind Tommy’s voice and motion capture in both the original game and Part II. Pierce is a bit too old to play Tommy in a live-action release these days — not to mention the lack of similarity between his and Pascal’s appearance — but HBO brought him to their project by casting him in another role. Pierce is set to play the character of Perry, a survivor-turned-rebel who didn’t appear in the original video games.

Pierce brings more than his experience with The Last of Us to the table. He’s worked in television and film for years, starring in shows like For the People, Charlie Jade, and The Tomorrow People and appearing in minor roles in a number of films.

She’s only 18 years old, but Storm Reid already has more experience than several of the performers on this list. She blasted onto the scene with a role in 2013’s 12 Years a Slave and followed the role up with starring credits in A Wrinkle in Time and Hulu’s The Bravest Knight. She’s set to play Ellie’s longtime friend Riley, another youth growing up in a post-apocalyptic world.

Riley crops up in several The Last of Us releases and is a hugely important part of Ellie’s life. Their friendship helps immensely to shape her and additionally assists in setting up the events of the first game.

The youngest member of the cast, Nico Parker joins Pascal, Ramsey, and the rest as Sarah Miller, Joel’s young daughter. The actress behind the character is 17 years old, which might mean that Sarah’s age is getting a boost, or she may simply have a youthful enough face to pull off a younger role.

Parker made her debut in 2019’s Dumbo, and soon followed the role with HBO’s The Third Day and Reminiscence. Despite her already flourishing career, The Last of Us will be one of Nico’s first roles.

The remainder of the cast is comprised of several big names — like Graham Greene — and lesser-known stars. Many of the remaining cast will appear in single episodes, likely as members of the Fireflies, military members, or hostile survivors. Even Troy Baker and Ashley Johnson, the stellar talents behind Joel and Ellie in the games, will feature in the series in thus-far undisclosed roles.

A set of stellar directors is set to bring us separate episodes, with Naughty Dog Co-President Neil Druckmann pivoting from his role as writer to direct one of his own. Druckmann is also stepping in to help produce the series, amping up hope amongst fans that HBO will produce a faithful adaptation of their beloved video game series.