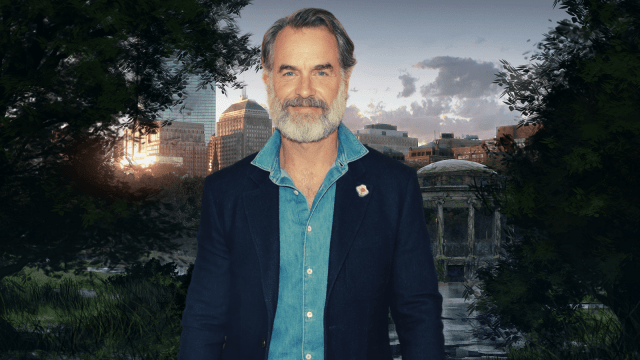 To the surprise and delight of gamers and HBO lovers everywhere, The Last of Us TV series is not too far off, but that’s not stopping the hype for the incoming video game adaptation from intensifying.

Murray Bartlett, who will be filling the shoes of Bill’s partner Frank on the show, added fuel to the fire by claiming that one particular episode script he had read was one of “one of the best episodes of television” he had ever read.

Bartlett has built up quite the extensive acting resume since his humble beginnings on local soap operas in his native Australia back in the 90s, culminating in an Emmy for his role in The White Lotus, a show which absolutely dominated the Television Academy’s show this year. A claim from such a tenured actor is no small thing. He tells Collider of the episode on question:

“It’s beautiful. It’s beautifully written. There are these zombie creatures in it, but it’s tender and it’s human. I think it’s gonna be really special. I haven’t seen any of it yet, but I’m really proud of the work we did and I think it could be really, really wonderful.”

While Bartlett admits he’s not overly familiar with the source material, Naughty Dog’s video game The Last of Us from 2013, he seems to have a lot of love for it, telling the publication he did some research into the beloved PS3 title in preparation for his role.

Murray Bartlett will play the partner of Nick Offerman’s character Bill on the show, who Joel and Ellie (portrayed by Pedro Pascal and Bella Ramsay, respectively) encounter over the course of their cross-country journey.

The Last of Us premieres on HBO on Jan. 15, 2023, and we’d recommend getting a few tissues ready for the emotional story beats the series is almost certain to adapt. Bolt down your couch as well, because you’ll probably more often than not be on the edge of it, because, you know – zombies.