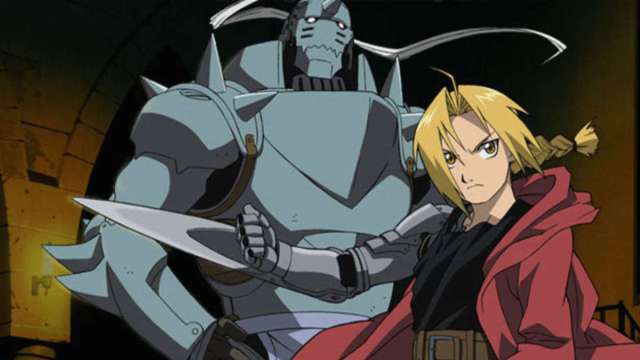 Fullmetal Alchemist: Brotherhood is considered one of the greatest anime of all time. Written by Hiromu Arakawa, the world of Fullmetal Alchemist is fantasy-meets-science fiction, where individuals can learn to use alchemy — an ability to change the matter around them — with many specializing in specific fields.

The story follows Edward and Alphonse Elric, two talented young alchemists that are seeking a philosopher’s stone so they may return to their original forms, which were lost when they tried to go beyond the natural bounds of alchemy by attempting to resurrect their dead mother through human transmutation. They are not the only ones seeking the ability to create a stone, but what contrasts the two protagonists with the more villainous characters in the anime, is what they are willing to do, or in their case — not do — in order to attain this power.

They join the military as State Alchemists and quickly discover that there is something deeply wrong with their country. Through their research, they uncover a government-wide conspiracy and the disturbing truth behind why their country, Amestris, is a land of peace surrounded by war.

The central theme of the story is human nature, looking at humanity’s best and worst, but also the gray areas in between. Arakawa writes villains just as well as the protagonists, each one has their own motivation and methods. Many characters are so caught up in their own desires and goals that they are happily willing to sacrifice anyone and everyone to attain them, whereas others simply enjoy sowing fear and destruction.

In a show littered with questionable characters — ranging from genocidal megalomaniacs to sadistic thrill seekers — these are the top 10 most hated characters.

Cornello only appears in the third episode of Fullmetal Alchemist: Brotherhood, but he is quite the detestable character who uses people’s desire for hope to con them as a “religious man”. Some fans believe that his story was better served in the original anime, but Brotherhood glossed over it a little seeing as it had already been done before.

Cornello allowed himself to be used by the homunculi to create civil unrest — desiring wealth and power — believing he could create an army of religious zealots that would die for him. Manipulating religious belief for your own gain is not uncommon in the real world as well and makes an individual easily hateable.

He is the first of Father’s homunculi children and embodies the nature of Pride. Discovering that sweet little Selim Bradley, son to the King, was actually the oldest and most deadly of the homunculi was a great twist in the story. Pride cares little for his siblings, easily killing and absorbing Gluttony in order to gain his skills. He is narcissistic and self-aggrandizing, exactly what you would expect for the embodiment of the sin pride.

The only real feeling he ever lets on to is that he cares somewhat for his adoptive mother. So perhaps there is a shred of humanity in him somewhere.

As with many of the villainous characters enamored with the offer of immortality, General Raven has a rather Machiavellian approach to life. Originally trusted by Mustang for his kind nature, Raven eventually reveals his true colors and just how far the level of corruption goes when he shows Mustang that all of Central Command is in on the plan to sacrifice millions for the immortality of a few.

He is tricked into revealing his plans to Major General Olivier Armstrong, whom he tries to seduce with the promise of immortality, in a slightly lecherous way as well. He is so desperate to see the plan come to fruition before he dies that he fails to notice he is being used as a pawn by Father.

Many hate Wrath simply because he had us fooled for quite some time. Wrath first appears to the audience as King Bradley, ruler of Amestris and head of the military. At first, he seems genuinely quite pleasant and laid back for a ruler — even mischievous at times — but we come to realize it’s all a ruse. The man has a tremendous amount of fury that he struggles to contain as he is actually the vessel for the homunculus wrath.

Unlike the other homunculi, Wrath is still human and separates himself somewhat from the others, even going as far as sympathizing with humanity from time to time. Where fans come to hate him though was when, during Hughes’ funeral, what at first appeared to be him shaking out of grief for his fallen soldier, turned out to be him shaking in anger as Hughes’ daughter ruined the silence with her crying.

He is a confusing character but seeing as he seems happy with the plan to sacrifice the nation he is meant to serve, fans have every right to hate him.

This creepy character works behind the scenes enacting Father’s plans. He is seen in the flashbacks to be the one administering Bradley with the liquid philosopher’s stone to create Wrath, a procedure that had multiple fatal failures before. The doctor is happy to experiment on individuals to further Father’s goals, but also to gain more knowledge for himself, blinded to humanity by his own desire to see his experiments work.

He tries to force Colonel Mustang to open up a gate of truth by slashing Riza Hawkeye’s throat in front of him, which would have forced him to use human transmutation. The doctor is happy to use others, including the men he trained, as pawns to sacrifice their lives for his cause but proves to be a coward when it’s his own life at risk.

Though this character has very little screentime, his actions are enough to cause some major hate to be aimed at him. As the ruler of Xerxes, a prosperous and advanced land, the king seemed to be originally well-liked by his subjects. But as he aged and death drew near he became frantic to avoid his fate, desperate enough to go along with the plan of The Dwarf in the Flask and sacrifice the lives of his entire kingdom in order for himself and his court to gain immortality.

Of course, he didn’t exactly get what he bargained for and died alongside his countrymen, to create the first-ever philosopher’s stone. He was the first in a long line of humans that allowed themselves to be manipulated by the homunculus for their own greed.

Kimblee’s twisted mind is despicable and his actions are considered more so because he is human and yet acts in such an inhumane way. As a State Alchemist during the Ishval war, Kimblee reveled so much in the destruction that he used his explosive style of alchemy on innocent targets. These acts caused him to be imprisoned after the war ended, though he was later released by the corrupt government when they had a need for him.

Kimblee is an interesting amoral character, happy to observe from the sidelines or get involved with either side, depending on how he feels about it. He genuinely respects those with strong abilities and convictions and will attack anything he believes to show weakness, even taking on Pride from within when the homunculi strays from his ideals.

He delights in causing pain, saying that the screams of tortured souls are but a lullaby to him, and he fully deserves the hate that he gets for his lack of empathy and humanity.

Father was the original Homunculus, created eight centuries prior to the main story in the now lost city of Xerxes. Created through alchemy and using the blood of a slave boy — who would become Van Hohenheim — they manipulate the desperate King into believing he can reach immortality by sacrificing all of his people, only to betray him and use the sacrifices to create a philosopher’s stone powerful enough to grant him his own immortal body.

They seek to overthrow God, which requires enormous power, so they create the land of Amestris — ruling from the wings, planning wars in specific areas — to create a huge alchemical transmutation circle powered by the bloodshed. The transmutation circle would then sacrifice everyone within it in order to grant Father the power to tackle God or “Truth” as he is known.

His complete disregard for anyone’s life but his own — creating violence and instigating wars over centuries for his own selfish ends — marks him as one of the greatest villains in anime history.

Despite not being the big bad of the show, Envy has earned the ire of fans for their truly despicable acts. As one of the seven homunculi, Envy has the ability to transform into anyone. They are responsible for the shocking death of one of the series’ most beloved characters, Maes Hughes, a family man who loved his wife and daughter beyond all things.

Not only did they kill Hughes, but they took the form of his wife to do so, causing Hughes to pause before striking, making the last thing he saw the image of his wife grinning as she killed him. They then set up Second Lieutenant Maria Ross for the murder of Hughes — leading to her execution — which she thankfully escaped with the help of Colonel Mustang.

Not to mention it was their actions that were the catalyst for the bloody war in Ishval when they took on the shape of an Amestris soldier and shot dead a young Ishvalan girl. They delight in causing chaos, pain, and suffering, seeing humans as nothing but worms beneath them, though through their tragic and pathetic defeat we come to realize how much they envy humans.

Shou Tucker is not just the most hated character from FMA: Brotherhood, but often tops the list of most hated anime characters. For a character that doesn’t even get that much screentime, it’s an impressive feat, one he has achieved by committing one of the most heinous acts in anime history.

Scared of losing his license — having not produced anything of note since his last chimera two years prior — Tucker uses his adorable young daughter Nina and the family dog, Alexander, to create a new one. When showing his creation to the Elric brothers, the chimera looks at Edward and says “Edward… Big Brother,” causing a horrified Edward to grasp the truth. Edward surmises that the first chimera was Tucker’s “missing” wife and then attacks the scientist who claims that all science requires sacrifice and that human testing is to be expected when advancing science.

Fans were truly disgusted by the scientist’s actions, finding him utterly repulsive and pathetic, and have since viewed him as one of the most detestable anime characters of them all.

Watch all these villains in action, as Fullmetal Alchemist: Brotherhood is available to stream on multiple platforms, including Netflix, Hulu, and Crunchyroll.