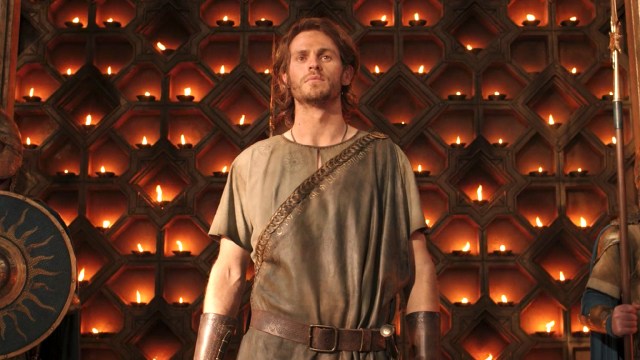 Warning: The following article contains spoilers for The Lord of the Rings: The Rings of Power season one, episode eight, “Alloyed.”

Charlie Vickers has shared how the big reveal in The Lord of the Rings: The Rings of Power finale will contribute to his performance in season two.

In an interview with ComicBook, Vickers revealed that it surprisingly doesn’t impact his performance all that much — at least not in an obvious way.

“I mean, to be honest, it hasn’t changed my approach to the character that much compared to season one at this date, because I knew for most of season one, really. It’s just that now it’s out in the open. I guess that’s where the difference is. And it’s in the writing mainly. We get to see Sauron openly doing his thing, at least from the audience’s perspective. The other characters don’t know, but I think for me, it’s quite interesting to be able to play things a bit more with the knowledge that the audience is in on it with me now. It informs some of the decisions I make. That’s the main difference this season, I would guess.”

In Rings of Power, episode eight, it’s revealed that Halbrand is actually the Dark Lord Sauron. He’s been manipulating Morfydd Clarke’s Galadriel to get Celembrimbor to forge with the mithril and travel to Mordor to properly reign. The second season will see him step more into the role of Sauron. Though he’s evidently not expecting a major shift, his presence will be influenced by everyone knowing the big secret.

Vickers did reveal that playing Sauron came with one big challenge. In the books by J.R.R. Tolkien, Sauron doesn’t have a body and he’s more like a dark and powerful force. When asked if he thought about how he’d humanize the villain, Vickers said it was a dilemma he confronted with how he portrayed Halbrand.

“It’s something I think about a lot, and I think that so far with Halbrand, at least in his deception, I leant into making him human because in order to deceive someone like Galadriel or deceive the people that he meets, he has to be fully invested in this kind of persona that he’s created. If there are any sort of things that don’t sit as human in his form as Halbrand, then he would start to raise alarms. So I really invested in making him as human as possible. But then there are some elements that, for example, in the finale, changed some things that I consciously shifted like the placement of my voice and the posture. It’s hard to put a finger on all the intentional things I did, but it was more like letting in years of experience, I think.”

There’s an almost insurmountable level of lore in Tolkien’s epics, and it would be quite the undertaking for anyone. Well, hats off to Vickers and the rest of the Rings of Power team. Showrunners J.D. Payne and Patrick McKay found a balance between canon and creative freedom, and Celebrimbor actor Charles Edwards said that he didn’t want to go too far down the Tolkien rabbit hole.

The Lord of the Rings: The Rings of Power is available to stream on Amazon Prime Video.