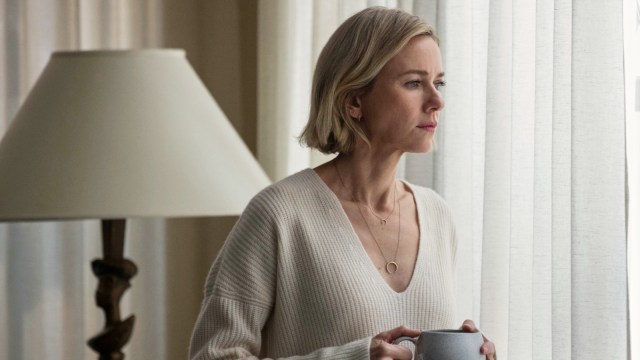 Warning: Spoilers ahead for Netflix’s The Watcher!

The Watcher, Netflix’s Ryan Murphy-helmed, true-crime miniseries that arrived just in time for Halloween, had all of the makings of a hit. Between its super creepy premise, based on a real-life true story, and all-star cast including Naomi Watts, Bobby Cannavale, Jennifer Coolidge, Margo Martindale, Mia Farrow, and Richard Kind, it’s no wonder that it made short work of knocking Murphy’s other true-crime miniseries, Dahmer – Monster: The Jeffrey Dahmer Story, out of the streamer’s top spot.

So why then, was the series immediately panned by critics and audiences alike?

Well, there are a few reasons for this. One reason is that the series is only loosely based on the series of events that transpired at 657 Boulevard in Westfield, New Jersey. And given that the story, which involved mysterious letters threatening the real-life Broaddus family, had already managed to capture nationwide attention, it really didn’t really need all that much embellishment.

But Ryan Murphy is not known for his subtlety. And as such, the writer and director threw everything at the wall from dead ferrets and wacky neighbors to ghosts and secret basement tunnels, which overshadowed the actual, well, story.

However, one area where Murphy and company didn’t take creative liberties was the ending. After introducing a red herring in the form of the family’s private investigator Theodora Birch (Noma Dumezweni), who inexplicably gave a false confession to being The Watcher before dying of cancer, the miniseries ended just like the real story did — without any real answers.

The Broadduses never learned who was terrorizing them, and after selling the house at an over $400,000 loss, the mysterious caller seemingly disappeared, never to be heard of again.

So if Murphy was going to essentially go nuts with the story, why he stopped short of the ending is anybody’s best guess. And after seven episodes of hair-raising twists and turns, viewers were very understandably unamused with the ending of The Watcher — as many sounded off on Twitter after binge-watching.

If it’s any consolation, the frustration viewers felt while finishing The Watcher is still nothing compared to the ordeal that the real Broaddus family — who never even got so far as moving into the house — were subjected to. Still, we may never know who the real-life titular Watcher was, who may be dead by this point, had targeted the family, or, in one popular yet implausible theory, may have been the work of the family themselves.

Perhaps one day all will be revealed, and a more competent director will get a shot at bringing the story to screen — though, preferably, in a tighter, sub-120 minute running time.