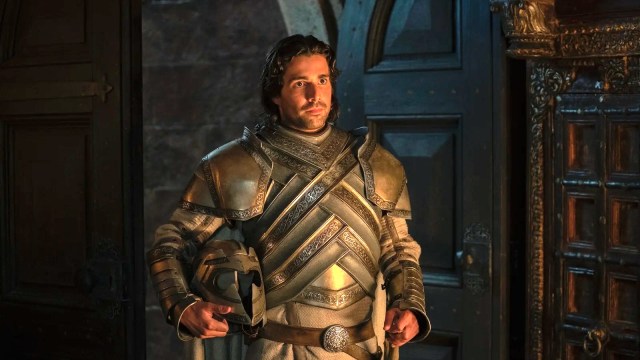 Warning: This article contains spoilers for Episode 5 of House of the Dragon.

Episode five of House of the Dragon had fans excited for next week as it began to set up the main plot for the show. Not to mention, it also featured the debut of the adult versions of Rhaenyra Targaryen and Alicent Hightower. But Milly Alcock and Emily Carey were not the only actresses fans praised, as there was another actor who performed splendidly in the new episode.

Over on r/HouseOfTheDragon, fans praised Fabien Frankel as they were impressed with his recent performance as Ser Criston Cole. To recap, and a final spoiler warning for those who need it, Criston asked Rhaenyra to leave everything behind and run away with him so they could get married out of love. However, the future queen of King’s Landing rejected his offer and he took offense to that because he broke his oath as the Kingsguard when he had sex with the princess. From there, in true Game of Thrones fashion, drama and violence ensured during the welcome party for Rhaenyra and Ser Laenor Velaryon’s wedding.

Fans of the show expressed how well Frankel played the part of Rhaenyra’s protector and possible lover while cementing the fact that you don’t date your coworkers.

Others believed that Frankel knew his character very well and that he was able to convey Criston’s innocence and beliefs very convincingly.

Fans are excited to see what happens next to Criston as he wasn’t executed or punished for his crimes, especially during the party. Not to mention, his life was spared by Alicent and his friendship with Rhaenyra has changed.

Episode six of House of the Dragon will have a major time jump as Eve Best and Olivia Cooke will be playing the adult versions of Rhaenyra and Alicent. If you want to prepare yourself for what’s to come in the future, Episodes one to five of House of The Dragon are available to stream on HBO Max.