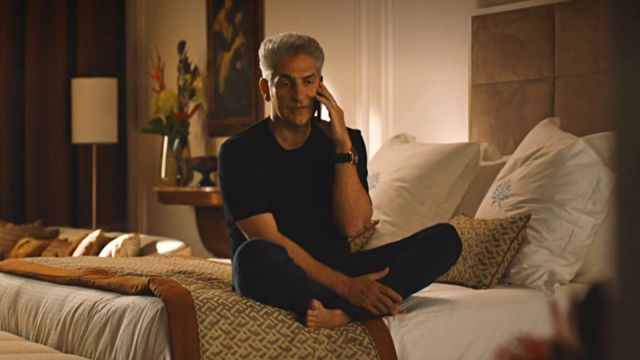 People on social media are absolutely freaking out when they learned there was a huge celebrity cameo in the debut episode of the second season of HBO series, The White Lotus, and it is completely unexpected.

Despite not making an on-screen appearance, it has been confirmed that Laura Dern had a small, yet dramatic cameo during the show’s season two premiere.

Vulture confirmed the speculation that the voice heard during the phone call scene between Dominic Di Grasso and his ‘presumed’ ex-wife was from Dern. Dern has worked with the show’s creator, Mike White, in the past on HBO’s Enlightened. It’s no surprise to see her in another of his works, even if it’s just her voice.

It was revealed in the trailer for the second season that none of the women of the Di Grasso family want to do anything with the male members. Dern’s phone call scene showcased just how bad it is. In the first episode, Dern gave an amazing dramatic performance as Abby, crying and yelling at Dominic, telling him to “never contact her again” and that she and their daughter want nothing to do with him anymore.

Fans praised Dern for her acting during that scene, saying that her voice alone “stole the show.” Fans were shocked to know that it was Dern on the other side of the line as they can tell by the way she sounded but were unsure since there was no face.

The White Lotus is a comedy-drama series about a fictional hotel chain. Season two is set in a different branch of the hotel in Sicily, Italy, with a brand new set of characters to follow. It’s currently unknown if Dern would make a re-appearance, but you can catch her in episode one on HBO Max.