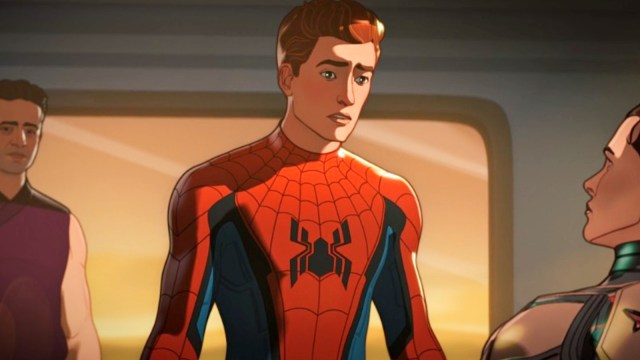 Months ago, Marvel announced an animated series about Spider-Man coming to Disney Plus called Spider-Man: Freshman Year, with reports now indicating the Marvel Cinematic Universe’s Tom Holland won’t be returning for the role.

The show, which was first announced via the official Marvel Studios Twitter account on Disney Plus Day on November 12, 2021, will be “An animated series that follows Peter Parker on his way to becoming Spider-Man in the MCU, with a journey unlike we’ve ever seen and a style that celebrates the character’s early comic book roots,” according to ComicBook.

While Tom Holland is a much-beloved actor when it comes to his portrayal of Peter Parker / Spider-Man in the MCU films, it looks as if he won’t be returning for the role in the animated show Spider-Man: Freshman Year, according to “sources” who confirmed the casting decision to the website The Illuminerdi.

It won’t come as a surprise to fans of Marvel’s other animated show, What If…?, and especially those who took note of the credits, since Peter Parker appeared as a character in episode five but was similarly not voiced by Holland. Instead, the web-slinger was voiced by Hudson Thames.

“I don’t know why anyone is surprised at this,” one Twitter user wrote of the news. “Holland’s probably so busy right now he couldn’t do it anyway. Get someone else to voice him. Not that big a deal.”

Someone with a skewed sense of guessing people’s ages reckoned the British actor was probably too old to play a high school freshman at this point, and we can’t say he’s wrong.

Another user was just eager to find out whether more details about the show would be revealed this weekend, presumably at the upcoming San Diego Comic Con, where Marvel is expected to have a prominent presence.

“I hope we find out if it’s canon this weekend. Or if it’s in a different universe and not the main MCU timeline.”

Guess we’ll just have to collectively hold our breath about new details for Spider-Man: Freshman Year, including who will play Peter Parker, when the show hits Disney Plus “soon,” according to Marvel.