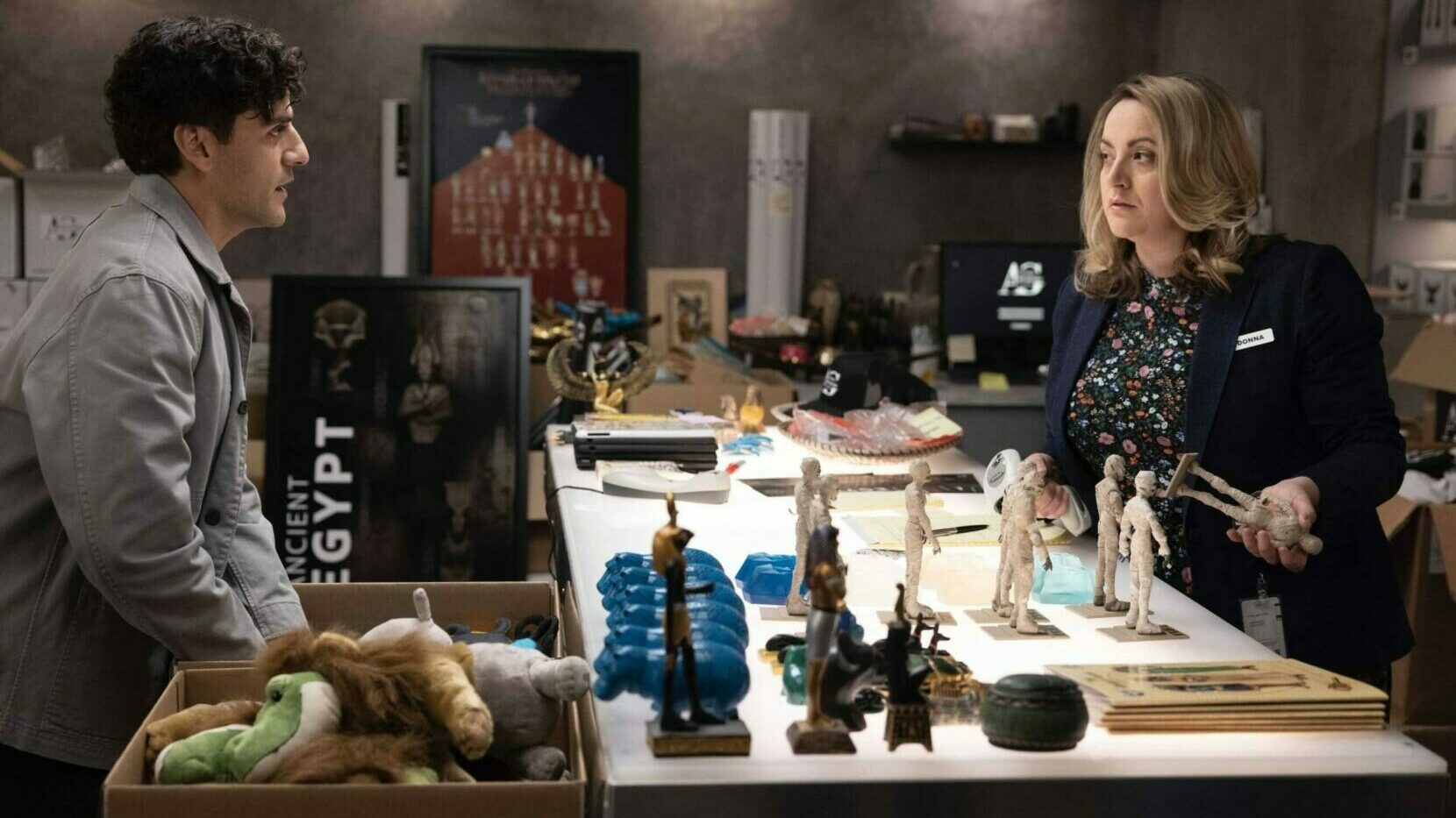 Marvel fans are already piling on the hate for a certain Moon Knight character, even after just one episode. The latest MCU streaming series launched today, with viewers instantly falling for Oscar Isaac’s muddled mystically powered mercenary. But not everyone in the show is as popular with audiences. Donna, Steven Grant’s bitchy boss at the British Museum gift shop he works at, is coming under fire from all quarters on social media.

Even though Steven — one of Marc’s alters — is a total sweetheart with a genuine interest in Egyptian mythology, Donna (as played by Lucy Thackeray) treats him with contempt at all times, clearly not caring at all for his wellbeing and punishing him for the slightest of offenses. In a series that’s about a guy who’s been chosen as the superpowered avatar of an ancient god, folks weren’t expecting to relate so much to Steven as it seems everyone’s got some experience with a hateable boss like Donna.

You need to understand, people really despise her.

He has one goal in life, let him have it.

Ethan Hawke’s creepy cult leader Arthur Harrow might ostensibly be the big bad, but fans are in agreement that Donna is the real villain of Moon Knight.

At the end of episode one, Harrow has sent his goons, plus an actual friggin’ monster, to the museum to apprehend Moon Knight, causing much havoc and destruction. We’ll have to see whether this means Steven will be leaving his job behind and if Donna will have much more to do in the show going forward. But fans are definitely hoping that she’ll get some kind of comeuppance for the way she treated her employee.