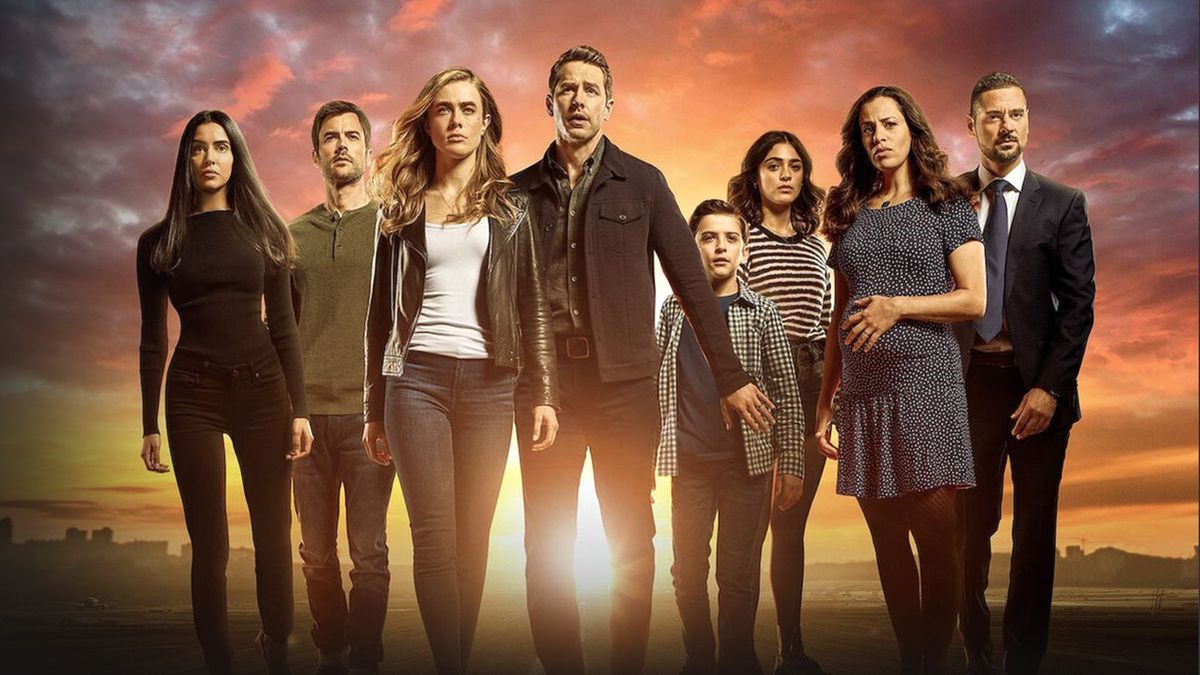 Manifest is one of the most surprising breakout dramas of the last few years. First hitting screens in 2018, the show was a moderate success for NBC, but when Netflix added it to its catalogue in 2021, it really took off thanks to loads of memes and TikTok videos mocking or otherwise referencing the show’s premise. In fact, this viral upswell was so impressive that Netflix has since decided to make a fourth and final season of the show.

If you’re looking for a gripping storyline to tide you over until season four of Manifest hits screens, here are 10 other shows that will scratch your itch for long-form supernatural mysteries, from cult classics that still hold up to other offerings that, like Manifest, were overlooked during their initial runs.

This Australian TV series made waves when it landed in 2015 and quickly picked up a second life when it was released on streaming platforms. The series is set in the regular town of Yoorana, Victoria. Local police officer James Hayes is doing his usual routine when he gets called to the local graveyard. There he finds that seven people have risen from the dead, and while these people are in perfect health, they have no memory of their former lives or personalities. James has to try and keep this strange event secret until he gets to the bottom of it, but the people who have come back are desperate to rebuild a life and learn who they are.

Glitch is full of mystery and suspense and is a unique take on the supernatural mystery genre, making it a must-watch show for Manifest fans.

One of several shows based on Jason Mott’s novel The Returned, Resurrection launched in 2014. The town of Arcadia, Missouri, is a boring sleepy town, but one day the residents’ loved ones come back from the dead, seemingly unchanged from the day they died. This, of course, sparks confusion with people trying to work out exactly what happened.

A fascinating story full of twists and turns, Resurrection touches on many of the same themes as Manifest, but it takes them in a very different direction that will keep fans of Manifest on the edges of their seats for the entire duration.

Based on the popular novel series written by Blake Crouch, Wayward Pines launched in 2015. When two Secret Service agents go missing in the small town of Wayward Pines, a third agent named Ethan Burke is sent in to investigate and track them down. However, when Burke gets involved in a car accident, he learns that he can’t leave the town and can’t seem to contact the outside world, suggesting that something more sinister is at play. Now totally trapped, Burke has to get to the bottom of the mystery and escape the town, especially as other forces are soon keen to stop him.

Packed with tension and mystery, Wayward Pines is a gripping take on the “strange town” genre, and once you start, you won’t be able to put it down.

In the eyes of some, Stranger Things was the show that brought the sci-fi supernatural drama back into the mainstream. First broadcast in 2016, the series is set in the town of Hawkins, Indiana, in the early 1980s. As viewers quickly learn, Hawkins is no ordinary town. A portal to another world called the Upside Down has opened up, and strange monsters are flooding the town and causing paranormal mayhem.

The show focuses on a group of children ⏤ Will, Mike, Dustin, and Lucas ⏤ as they navigate these strange events and deal with common coming-of-age problems. Stylish and fascinating, Stranger Things has become a cultural phenomenon, and it’s easy to see why. The paranormal drama is easy to binge, as each season tells a self-contained story, while still playing into the show’s overarching narrative, making it dramatically gripping and brimming with characters you won’t soon forget.

Created by the Wachowski sisters and J. Michael Straczynski, Sense8 is a unique supernatural drama. A woman suddenly psychically links a group of eight strangers together before killing herself. These eight people are now connected, becoming a cluster of sensates. This group has to try and live their lives while dealing with this connection that allows them to share skills and communicate telepathically ⏤ something that’s easier said than done, especially when the group learns that the Biologic Preservation Organization is trying to track them down for an unknown reason. This group, along with one of its most intimidating members, simply known as Whispers, chases the group, forcing them to use all of their shared skills and cunning to work out why they became sensates and get to the bottom of the complex mystery.

Sense8 is a unique show featuring all of the Wachowski sisters’ hallmarks. Sense8 will keep you guessing and leave you with plenty of thoughts once it wraps up.

One of the most highly-praised shows in recent years, the German thriller Dark is set in the small German town of Winden, whose quiet facade is shattered when children start to vanish from the area. This tragic event slowly reveals the whirlwind of drama under the town’s sleepy exterior.

This isn’t a simple missing person case, however, and things soon take a sci-fi twist. By the end, family secrets, time travel, and a grand conspiracy intertwine to form a massive web of lies and deceit. Dark really is a one-of-a-kind show that will keep you gripped from beginning to end. It just goes to show that dramas like Manifest are not exclusive to America.

Hitting screens in 2004, The 4400 quickly generated a massive and dedicated fanbase. The series focuses on a group of 4400 people who randomly appear in the Cascade Range foothills. These people all went missing under mysterious circumstances many years prior and most of them were presumed to be dead.

Now that they’re back, these people need to make sense of this new situation while coming to terms with the time they’ve lost while gone. At the same time, various others are trying to get to the bottom of the mystery and work out just what happened to the ones who disappeared. A mesmerizing sci-fi mystery with plenty of interesting characters, you could easily see The 4400 as the prototype for Manifest, as both shows handle their world and central mystery in a very similar way. After binging the original 4400, be sure to catch the CW’s reboot starring Brittany Adebumola and Cory Jeacoma.

When Steven King is involved, you know you can expect some twists and turns. Under The Dome takes this to the logical extreme. First launching in 2013, this supernatural mystery drama is set in the small town of Chester’s Mill. Chester’s Mill seems normal until one day, an indestructible clear dome is placed over the city, trapping everyone inside it. Those stuck in the town have to work out how to survive while also trying to understand what the dome is and where it came from. The lack of resources and the general isolation soon start to take their toll and people’s true natures rise to the surface, causing friction.

Mixing an intriguing mystery with some fantastic performances, Under The Dome makes for a great binge-watch, as once you start, you won’t want to stop.

Twin Peaks shouldn’t need an introduction. In fact, it could be the most mainstream cult classic to ever arrive on screens. Created by the dream team of Mark Frost and David Lynch, the series follows FBI Special Agent Dale Cooper as he travels to the small town of Twin Peaks. Dale has been called in to investigate the murder of local girl Laura Palmer.

As you might have guessed, Twin Peaks isn’t a traditional town, and soon Dale finds himself in a strange web of lies and deception. The show effortlessly blends detective fiction, supernatural horror, comedy, soap opera, and melodrama, creating something that has since influenced millions of creatives. Twin Peaks did get a reboot in 2017, which only increases the strangeness, making it a fitting return for a show as confusing as it is beloved. Both Twin Peaks and Twin Peaks: The Return make an excellent supernatural mystery double bill.

Launching in 2008 and created by J. J. Abrams, Alex Kurtzman, and Roberto Orci, Fringe quickly cemented itself as a cult classic. The show follows the Fringe division, an FBI division that studies Fringe science and events linked to it. This is no easy task, as an evil corporation called Massive Dynamic is seemingly involved. Also, a series of pale men called Observers somehow appear in the strangest of places.

Fringe is a unique show that delights in messing with the audience and the medium. The show is full of layered symbolism and callbacks that will help you understand the sheer confusion the characters experience while investigating these cases. Famously, during its original run, Fringe would feature ARG elements, often leading to stuff spilling out into the real world. Today, Fringe remains one of the most unique television experiences ever released.