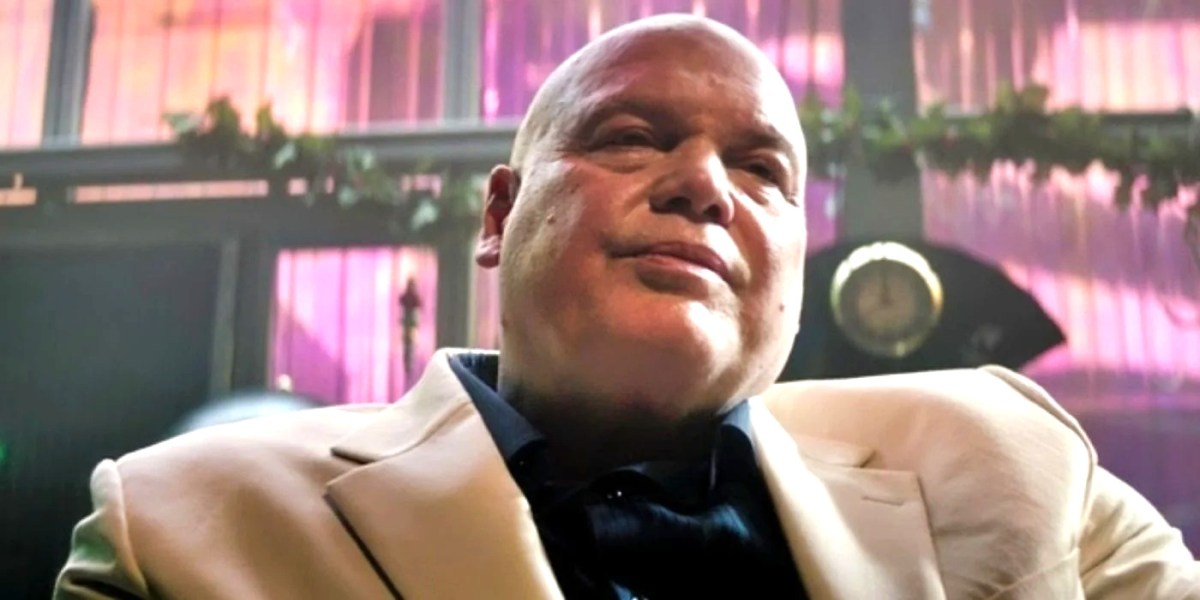 Vincent D’Onofrio is evidently enthralled by the character of Kingpin, having been the driving force behind Wilson Fisk’s stylish new wardrobe in the Hawkeye finale, revealing that the comic book it was inspired by had spent years as his desktop background.

That means any criticism of his performance will be taken directly to heart, not that there’s much in the way of negatives to his outstanding work as the New York City crime boss. However, some fans have taken issue with what they perceive as Kingpin’s newfound super strength, which allows him to toss fools around with the greatest of ease.

Addressing the criticism in an interview with ComicBook, D’Onofrio explained that there are absolutely no differences strength-wise between the Marvel Cinematic Universe’s canonical version of Kingpin, and the character we met for the first time on Netflix’s Daredevil.

“You know I learned recently, a couple of the fans, they were very excited about it, they were commenting about the strength that I have. Because I’m throwing Kate [Bishop] around and stuff. But, I totally forgot. I just saw a clip on Twitter of me and Charlie [Cox] fighting in [Stephen] DeKnight’s first season. Obviously, he’s an incredible director. He helped develop the character of Wilson Fisk. There’s a scene that we shot on an alley, in a street in Brooklyn, where I’m literally throwing Daredevil (Charlie) through the air. Like, I’m picking him up and swinging him 15 feet into a garbage can. I do it a few times in that fight. It’s no different, it’s really not. So, I keep saying that it’s the same Fisk that was in Daredevil. It’s the same canon, but people get confused about things. I understand.”

A hulking bald dude in a pristine tuxedo is fairly intimidating as it is, but that sense of dread increases tenfold when you realize he can tear you in half if he really wanted to, all without breaking a sweat. At the end of the day, the MCU is a superhero franchise, so there’s no reason why Kingpin can’t be a little bit stronger than your average street-level antagonist.