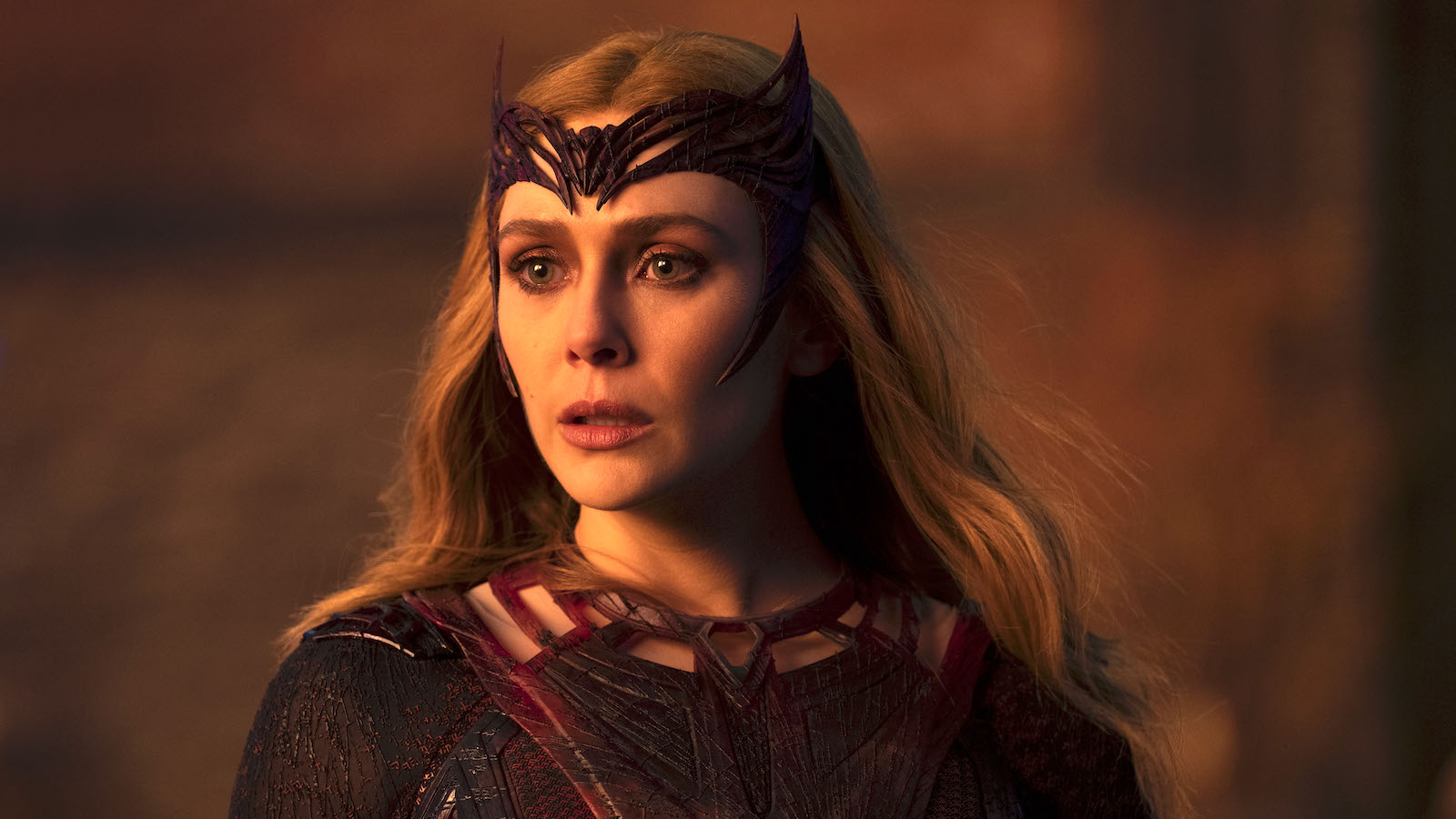 For Wanda Maximoff fans, the recent progressions in Scarlet Witch’s victim-turned-villain MCU storyline must be too good to be true. Although Marvel Studios have painted Elizabeth Olsen’s Sokovian native as a power-hungry sadist, the empathetic viewers among us can see that Maximoff is justified in her rage. After all, hell hath no fury like a woman scorned. Diehard Marvel fans will have followed the events of WandaVision and will therefore know all about the Westview mishap wherein Wanda constructed a fictional town, husband, and children in order to live out a fantasy life as a stay-at-home mother. From then on, the Scarlet Witch—driven by a sense of indignation—unlocked her true capabilities.

If you thought you’d never see Wanda Maximoff’s journey retold using screenshots from Spongebob Squarepants, think again. Just take a look at this meme from @superheroez.prime on Instagram that compares Wanda’s appearances in Avengers: Infinity War, Avengers: Endgame, WandaVision, and Doctor Strange in the Multiverse of Madness to various moments from Spongebob Squarepants where its titular character is insanely buff and overpowered. Honestly, that would probably be the best way to describe Scarlet Witch, especially in Multiverse of Madness.

When we first met Wanda Maximoff in Avengers: Age of Ultron, she was a frightened individual who had been wronged by the Avengers—specifically Tony Stark—and had lost her parents, forcing Wanda and her brother, Pietro, to fend for themselves on desolate Sokovian grounds. Eventually, Wanda and Pietro join forces with Ultron, seeking to destroy the Avengers and take revenge for the wrongdoings. Long story short, Pietro dies at the hands of Ultron, and Wanda turns on him, joining the Avengers instead. Maximoff loses herself somewhere along the way and gets hopelessly lost in a dream world where she and Vision—who also dies—share two children together, Tommy and Billy, and live peacefully in the quaint town of Westview.

Well, that didn’t work out. In Multiverse of Madness, Wanda has become a full-fledged supervillain, hellbent on getting to her children and prepared to destroy anything—and anyone—who gets in her way. In fact, Wanda becomes unreasonable and comes close to killing America Chavez purely for selfish gain. As of yet, we don’t know if Wanda is still alive, especially after the Darkhold threshold collapses on her. Hopefully, Elizabeth Olsen will return and Wanda will receive the redemption arc she rightfully deserves.

Be sure to check out Doctor Strange in the Multiverse of Madness, currently in theatres everywhere.