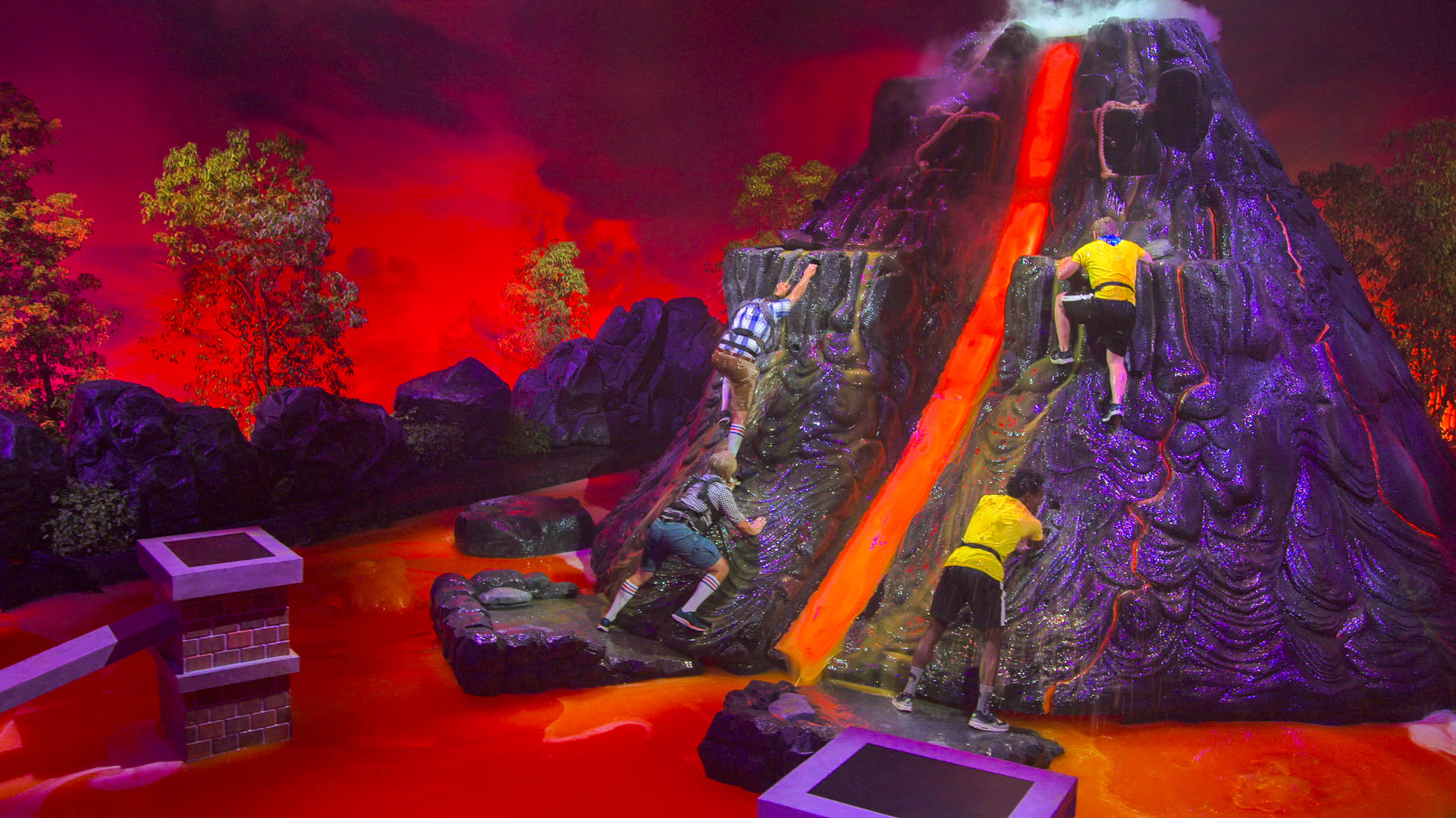 Season two of Netflix‘s Floor is Lava is ramping up the stakes in a major way, including adding a climactic volcano challenge in the competition show, as can be seen in the latest trailer.

The show sees teams competing to successfully traverse through a series of obstacle courses where “lava,” aka a red liquid that almost certainly isn’t literally molten rock, is the fate that awaits them if they slip and fall. But big prizes are in store for the teams that win.

Often, the obstacle courses are modeled after a room in one’s house, only with the floor being replaced by the red liquid, a recreation of a game that many of us played as children in our living room and in the schoolyard. These obstacles include having to leap from chairs, hang from curtains, and swing from chandeliers. The latest season takes that same formula and raises the challenge for competitors with bigger obstacles, hotter lava, and one very slippery volcano.

With Netflix’s highly publicized troubles keeping the edge in an increasingly competitive streaming market, with the platform recently shedding subscribers for the first time in over a decade, they will no doubt need to focus on bringing quality content to their offerings to entice people to come back. And maybe another season of Floor is Lava is just the right show to do that. When the first season premiered back in July 2020, it was one of the top streaming shows on the entire internet for that month.

Watch Floor is Lava season two on Netflix on June 3.