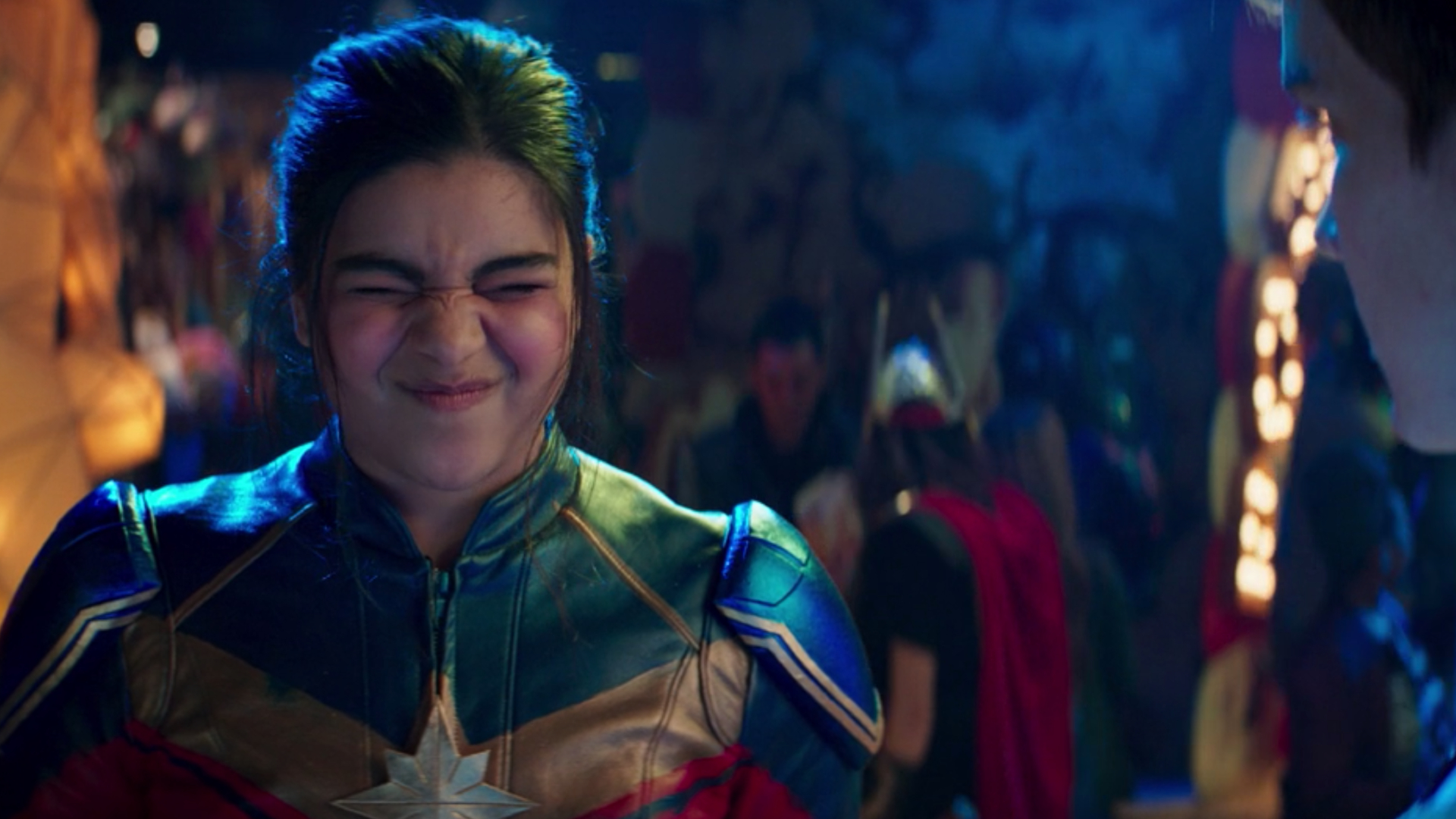 At this point, Iman Vellani has more than proven herself to be as big an MCU fan as any of us, having led the Black Bolt Rights campaign and blasted Kevin Feige for his incorrect use of Earth-616. But, unlike her brand-new character Kamala Khan, the Ms. Marvel actress is only human and capable of slipping up. As seen in this hilarious new video in which Vellani attempts to name every single MCU movie in under a minute — and fails in the most perfect way.

Twitter fan account @ImanVellaniEN shared a segment of the 19-year-old’s recent PopBuzz interview in which Vellani is set the tough task. Unlike the last time she took an MCU quiz, which she totally aced, this time the countdown causes the actress’ brain to freeze and she completely flakes on the names of four Marvel films before the clock runs out. Even though she should 100% remember one of them. Witness Vellani’s marvelous fail for yourself via the following tweet:

It is deliciously ironic that, although her MCU alter ego worships the ground Carol Danvers walks on (or flies over), Captain Marvel isn’t actually one of Vellani’s personal favorite Marvel films. The uber-fan even gave the movie a controversially low rating on LetterBoxd back in the day, although she did praise Brie Larson. Which is good, as Larson recently shared the love right back at Vellani, labelling her “the best Marvel.”

In real-life, Vellani’s favorite MCU hero is Iron Man, so it’s no surprise that she jumped to the Robert Downey Jr. trilogy right at the beginning of this list. Still, you would think Captain Marvel would be at the forefront of her mind, seeing as the Canadian star has already shot its sequel, The Marvel, in which her Kamala will play a major role as part of the titular trio of heroines, alongside Larson and Teyonah Parris’ Monica Rambeau.

The Marvels doesn’t hit theaters until summer 2023, so for now, catch Iman Vellani as new episodes of Ms. Marvel land Wednesdays on Disney Plus.