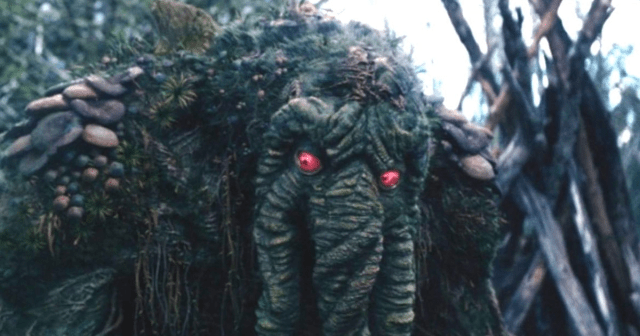 It seems foolproof at a glance; stroll into that green and white slice of your local strip mall, swipe a Venti Caramel Ribbon Crunch Frappuccino, and start penning the script to the next entry in the world’s most high-profile cinematic universe whilst surrounded by many a hungry fan who would sacrifice several of their newborns for a juicy leak?

And especially not if you’re Heather Quinn, the scribe for Marvel Studios’ knockout Halloween special Werewolf by Night, which brought the likes of Elsa Bloodstone, Man-Thing, and the titular cryptid to the Feigeverse in glorious black-and-white, blood-splattered glory.

In an interview with Collider, Quinn, who landed the job after serving on the writing team for the Disney Plus series Hawkeye, recalled how deeply collaborative the writing process was, having been in close contact with director Michael Giacchino as the script had been coming together.

“There was really not any period where it was just kind of me on my own. It was more kind of me going away for maybe a day or two days and coming back and going back and forth.”

But this seemed to be as open as the process ever got. Anyone familiar with the MCU knows that even the most expert safecrackers would struggle to pry a thimble’s worth of information out of Kevin Feige’s league of high-profile creatives, and Quinn cheekily highlighted Starbucks as a blacklisted zone for MCU scriptwriting.

“One thing is, you can’t write Marvel stuff at Starbucks because [of] the fans. You really can’t write in public because of the level of secrecy around it. So I don’t go work at coffee shops when I’m writing Marvel stuff.”

Here’s hoping Quinn gets back into another writers room soon, if she isn’t already; Hawkeye and Werewolf by Night stacked up as some of the best projects to come out of Phase Four, in no small part due the genre-bending styles that everyone, the writers included, were all too happy to play with.

Werewolf by Night is available to stream on Disney Plus.