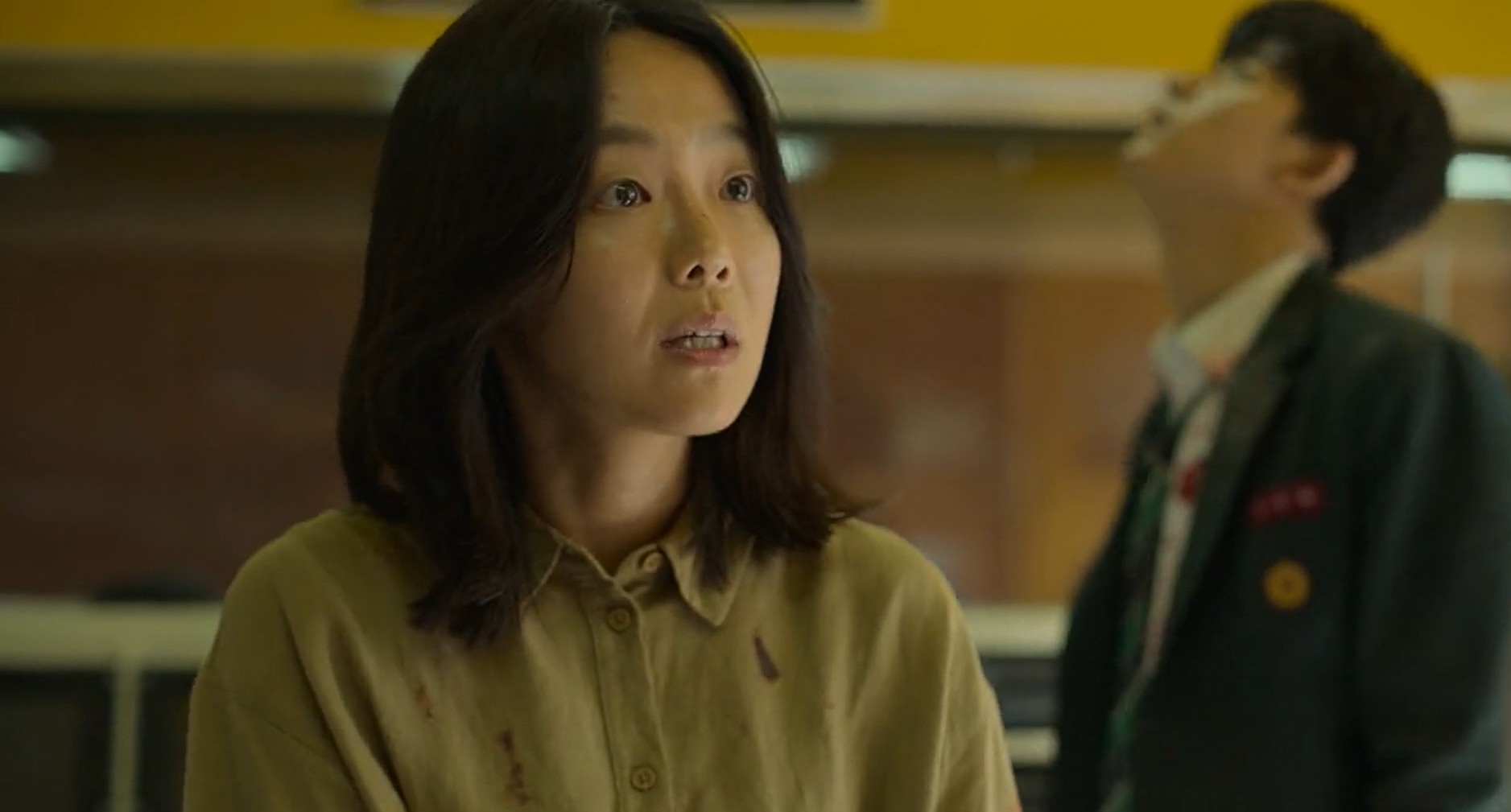 Warning: The following article contains spoilers for All of Us Are Dead. Please proceed with caution if you have yet to watch the show.

The hit Korean zombie thriller series All of Us Are Dead, currently topping charts on Netflix, wrapped up its first season with an open-ended conclusion that heavily hints at a second one. Not all of its plot lines get a clear ending, with one of the pressing queries being what happens to Park Sun Hwa, the kind English professor who was one of the only people concerned about the students and strived to ensure their survival.

As soon as the Jonas Virus spread through the school and it became apparent that no one would be able to get it under control, Ms. Park is the first one to suggest that the students should evacuate first while other teachers selfishly think about themselves. In the initial episodes, we see her leaving the staff room to help the students only to be ambushed by a student-turned-zombie. As she is not seen after that for a long time, viewers presume that she likely perished, but it is soon revealed that she has been hiding in the broadcasting room on the second floor.

In this deadly situation, while teachers like Jung Yong Nam were busy looking out for themselves, Ms. Park uses the broadcasting room to connect to the surviving students via the speaker. She motivates them to survive and raises hope that they will meet again once the outbreak is brought under control. She soon joins up with a group of students once they discover that she is alive.

What happens to Ms. Park?

Though the group makes it safely to her hiding spot, a zombie attacks them through the window. While Su Hyeok and Cheong San manage to thwart the zombie, Gyeong Su ends up getting hit on the nose with one of the sticks the former is wielding and gets scratched in the tussle. Na Yeon, who always looked down upon Gyeong Su since he doesn’t come from a well-to-do family like hers, claims that he is infected as he is exhibiting the classic sign of turning into a zombie. Even when Gyeong Su agrees to barricade himself in an empty room for an hour, Na Yeon isn’t satisfied and deliberately rubs the zombie blood-stained handkerchief on his wound, which does infect him this time.

He turns, starts attacking his friends, and ends up falling from the window. As the virus stops a human’s heart before they turn into zombies, Na Yeon actually killed Gyeong Su in her selfishness. As everyone starts blaming her for Gyeong Su’s death and calls her a murderer, she leaves the safety of the room. While everyone is disgusted by her actions and unwilling to bring her back, Ms. Park decides to go after her to protect her after advising the remaining group not to turn selfish, since if one causes the death of another in their quest to survive, “living becomes meaningless.”

She catches up with Na Yeon and the duo is chased by the undead Gyeong Su, who has re-entered the school building. In her efforts to protect Na Yeon, Ms. Park gets bitten, but she still strives to get the young girl to safety and succeeds. Instead of blaming Na Yeon for her fate, Ms. Park bravely accepts it. In her last few seconds of sanity, she extends her caring words to the terrified teenager, explaining that she understands that she did what did because she was scared like everyone else. She even advises Na Yeon to reunite with the others later and to help them this time.

Sadly, the virus ultimately takes over and she joins the countless zombies roaming the school. While the zombified Na Yeon (infected by Gwi Nam) is later seen when the military bombs Hyosan, Ms. Park is not present. It won’t be too far-fetched to presume that she most probably perished in the subsequent bombings.

It’s her kindness and selfless actions that motivate the surviving students to look out for each other and not selfishly let another die even if they have the chance to run away. When the bully Gwi Nam attacks Cheong San, intent on killing him as he had recorded him murdering the principal, everyone fights against the hambie despite knowing that they are no match for his inhuman strength and agility. They continue to try and save everyone while standing as a united front against whatever peril awaits them till the very end.