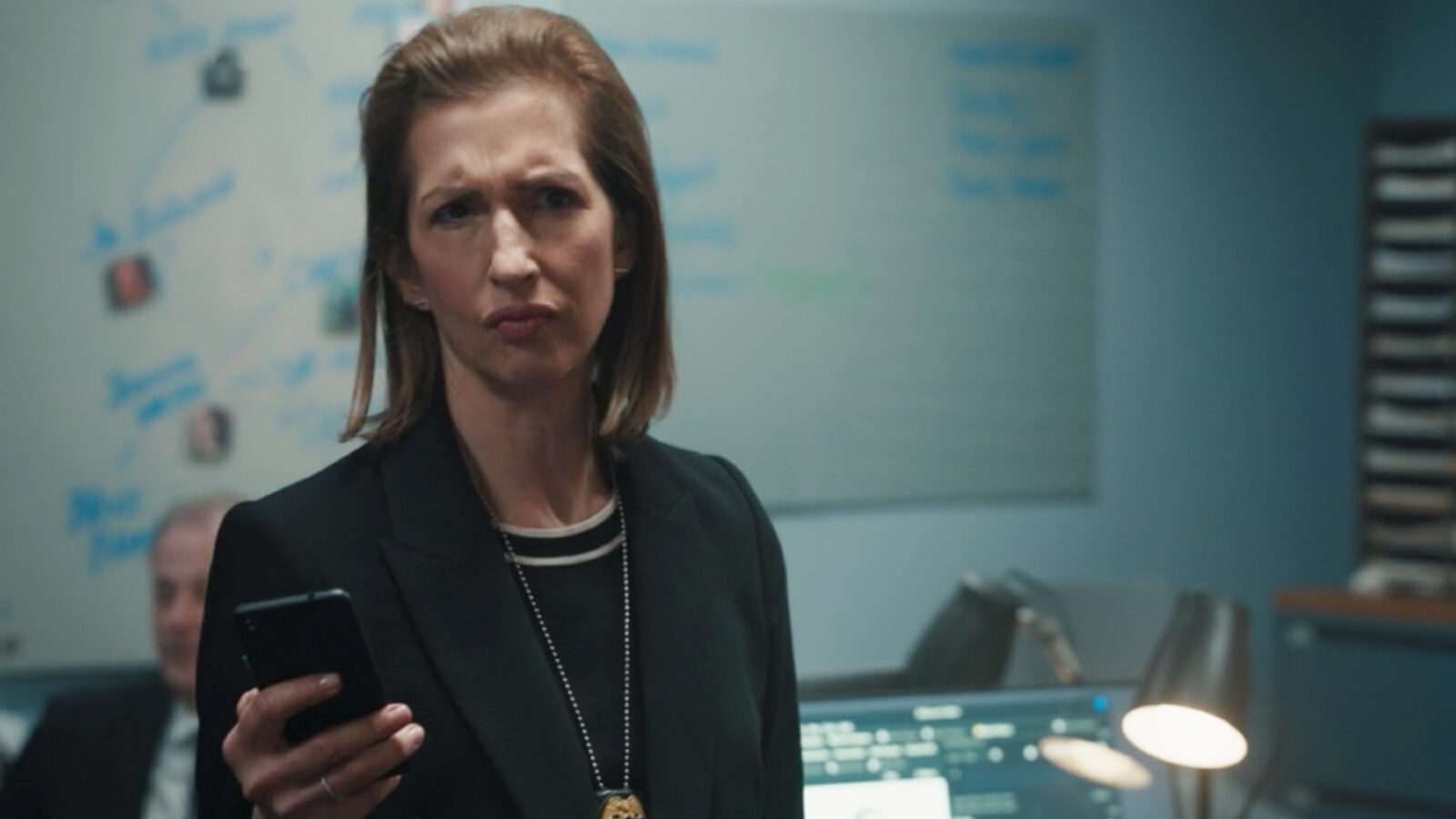 Leaked images from Disney Plus’ latest MCU offering are sparking rumors about a new organization, one that echoes the wide-reaching influence of S.H.I.E.L.D.

It hasn’t cropped up in Ms. Marvel yet, but images of the set appeared online last month and encouraged theories that a new agency is set to join S.W.O.R.D. and S.H.I.E.L.D. in the MCU. We don’t know much about it yet, but its existence has Marvel fans abuzz, as they theorize the true purpose behind N.I.C.E.

An organization that feels a little on-the-nose in 2022 America, N.I.C.E. appears to be the MCU’s coy nod to Immigration and Customs Enforcement (I.C.E), a real-world government agency that aims to “protect America from the cross-border crime and illegal immigration that threaten national security and public safety.”

A cross-governmental organization that deals with country-hopping superheroes actually seems like a pretty necessary thing in the MCU. While it seems almost assured to overstep its boundaries at some point, there are heaps of MCU examples of heroes crossing borders to cause massive collateral damage — and usually save lives along the way. Reaching as far back as 2008’s Iron Man, the MCU is notorious for ignoring borders and allowing its supers to function almost anywhere — regardless of the laws and restrictions that inevitably change between countries and territories.

Fans began linking N.I.C.E. to its potential real-world equivalent nearly the moment images hinting toward the agency leaked. It feels like an on-the-nose comparison, but it may well prove to be correct. Few details are currently circulating about what, exactly, N.I.C.E. is, but a reliable Twitter user with an aptitude for Marvel leaks claims it is “an organization dedicated to capture and imprison super-powered individuals they consider to be ‘dangerous.'”

The bare hints dropped about N.I.C.E. would line up well with this assessment. While it’s not yet clear if Alysia Reiner’s Agent Sadie Deever is part of N.I.C.E. or the Department of Damage Control (DODC) at present, images from set appear to show her in a N.I.C.E. uniform.

When she appears in the mid-credits scene from Ms. Marvel episode one, however, she is working with Agent P. Cleary, a known DODC agent. He’s already made his MCU debut — in 2021’s Spider-Man: No Way Home — and appears poised to continue his schemy government shenanigans in Ms. Marvel.

At face value, both government organizations — which some fans theorize will eventually be one and the same — appear to be positioned to locate and assist super-powered individuals who are learning to harness new abilities. By getting to supers before they’ve destroyed half the city, the DODC can prevent itself from racking up too much work, and N.I.C.E. can ensure that no pearl-clutching white women are set to be traumatized by a glowing teenager.

The thing is, the DODC has a slightly different backstory in Marvel comics. It is a joint venture between Tony Stark and Wilson Fisk, rather than Tony Stark and the federal government, a plot point that could complicate things massively. With Netflix’s Daredevil officially accepted in main MCU canon, it’s inevitable that the unparalleled Vincent D’Onofrio is prepped to re-establish himself as one of Marvel’s best on-screen villains.

If assumptions about the DODC and N.I.C.E. are correct, and the two agencies are headed toward an eventual merger, Ms. Marvel could be setting up some massive plotpoints for the future of the MCU. Even if Fisk is a shadow partner to the company — investing in the background but keeping his identity a secret — his influence is guaranteed to lead to issues for Marvel’s many heroes.

If N.I.C.E. is truly an offshoot of S.W.O.R.D. and S.H.I.E.L.D., however, there could be nothing insidious about the organization at all. While both established MCU government operations have plenty of flaws, they do have the good of all at heart. If it is truly setting out to assist superheroes — and detain villains — N.I.C.E. could offer up a new direction for the MCU. The franchise is notorious for including plenty of love for the police and military in its films and series, so a collab between heroes and a government organization wouldn’t be entirely out of the norm.

For now, we’re primarily left to speculate as to the true aims of N.I.C.E. in the greater MCU. At least some of the organization’s motivation should be exposed over the next few episodes of Ms. Marvel, so curious viewers should make sure to tune in. The series can be enjoyed with a subscription to Disney Plus.