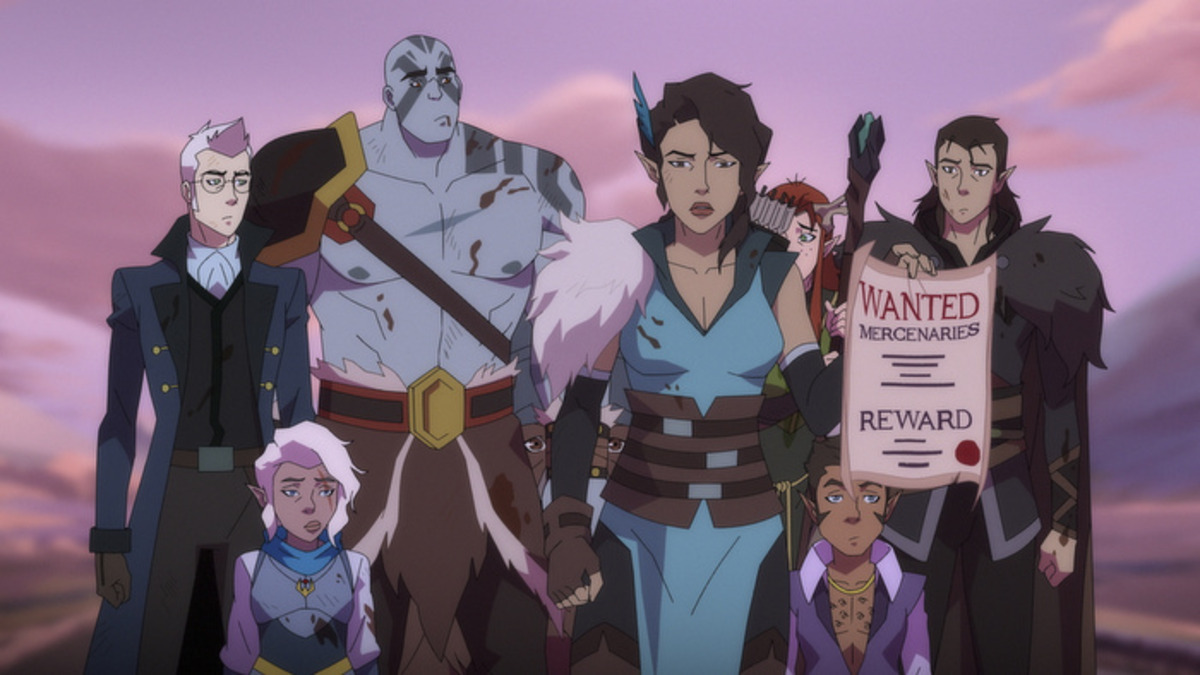 The Legend of Vox Machina is one of those shows that has no business being so good. Everything about it hums along with confidence, and the smart and punchy script only makes it better. This new season is no different in that it’s just good old fashioned quality storytelling.

Everything feels a little more urgent: the setting, the storyline, and the reintroduction of the terrifying Chroma Conclave. The Conclave is a group of five dragons with different powers and personalities but they work together to achieve common goals.

The thing is, the Conclave showed up pretty quickly and they didn’t really stop and explain who they were or why they were there. This means a lot of people were left trying to figure out what the conclave was all about on their own.

To help with this, here’s an explainer on everything you need to know about the mysterious group of terrifying dragons.

The motivations for the Chroma Conclave are fairly simple. In the Vox Machina universe, dragons are selfish beings who basically want to be rich, powerful, and dominant over everything, and they’ll do whatever they have to do to achieve that goal.

They love destruction and being in charge, basically. The Conclave specifically want to completely destroy Draconia and Tal’Dorei, and the plan is to divide the continent in five sections and each rule over their respective territories.

The dragons are Brimscythe (Blue), Umbrasyl (Black), Vorugal (White), Raishan (Green), and Thordak (Red). They each have their own motivations on top of the main goal of world domination.

Fans of the show are intimately familiar with the youngest dragon in the Chroma Conclave. Brimscythe was the main antagonist in the first season, and he was defeated in a fantastically tense final battle. Brimscythe’s motivations were simple: he wanted power, riches, and a chance to be as great as the dragons that came before him.

This crafty dragon disguised himself as General Krieg under the pretense of trying to find the dragon that destroyed Emon’s surrounding areas. He wanted to send a whole army after the dragon and thus leave the city without any defenses, but Vox Machina went instead.

He was defeated in a very exciting final battle after the team followed him through a portal to his lair.

Umbrasyl’s personal motivations were to commandeer Westruun and create a safe place for his worshippers, as well as putting a stop to the constant hunting. He helps the Conclave take Emon and then does actually take over Westruun, making it one of the darkest and most desolate places on the continent.

He’s also incredibly destructive, with an acid flame that can decimate hundreds with a single breath – a very dangerous opponent. We’ll get a lot more of Umbrasyl as the season continues, especially with the last episode of the season titled: “The Hope Devourer.”

Raishan — along with Thordak — lead the Conclave. While not the most powerful dragon, she is incredibly smart and her intellect is what makes her so formidable. Her motivation is to get rid of the disease that keeps weakening her, and that’s where her name came from.

After Tal’Dorei was destroyed Thordak told her he had a cure, well not so much a cure as a way to not die: becoming a dracolich. She’s always thinking three steps ahead of everyone else and with her intelligence she’s incredibly formidable despite her smaller size.

The ice dragon – Vorugal is another incredibly capable destroyer. He’s gone toe-to-toe with the Vox Machina before and he’s the one who took over Draconia. He enjoys hunting, killing, and destroying and he goes on these huge hunts to satiate his nefarious needs.

His scales are a pale white and his eyes are sharp blue. Sometimes icicles form under his chin and hand like spikes. This is a spoiler-free guide, so let’s just say we’re going to learn more about him as the season progresses.

Thordak is the most powerful member of the Chroma Conclave. He murdered Vex’ahlia and Vax’ildan’s mother before they joined Vox Machina, so there are a lot of personal reasons for eventually trying to destroy him.

Thordak simply wants destruction, but he also wants vengeance for being banished from Ank’Harel, something that happened before the events in the show. He was trapped in the Elemental Plane of Fire until he cut a deal with Raishan to cure her.

That’s about all we know about the Conclave so far. More will be revealed as the season progresses.