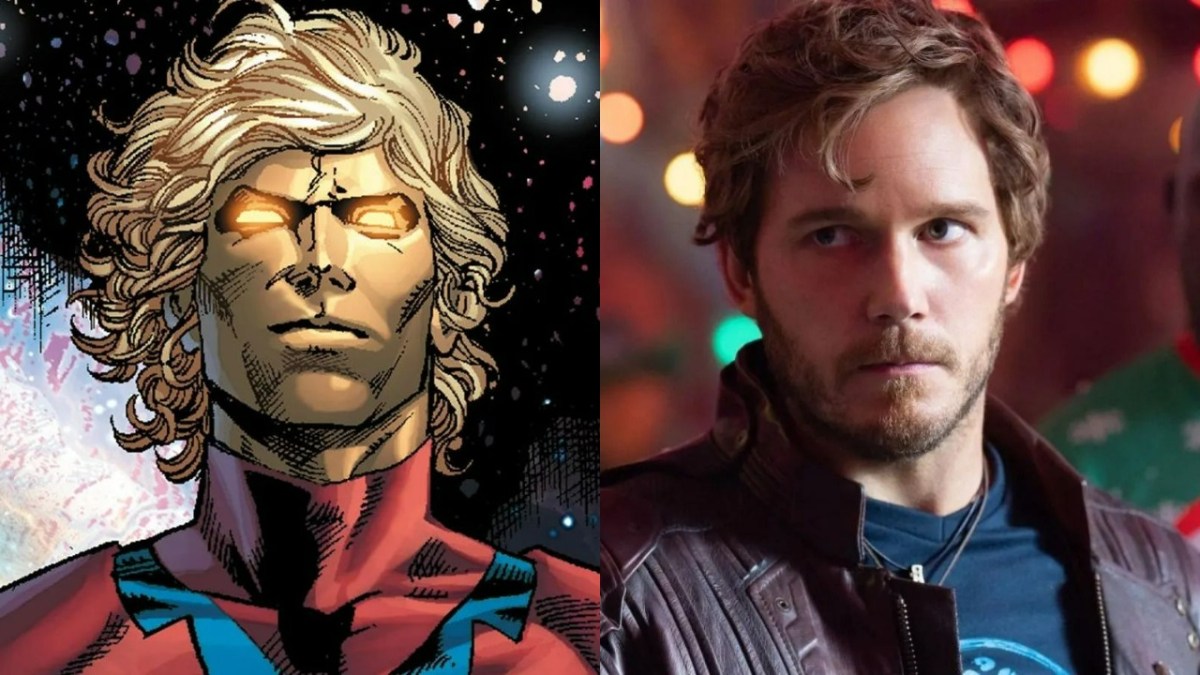 The Guardians of the Galaxy Holiday Special is now streaming on Disney Plus, meaning Marvel’s Phase Four has officially come to a close. And while the Special Presentation did a wonderful job of filling us all with Christmas cheer and sowing seeds for next spring’s Guardians of the Galaxy Vol. 3, it still left one major question dangling that we really thought we’d have got an answer to by now. Namely, where the heck is Adam Warlock?

Adam Warlock, one of the most powerful cosmic heroes in the Marvel canon, has been a character fans have wanted to see enter the MCU for the longest time. Given his close ties to both Thanos and the Soul Stone in the comics, everyone expected him to show up in Avengers: Infinity War, but obviously that didn’t end up happening. That’s despite the most significant of Guardians Vol. 2‘s post-credits scenes establishing that Ayesha, queen of the Sovereign, had already created him to get her revenge on Star-Lord and company.

So, where has Adam been all this time? Let’s speculate…

Why hasn’t Adam Warlock appeared in the MCU yet?

If you’re thinking it’s not that big of a deal that Adam hasn’t shown his golden face yet, then let’s remind you of the facts. Guardians Vol. 2 is set just a few months after the original Guardians movie, which takes place in 2014. The Holiday Special is set in the present-day of the MCU, so that probably means it documents Christmas 2025. In other words, it’s been 11 years since Ayesha initiated her plan to create Adam to get her revenge.

Obviously, it’s important to note that he’s not necessarily done “cooking” during Vol. 2‘s post-credits scene, but you’d expect him to have been up and running a long time before an entire decade. So Adam must be out there in the galaxy somewhere, but if that’s the case then where is he? Perhaps his absence from the Guardians’ lives to date may tell us that Adam’s expected redemption arc has already happened off-screen.

While Ayesha is clearly hoping Adam will spell the Guardians’ doom, fans obviously know that he’s a good guy so we’ve always been expecting him to initially hunt down the team only to ultimately join forces with them. But perhaps Adam didn’t turn out quite as Ayesha anticipated from birth and never wanted to be used as a weapon of vengeance.

Maybe he’s just somewhere out there in space trying to find himself and his identity and it’s in this capacity that he buddies up with the Guardians? If this is his storyline in the threequel, this could lead to a neat synchronicity with Gamora’s own arc in the film, seeing as the alternate version of Zoe Saldaña’s heroine will likewise be doing some soul-searching of her own.

Whatever the truth, the coming of Adam Warlock has certainly been one of the longest-lasting MCU mysteries in the franchise’s history, so we’re more than ready to meet him for real come the release of Guardians of the Galaxy Vol. 3 on May 6, 2023.