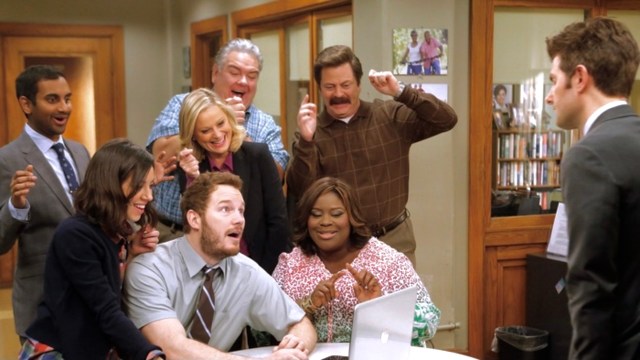 For seven hilarious seasons, the brilliant cast of Parks and Recreation made viewers laugh out loud, while scoring critical acclaim along the way. The NBC sitcom followed the mockumentary style format and focused on a group of government officials in the fictional town of Pawnee, Indiana. Led by the talented Amy Poehler, the series became a hit for the network, winning several awards for its writing, cast, direction, and humor.

The sitcom is widely regarded as one of the greatest comedies of the 21st century, and since the show’s conclusion in 2015, its cast has gone on to achieve success in their other projects. In 2020, a special reunion episode, titled A Parks and Recreation Special, was released to an overwhelmingly positive reception for the cast’s brilliance years after.

It’s been years since Parks and Recreation ended, and many fans are interested in what the comedians are up to now. Here’s a list sharing all the exciting projects each member has lined up for the future.

Poehler’s role as the charismatic and funny Leslie Knope is just one out of a plethora of characters the comedy legend has portrayed over the years. With a career spanning almost three decades, Poehler has established herself as one of the top actresses and comedians in Hollywood. The Emmy-winning star has several projects currently on air, from co-creating Netflix’s Russian Doll, hosting the reality series Making It, and voicing Duncan in the animated sitcom, Duncanville.

The famous actress had already starred in a number of successful series before joining the cast of Parks and Recreation as Ann Perkins, including: Boston Public and The Office. She is set to take on a major role in the upcoming Apple TV Plus series Wool, a dystopian drama based on the novel by Hugh Howey. She will star alongside Rebecca Ferguson, David Oyelowo, Common, and Tim Robbins. Jones is also a director, and most recently directed the fourth episode of the anthology drama Roar.

The sarcastic and lazy Tom Haverford was brought to life by the funny and charming Aziz Ansari. The Emmy-winning comedian starred in the hilarious comedy Master of None from 2015 till 2021 and recently starred in the Netflix special Aziz Ansari: Nightclub Comedian.

Before becoming an action hero and heading two very successful film franchises — Guardians of the Galaxy and Jurassic World — Pratt was winning hearts as the lovable goof Andy Dwyer on Parks and Recreation. The mega star will continue his portrayal of Star Lord in the upcoming holiday special and third volume of Guardians of the Galaxy. He hasn’t let go of his comedic side though, as he will voice two iconic characters, Mario and Garfield, in their respective upcoming films.

A man of many talents, Nick Offerman starred as the serious but kind Ron Swanson. He co-hosts the reality series Making It alongside Amy Poehler and is currently filming his part in the upcoming Mission Impossible: Dead Reckoning Part Two. His television career continues to soar as well, with roles in The Great North, Pam & Tommy, The Resort, A League of Their Own, and the upcoming HBO video game adaptation, The Last of Us.

Aubrey Plaza won critical acclaim and became a fan favorite for her stellar performance as the deadpan April Ludgate. Her career took off since, and she has gone on to star in many notable projects. Without slowing down, the actress’ 2020s are off to a great start, and this year alone, she has several interesting roles lined up. She recently starred as the titular character in the acclaimed crime drama, Emily the Criminal, and a supporting role in Spin Me Around. Plaza will take on the upcoming action comedy Operation Fortune: Ruse de Guerre, as well as the animated film The Ark and the Aardvark, and a lead role in the second season of the anthology series, The White Lotus.

It’s common knowledge that Retta’s character, Donna Meagle, had some of the best lines in the entire show. The talented actress and comedian went on to star in another successful comedy, Good Girls, which concluded last year. She has joined the cast of the upcoming house-makeover miniseries, Ugliest House in America.

With a career spanning over four decades, Rob Lowe is one of the most seasoned members of the Parks and Recreation cast. The Hollywood legend put on his comedic boots and fully embodied the cheerful character of Chris Taeger. He has starred as the suave firefighter Owen Strand in 9-1-1: Lone Star since 2020. It has been renewed for a fourth season. He’s also speaking with famous celebrity guests on the podcast Literally, and spending some time in the great outdoors with family.

The hilarious Jim O’Heir also earned significant praise for his comedic performance as the talented Jerry Gergich. The actor has had several guest roles in numerous television series over the years. He seems to be taking things slowly these days, as he has no announced projects lined up. He did, however, star in an episode of the final season of Better Call Saul.

Adam Scott joined the cast of Parks and Recreation as the intelligent Ben Wyatt in the second season, and quickly solidified himself as a charming lead alongside Amy Poehler. He recently scored rave reviews and award nominations for his performance in the Apple TV Plus sci-fi drama Severance. He also starred in the comedy Loot and will return to the big screen in the upcoming superhero film, Madame Web.

Emmy nominee Billy Eichner may have been introduced in the sixth season, but he definitely made his comedic mark as the passionate Craig Middlebrooks. Eichner co-wrote and will star in the upcoming romantic comedy Bros, which marks the first comedy with a main cast of LGBTQ+ actors that is being backed by a major studio. He will star as Bobby Lieber, a man with commitment issues who is in search of love, if he can get past his busy schedule. Eichner is also the first openly gay man to write and star in a major romantic comedy.