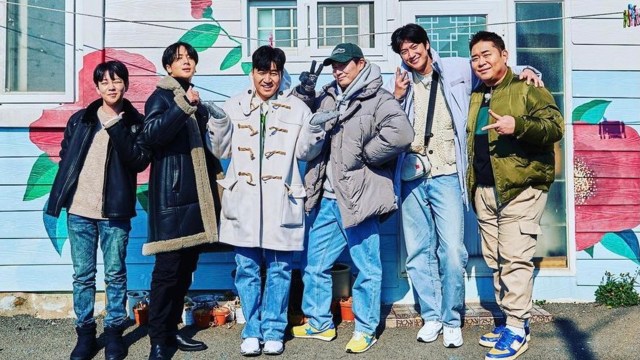 2 Days & 1 Night, also known as 1 Night 2 Days (1N2D), is a South Korean reality TV show that features popular K-pop artists and groups taking trips to various locations throughout the country, and recommending spots that the viewers should visit. The cast typically spends two days and one night in these areas while completing missions to win rewards, avoiding penalties along the way. 2 Days 1 Night first aired on television on Aug. 5, 2007, and proved to be a smash hit series during its run. The episodes were later uploaded on KBS’ official YouTube channel and fitted with English subtitles for millions of international viewers to watch.

Following the popularity of the show and its ever-changing line-up (there is a new cast for every season), K-pop fans have been vying to see their favorite idols participate in the series. Fulfilling their age-long requests, KBS has decided to create a spin-off of the original show with the new title Dol Night 2 Days. According to allkpop, this spin-off will give the fans an opportunity to see their favorite idols and groups travel, have fun, complete missions, and much more. Each week, different K-pop groups will be invited to travel to intriguing destinations, including offshore islands.

Based on the trailer posted by the official KBS K-POP YouTube channel on Aug. 22, fans are to expect popular groups like TXT, NCT Dream, Seventeen, New Jeans, Girls’ Generation, and many more to participate in the series. The recently formed girl group IVE will be the first members on the show.

IVE is a rookie group under Starship Entertainment that made its debut on Dec. 1, 2021 with the single album Eleven. The group consists of six members: Yujin, Wonyoung, Liz, Leeseo, Gaeul, and Rei. Yujin and Wonyoung had been contestants in the reality survival show Produce 48 and were part of the final lineup. They are also former members of the recently disbanded girl group Iz*One.

Eleven reached the top spot on the Circle Album chart and  has been certified Platinum by the Korean Music Copyright Association (KMCA). It also topped the Billboard’s Hot Trending Songs chart and peaked at the ninth spot on Billboard’s World Digital Song Sales. The group has released two more single albums since their debut and the girls have broken album sales records.