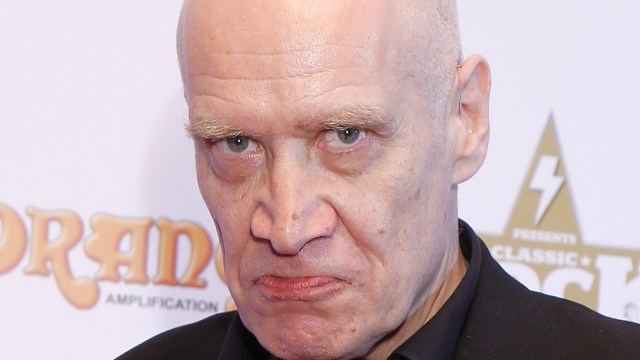 Game of Thrones was no stranger to cameos, as the world of Westeros contains an abundance of characters who appear only briefly, for example, the bizarre Ed Sheeran cameo in the final season of the show. But one person who made an appearance in the series was the late guitarist of the band, Dr. Feelgood, Wilko Johnson. In fact, he made more than a cameo appearance in the series, he played one of the supporting antagonists of the first season. Let us take a look at who Wilko Johnson played in Game of Thrones.

Which character did Wilko Johnson play in Game of Thrones?

Wilko Johnson played the role of Ser Ilyn Payne, and he appeared in both the first and second seasons of Game of Thrones. The character had his tongue removed by the Mad King in events prior to the series, due to his suggesting that Ser Tywin Lannister (Charles Dance) was the true ruler of Westeros while Tywin was his Hand. Once Robert Baratheon (Mark Addy) claimed the Iron Throne, Ilyn Payne was made the King’s Justice, the King’s loyal executioner. He continued to be Joffrey Baratheon’s (Jack Gleeson) King’s Justice and therefore it was Ilyn Payne who ultimately beheaded Eddard Stark (Sean Bean).

We most likely heard his name more than we actually saw the character, as Ilyn Payne was one of the names on Arya Stark’s (Maisie Williams) list of people she wanted to kill. His character was slowly phased out of the series after Johnson received a cancer diagnosis in 2013. Ultimately we never get an understanding as to how or when the character died in the series or if he died at all. He is mentioned by Tywin in a later season, so there is a chance he could have died in the explosion of The Great Sept of Baelor, but it is likely that Cersei (Lena Heady) spared him and that he died when Daenerys (Emilia Clarke) sacked King’s Landing.

Interestingly, Ser Ilyn Payne had more of a role in the Game of Thrones source material, A Song of Ice and Fire by George R. R. Martin. In the HBO series when Ser Jamie Lannister (Nikolaj Coster-Waldau) was left with one hand to fight with, he trained with Ser Bronn of the Blackwater (Jerome Flynn) in an attempt to get used to the weight balance and to strengthen the other arm, so that he could be prepared when engaged in a fight.

But in the novels, it was Ilyn Payne who fought with Jamie. Jamie chose him to train him because it was well-known that Payne’s tongue had been removed and so he would not be able to mention just how badly Jamie was faring with his non-dominant hand after his dominant hand had been butchered off. He also talked to him about his relationship with Cersei, because he knew that he could not betray him and tell anybody else.

Ultimately he was a good Ilyn Payne when he was onscreen, playing him quite menacingly. You can stream Game of Thrones and House of the Dragon on HBO Max.