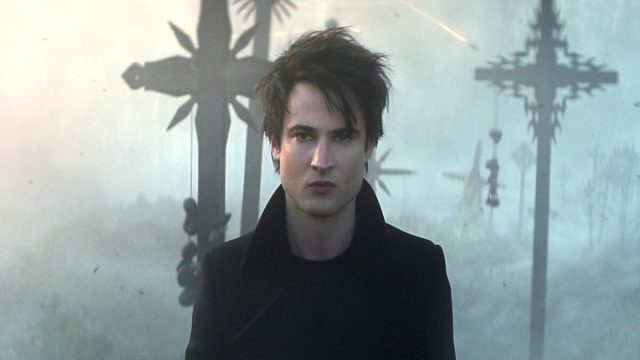 Warning: This article contains spoilers for the two-part bonus episode of The Sandman.

The Sandman just returned for a surprise bonus episode, released two weeks after the 10-part first season of the hit DC adaptation hit Netflix at the beginning of August to much acclaim. The two-part, hour-long special was essentially a blend of two standalone stories, but that’s not to say that they had no importance to the show’s overall mythology.

The first part, “A Dream of a Thousand Cats,” was an imaginative animated tale which revealed the truth of what cats dream about, as brought to life by a host of A-list voice actors — including creator Neil Gaiman himself. Meanwhile, the episode’s second half, the live-action “Calliope,” was a much meatier treat, as it introduced a key new character into the mix, although we didn’t actually get to meet them.

Yes, The Sandman episode 11 dropped the bombshell that Dream of the Endless has a son. So who is Orpheus, child of Morpheus (as a wise satyr once said, that’s a lot of euses)? Let’s recap.

The Sandman bonus episode reveals Dream has a son

“Calliope” focuses on the eponymous Calliope (Melissanthi Mahut), a Greek muse who has been imprisoned and abused by a writer desperate for new ideas and the fame and fortune that comes with them. Over the course of the episode, we learn that Calliope is actually the ex-wife of Morpheus (Tom Sturridge), whose marriage dissolved after the death of their son, Orpheus.

The Fates reveal that Orpheus once journeyed into the underworld to rescue his dead wife, Eurydice, but was ultimately torn apart by the gods for his sacrilege. Calliope blamed Dream for his fate, causing their relationship to crumble. Those who know their Greek myths will be familiar with the character of Orpheus, whose mother was also Calliope. But how does the DC version of the tragic hero differ?

Orpheus’ role in the comics, explained

Orpheus first appeared in the comics in “The Song of Orpheus,” as originally released in 1991’s The Sandman Special before later being collected in Fables & Reflections, the sixth volume in the series. The flashback storyline is essentially a retelling of the Orpheus legend, albeit reimagined to fit within the Sandman universe.

In keeping with the myth, Orpheus is heartbroken when Eurydice dies on their wedding day from a snakebite. His aunt Death encourages him to retrieve her from Hades, but he fails. To protect him from the retribution to come, Death grants him immortality. But this only proves to be a curse when he is ripped to shreds and survives as a disembodied head.

Orpheus returns to play a bigger role in Brief Lives, the seventh volume, in which we learn that Sandman hired Lady Johanna Constantine to locate his son’s head in the 1700s and ensured that it was looked after for the next few centuries by an order of monks. In the present, Dream is forced to visit his tormented son once more when he needs information to help find his missing brother, Destruction.

When will Orpheus appear in the TV series?

The big question we have now, then, is if and when Orpheus will appear in the TV series. The good news is that executive producer Allan Heinberg has confirmed the character will show up sooner than later. The showrunner revealed to Variety that plans are afoot to feature him in the second season, as negotiations with an unknown actor are already underway.

“I don’t know if I’m allowed to say it, but we’ve talked about someone that we feel very strongly about,” Heinberg let slip. “And we have had those conversations and if we get a second season, we would love to be able to cast that person. We are conceiving of the whole season with this person in mind.”

With season one tackling volumes one through three, season two will presumably adapt the fourth, fifth, and sixth graphic novels, which means we can likely expect an adaptation of “Song of Orpheus.” The character would then no doubt return in a bigger capacity for the Brief Lives storyline that would unfold in a hypothetical third season.

Of course, more Sandman in general is hypothetical right now as Netflix has yet to officially announce another batch of episodes, with Gaiman admitting the future is unclear. So stay tuned for the news that we all want to hear.