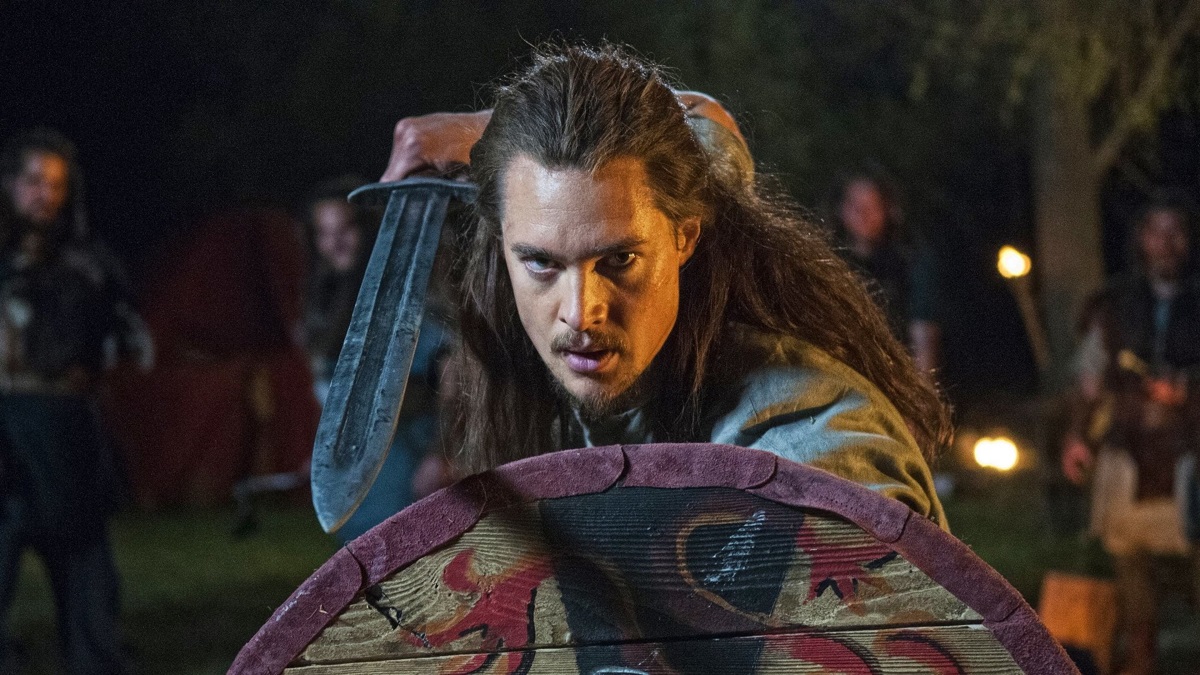 A parent-child relationship can be a wonderful source of unconditional love, abusive, or something in between. Children are greatly impacted by their parent’s affections, or lack thereof. These themes are explored in television shows such as The Last Kingdom. The character of Osbert is barely seen on the show but his story is instrumental in continuing its important parental themes. To understand who he is one has to examine the show’s plot, his parentage, and how his story connects with the larger world of the show.

The Last Kingdom premiered on the BBC on Oct. 15, 2010. This historical fiction show was based on The Saxon Stories by Bernard Cornwell and adapted for television by Stephen Butchard. Netflix acquired this series in 2018. It was canceled after five seasons but fear not – the story will continue in a film titled Seven Kings Must Die.

The series tells the story of how modern England as we know it was formed. Vikings and Danes once controlled most of Britain. The protagonist of the series, Osbert, was born Saxon. When his older brother is killed by the Danes, he is re-baptized Uhtred to take his place in the line of succession as a nobleman. When Uhtred’s father is killed in battle, he is taken prisoner by Earl Ragnar. Ragnar comes to love Uhtred as his own son. The conflict of Uhtred’s two different worlds and parentage is central to the themes of the show. It is further complicated when Ragnar is killed by one of his own. Uhtred wants to claim his birthright as a noble Saxon, honor his Danish heritage, and avenge Ragnar. In order to accomplish his sometimes conflicting goals, he teams up with King Alfred.

Uhtred’s love life is a reflection of his inner turmoil over his identity. A whole piece could be written on them alone so we will just cover the highlights. King Alfred forced Uhtred into an arranged marriage with Mildrith, a Saxon, in order to “civilize” him. They had one child who died as a baby. Throughout the series Uhtred has an on-again, off-again relationship with his childhood friend Brida, a Saxon also raised by the Danes. After Mildrith and his relationship dissolves, Uhtred marries Gisela, sister of King Guthred of Northumbria. They have three children: Uhtred, Stiorra, and Osbert. Gisela dies giving birth to Osbert.

Uhtred’s children are used as a pawn in the ongoing conflict between Saxon and Danes. When Uhtred gets into trouble and is exiled, they are sent to be raised by King Alfred in the Christian religion. This causes his oldest to change his name to Oswald and become a pious cleric. Uhtred kidnaps him to restore their relationship. Brida castrates Oswald to punish Uhtred, this means he cannot be Uhtred’s heir because he can no longer have children himself. Although Stiorra received similar Christian upbringing as her brother, she retained more of her wild ways. She was mainly raised at Aethelflaed’s palace. She eventually goes on to marry Sigtryggr, a viking warlord.

Osbert is the youngest of Uhtred’s three children. He is the one audiences see the least on the series. Nigel Marchant — a producer on the series — says this is because they feared introducing too many new characters. “We really felt that we were introducing Uhtred’s two children, we also had Aelfwynn and Aethelstan who were caught up in all the action, and just thought it would be one character too many. That’s not to say that we couldn’t see them in the future,” he stated. Marchant kept this promise.

In the final few episodes of the series, the audience discovers where he has been. Uhtred calls on his friend Hild for help finding him on the island of Lindisfarne. “No, no, he’s too young,” Hild states. “Not his help,” Uhtred rebuts. Audiences are left to wonder who he is.

In the finale episode of the series, viewers watch as Hild brings a boy named Osbert to Bebbanburg, which Uhtred has finally claimed as his birthright. Osbert does not know who his family is but is about to be reunited with them. Hild told him that he is going to meet “the new Lord of Bebbanburg.” “You think he may have once met my father?” Osbert inquires. “Yes. Something like that,” Hild answers.

Osbert is Uhtred’s first name so this is a full-circle moment. There is speculation that Osbert will become the heir since he can still have children unlike his older brother. Fans will have to wait until the movie for the definitive answer on that.