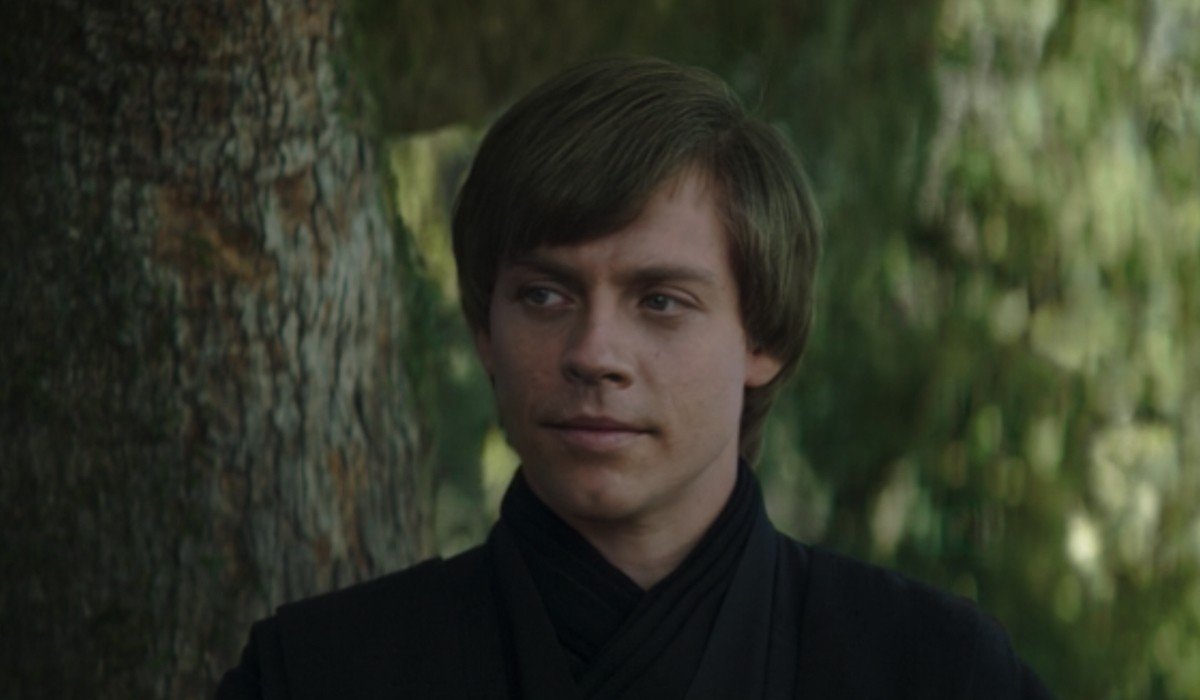 Many assumed The Last Jedi would be the last time we saw Luke Skywalker. The climax saw the iconic hero facing down the First Order on Crait and buying the Resistance enough time to beat a hasty retreat. His appearance proved to be a force projection from his home on Ahch-To and the strain of using this power killed him.

But death didn’t slow Luke down. He first appeared as a Force ghost in The Rise of Skywalker, and his younger self turned up to save the day in The Mandalorian‘s second season finale. That appearance took place while Luke was at the height of his power, and fans were thrilled at him slicing up Moff Gideon’s death troopers and taking on Grogu as his Padawan.

Now he’s back again. The Book of Boba Fett‘s sixth episode – ‘From the Desert Comes a Stranger’ – saw Din Djarin checking up on Luke and Grogu. What followed was heaven for Star Wars fans: extended scenes of Luke instructing Grogu in the ways of the Force, with a teaching style clearly influenced by Yoda. In addition, the episode’s cliffhanger almost certainly means Luke will return in The Mandalorian‘s third season later this year.

So, who’s playing this de-aged Luke Skywalker? The answer is more complicated than you might think.

The Mandalorian’s Luke was created using deep fake technology: using AI to simulate a younger Mark Hamill from original trilogy footage and then-contemporary interviews. In The Mandalorian actor Max Lloyd-Jones ‘played’ Luke’s body, with voice synthesizer Respeecher used to recreate his voice. Hamill also appeared on set in full costume, though his performance was intended to be used just as a VFX reference and an aid for the cast.

Creative art manager at Lucasfilm Phil Szostak went into detail on their ambitions for Luke, saying in an interview that:

“For Luke especially, the aesthetic of his look is just about being faithful to what you know. But it’s more what you think you know, versus what it actually is. It’s almost like an elevation or a sketch of your memory versus being exactly, precisely one-to-one with the last time we saw him in the timeline, which would have been, you know, Return of the Jedi, and the supplemental narrative material that he was in for Battlefront II.”

Despite ILM’s efforts, this version of Luke was widely criticized for looking fake, with several YouTubers presenting their own takes on the scene. ILM and Lucasfilm paid attention and hired YouTuber Shamook based on his particularly impressive video, giving him the title of “Senior Facial Capture Artist”.

Shamook’s expertise was put to the test in The Book of Boba Fett, resulting in a much more realistic-looking and sounding Luke. According to the credits, Hamill returned to play Luke but it’s likely his performance was once again only used as a reference for the VFX artists. This time the credits indicate his body was played by two people: performance artist Graham Hamilton and stunt double Scott Lang, both of whom are listed as playing “Jedi”.

The Book of Boba Fett‘s deepfaked Luke had much more to do than in The Mandalorian, including running through the woods with Grogu on his back and demonstrating his lightsaber skills, all of which necessitated splitting the performance between three people.

Luke’s voice in the episode also followed the route used in The Mandalorian, being digitally recreated via the Respeecher voice synthesizer, though the sound team almost certainly also has an original voice track from Hamill to model the AI performance on.

So, The Book of Boba Fett‘s Luke is ‘played’ by a lot of people. Mark Hamill, Graham Hamilton, and Scott Lang acted on set as Luke, with a talented team of VFX artists (including YouTuber Shamook) responsible for the deepfaked performance. Voice work is a combination of Hamill’s old and new performances (potentially with an assist from Graham Hamilton) processed via the latest version of the Respeecher program.

Deepfake technology is advancing at a rapid pace, and it’s telling how much Lucasfilm’s Luke has improved in the relatively short gap between The Mandalorian and The Book of Boba Fett. It’s still not perfect, but in another year’s time, I suspect the last few wrinkles will have been ironed out.

This tech maturing means it’s now open season on deepfaked characters in movies and TV, so expect to see de-aged versions of iconic characters popping up all over the place from now on. It’s a brave new world out there, and perhaps it won’t be too long before we get a Star Wars show or movie populated entirely with deepfaked classic heroes.