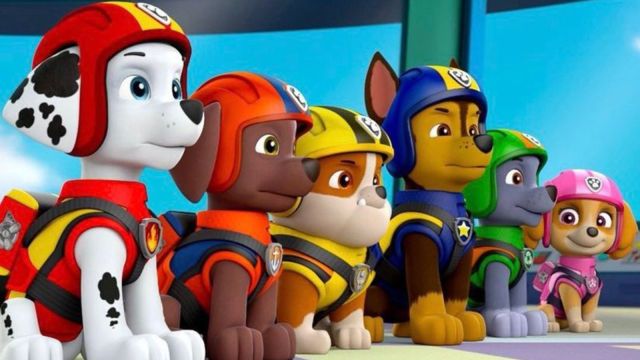 Following the conclusion of the Jodie Whittaker era and the return of David Tennant, ahead of Ncuti Gatwa taking over the TARDIS, Doctor Who is on the verge of entering a brand new era. And to go along with that, the immortal sci-fi series has just unveiled a fresh logo that’s drawn from the annals of Whoniverse history. But while Whovians are raving about it, the rest of social media is picking up some surprising vibes.

In the wake of the new logo’s reveal, Paw Patrol has been trending on Twitter as everyone and their dog is making the exact same joke. Yes, the general shape of the revamped Doctor Who logo vaguely resembles that of the popular pre-school kids show, and nobody can resist pointing that out.

No, you’re really not.

Doctor Who? More like Dogtor Who, am I right? *avoids rotten fruit*

For those old-school Whovians, though, the Paw Patrol memes are rubbing them up the wrong way as this logo is actually an update of the one used during Tom Baker’s beloved tenure.

On top of this logo unveiling, today also delivered the announcement that the BBC and Disney have entered into a groundbreaking partnership to make Disney Plus the official streaming home of Doctor Who moving forward, at least outside of its native United Kingdom and Ireland, which should only open the doors of the TARDIS to an even bigger audience than ever before. Meanwhile, what’s Paw Patrol got? A movie with Kim Kardashian in it? Pfft.