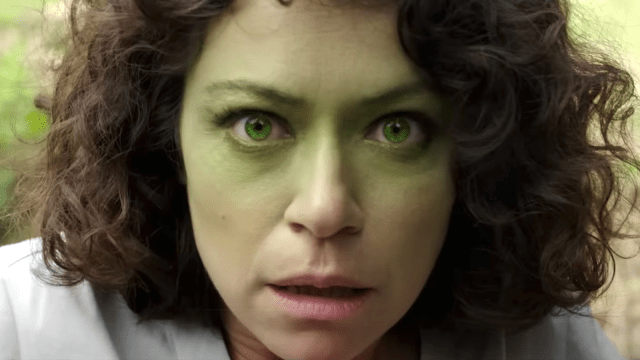 MCU fans got their first taste of Jennifer Walters in She-Hulk: Attorney at Law, and the results are in. By and large, the first episode has been a hit with viewers and critics.

Making her MCU debut, Walters is introduced as an attorney who represents and specializes in cases that revolve around superhumans. She also happens to be the cousin of another superhero that the MCU faithful are very familiar with, Bruce Banner. During the first episode, one thing that fans noticed was that Walters was narrating her story directly to the camera, something that is new to Marvel Studios. Deadpool pooled it off years earlier, but that was a Fox film.

As this is far from the norm for Marvel Studios, fans are wondering if this is something new and fun the studio is trying with She-Hulk, or if there is more behind why she is breaking the fourth wall. If so, could there can be more fourth-wall breaks in upcoming episodes?

Why is Jennifer Walters breaking the fourth wall?

Although it was Deadpool who popularized breaking the fourth wall within superhero films, Jennifer Walters started the trend 33 years ago in 1989’s The Sensational She-Hulk comic series. Tatiana Maslany, who plays Jennifer/She-Hulk, has joked that Deadpool copied She-Hulk’s homework.

The goal for the show was to recreate the comic book series as much as possible, and having Walters break the fourth wall numerous times throughout the first episode was an absolute must for the writers and producers. This trend will more than likely continue throughout She-Hulk.

The writers have found the narration style to be somewhat difficult, as they do not want to make the amount of fourth-wall breaks excessive or unnecessary to the point of losing impact. Figuring out that balance and making sure that she is connected to the larger MCU is pivotal, especially as there are endless opportunities for her to appear in other productions.

She-Hulk: Attorney at Law is now available for streaming on Disney Plus.