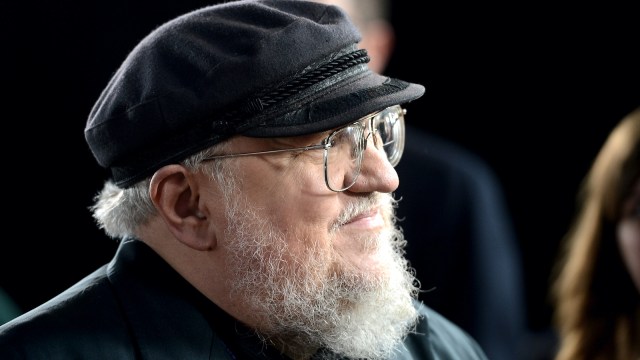 In 2011 television changed forever when Game of Thrones premiered on HBO. The 10-episode season set the groundwork for what would become, to many, one of the best TV shows of all time. That same year, George R.R. Martin released the fifth book in his A Song of Ice and Fire fantasy series, titled A Dance with Dragons. Little did we know, it’d be over a decade until he wrote another sequel.

Now, however, it’s been 11 years since A Dance with Dragons came out, and fans are still waiting for The Winds of Winter to release. More importantly, there are questions about whether or not The Winds of Winter will be the final installment in the A Song of Ice and Fire series, or if there are more books to come – especially since seasons six, seven, and eight of HBO’s Game of Thrones was based on plot details that haven’t yet been published by Martin.

Here’s what we know about the future of A Song of Ice and Fire.

Will Winds of Winter be the last A Song of Ice and Fire book?

When Game of Thrones aired on HBO, there was little concern that the show would catch up to Martin’s books, especially since the third book A Storm of Swords was split into seasons two, three and part of four. In Martin’s mind, he had all the time in the world to finish The Winds of Winter before the show caught up to him. Especially since The Winds of Winter was originally intended to be the last book in the series.

In fact, A Song of Ice and Fire was only supposed to be a trilogy. As Martin tells it, that’s how he sold it to his publishers – A Game of Thrones, A Dance With Dragons, The Winds of Winter. That’s it. However, it was during the writing of A Game of Thrones that he realized he “was not even remotely close to the end,” he told Vanity Fair in 2014. “So my trilogy, at that point, became four books. Then, at a later point, it became six books. And now it’s holding steady at seven books.”

That’s right, A Song of Ice and Fire won’t end with The Winds of Winter. Martin has every intention in the world of writing a seventh and final novel, titled A Dream of Spring (originally titled A Time for Wolves). Of course, he himself has said “I’m as firm as I am,” in regard to whether the series could continue beyond A Dream of Spring. That’s not saying much considering his follow-up statement to that was, “until I decide not to be firm,” per Entertainment Weekly. So, who really knows?

What we do know is that we have (at least) two more novels to look forward to in the A Song of Ice and Fire series – The Winds of Winter and A Dream of Spring. When we’ll see those two books on the shelves is another question entirely. Just recently he teased the progress of The Winds of Winter on his blog, saying he has been at work in his “winter garden,” explaining how things are growing, changing, and twisting and turning. And that he’s noticed his “garden” is taking him “further and further away from the television series.”

Which, you know, sounds like a big and exciting update. But when you look at the past 11 years of progress updates, it might actually be not that big at all.