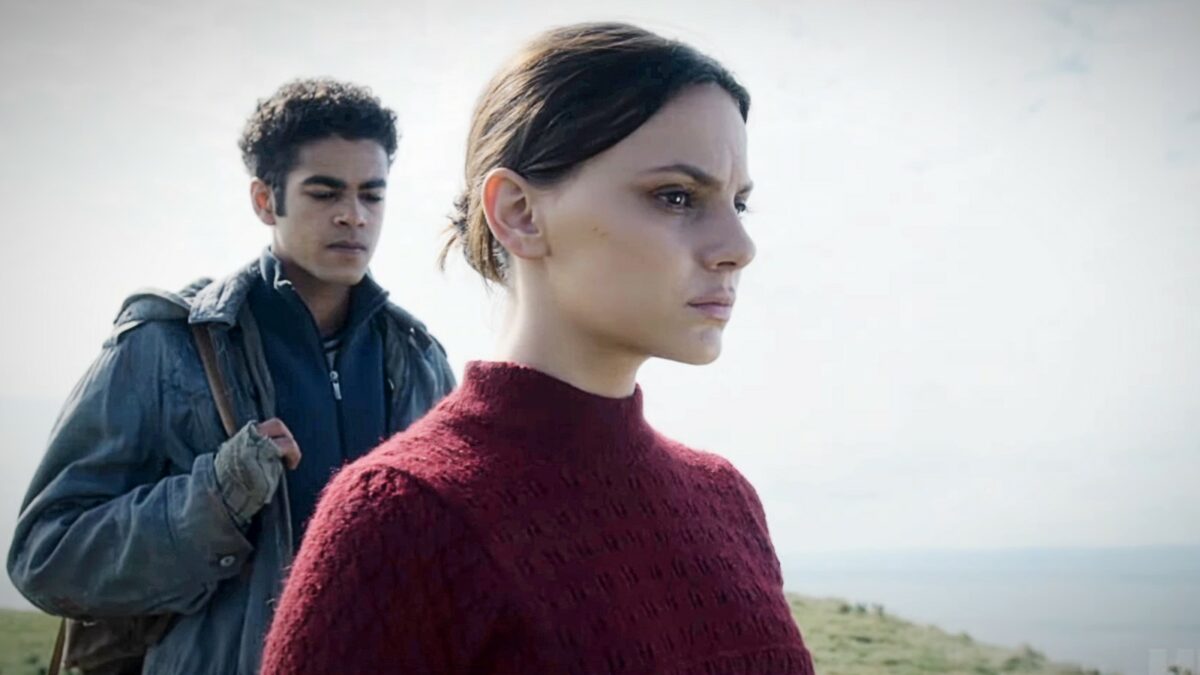 Warning: This article contains spoilers for His Dark Materials seasons one to three.

With this week’s bumper two-episode finale, the third season of His Dark Materials, starring Dafne Keen, Amir Wilson, Ruth Wilson, Will Keen and James McAvoy, came to a thrilling conclusion. But it’s left all fans asking, will there be more of Lyra’s adventures?

What is ‘His Dark Materials’?

The HBO/BBC show was an adaptation of Philip Pullman’s trilogy of fantasy novels, which includes Northern Lights (also known as The Golden Compass), The Subtle Knife, and The Amber Spyglass. The show is set in a multiverse of worlds and follows two young children; a girl named Lyra Silvertongue (formerly Belacqua) and a boy named Will Parry as they unwittingly get involved in a fight against religious institutions both on earth and in the heavens by a coalition of humans from several worlds, witches and Angels. Will becomes the bearer of a knife that can cut through worlds and Lyra has the gift to read the alethiometer, a compass-like device that tells the truth. She is also believed to be the reincarnation of ‘Eve’ and the subject of a prophecy held amongst the witches, that she is to bring about the end of destiny and reinstate free will.

The TV adaptation, the second adaptation of the trilogy of books after 2007’s The Golden Compass starring Nicole Kidman and Daniel Craig, took the approach of adapting each book in the trilogy for a season so unfortunately, that means that with the third season, all three books of Philip Pullman’s trilogy have now been completely adapted for the TV series.

How does the third season end?

If you’ve finished the third season, which I hope you have because we are about to go into spoiler territory, you will remember that the penultimate episode ended with Lord Asriel (James McAvoy) and Marisa Coulter (Ruth Wilson) sacrificing themselves in their ultimately successful effort to kill the Authority’s Regent Metatron.

Additionally, Lyra and Will, after finding their daemons, are informed by Xaphania (an Angel) in the season (and series) finale, that all the windows between worlds that had been opened by previous knife bearers had to be closed (except the one allowing the dead souls passage through the Land of the Dead) and future windows couldn’t be opened to avoid Dust escaping and more spectres being formed. This coupled with the fact that neither Will nor Lyra can live in a foreign world for too long, meant that our two heroes, and recent lovebirds, had to separate permanently and Will had to break the knife. Before they leave each other, they make a promise to return to the bench in the botanic gardens in their respective worlds every year and share the time together. The show then ends by informing us that Lyra and Will continued this tradition and that Lyra re-learned how to read the alethiometer “which would come in useful one day, when Lyra and Pan would go on to have a further great adventure. But that’s another story…”

Could there be more of ‘His Dark Materials’?

So, while the show fully adapted all three books in the original trilogy, there is still a potential for more stories to be told. Let’s look at what some of these options could be.

This is the first of three novellas by Philip Pullman set in the Northern Lights universe. This novella is set two years after the conclusion of The Amber Spyglass and picks up when Lyra is 15 years old. It is set in a day of Lyra’s life at Jordan College in Oxford and excitingly includes, witches, deceit, revenge, and death. Without giving away too many spoilers, the story comes about as a result of the actions in The Amber Spyglass.

The good news is that considering this story only takes place two years after the conclusion of The Amber Spyglass, Dafne Keen can reprise her role in a future installment. Considering how impressive she was in the three seasons, that would be very welcome by fans. However, due to its length, it would be surprising if the story was enough for more than one season of television, or maybe a movie.

Once Upon a Time in the North

The second of Pullman’s novellas, this is his first prequel to the His Dark Materials trilogy and focuses on Lee Scoresby (played by Lin-Manuel Miranda in the TV show) and everyone’s favorite armored bear, Iorek Byrnison.

It depicts the first meeting, and adventure, between Lee Scoresby, in his mid-twenties (so maybe just a bit too young for Lin-Manuel), and Iorek. Similar to Lyra’s Oxford, there is probably not enough story in the novella to sustain more than one season of television but it could be a fun experiment for a limited series to check in with a younger and more reckless Lee Scoresby.

This is the third of Philip Pullman’s novellas and is interestingly set after the events of His Dark Materials, specifically The Amber Spyglass, and before the second book of The Book of Dust trilogy, which we’ll discuss below.

The story follows a teenage Lyra and Pantalaimon (her daemon) as they journey to the Arctic town where she first met Lee Scoresby and Iorek to find a witch-consul named Dr. Lanselius.

The Book of Dust trilogy

The Book of Dust trilogy is Philip Pullman’s new and ongoing trilogy which expands the world of His Dark Materials. At the time of writing, the first two books of the trilogy have been published with the third and final one still untitled.

This book is set 11 years before Northern Lights (The Golden Compass) and covers how two children – 15-year-old Alice and 11-year-old Malcolm – protected a six-month-old Lyra and details how she was able to receive academic sanctuary at Jordan College. It also covers the start of academic research into Dust as well as how an infant Lyra came into possession of the very rare alethiometer.

Adapting this as a season of television could be an interesting route as it would be something different but still feel a bit similar to what we know. Like His Dark Materials, it would be following the adventures of two young kids as well as expanding our understanding of Dust. The story also features appearances by fan-favorite characters Lord Asriel and Mrs. Coulter. However, considering their ages in the story, it may prove difficult for James McAvoy and Ruth Wilson to reprise their roles.

The second book in The Book of Dust trilogy, The Secret Commonwealth is set ten years after the conclusion of the His Dark Materials trilogy and finds Lyra, now in her early twenties studying at St Sophia’s College, Oxford. As mentioned earlier, The Secret Commonwealth falls after Serpentine in the chronology, and the events of Serpentine help to influence Lyra and Pan’s character development here.

It finds Lyra and Pan at odds over some of Lyra’s recent choice reading and when they witness a murder on a nightly walk, this triggers a thrilling and dangerous series of events involving Magisterium agents, pharmaceutical executives, and covert traveling.

The Secret Commonwealth definitely tells a more adult story and could be the right material for a grown-up Lyra (and Dafne Keen) and a more mature audience that has grown up with the His Dark Materials trilogy.

The third book in The Book of Dust trilogy is currently untitled and does not have a publication date attached. However, Philip Pullman did confirm that he expects the final book to be ready by September 2023 and even provided a friendly page update.

Do the cast and crew want to make more ‘His Dark Materials?’

Dafne Keen, who plays Lyra Silvertongue has expressed interest in continuing to tell Lyra’s story, told Radio Times, that she wishes she could play Lyra for the “rest of my life”. She also mentioned to Newsweek that she would “love to come back” to play Lyra in an adaptation of The Secret Commonwealth but that it was a “producer conversation”.

Speaking of producers, Jane Tranter who served as a producer on His Dark Materials, said to Radio Times, that she is very keen to adapt The Book of Dust trilogy and that Philip Pullman would love for them to do it but it would have to be after he has finished and released the final book in the trilogy.