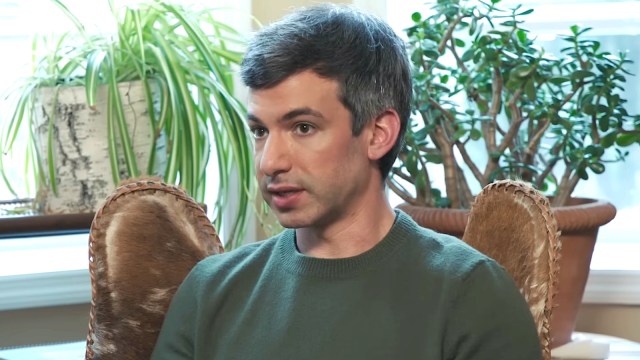 Fans of The Rehearsal on HBO Max have come to love the show for the quirky, at times mind-blowing, comedy that it provides to viewers. Nathan Fielder takes his talents all around to help typical people rehearse different conversations or events that might be coming up in their lives, that way they can feel more comfortable once those events are actually here — at least that’s the setup.

The events have a wide range that Nathan helps those rehearse for, from everything to about confronting a lie that someone told in the past to raising a child. In order to make the most of the experience that these people have while on the show, Nathan has sets made that go to the exact detail of what the person will be experiencing and seeing when they are truly put in the situation that they are rehearsing for.

Another thing that Nathan does to those who appear on the show is hiring actors that go over many different outcomes that might come from whatever situation those on the show are preparing themselves for. While this all sounds fairly normal on the surface, the show has an almost eerie meta-narrative woven throughout. Season one has been received very well by both viewers of the program and critics alike, with the show getting a 92% rating on Rotten Tomatoes.

All of this has fans wanting to know if there will be a season two of The Rehearsal coming after the first season concludes.

Will there be a second season of The Rehearsal?

After finding their footing in the first season of the show, fans can expect even more in the second season, as Amy Gravitt, the Executive Vice President of HBO Programming recently said, “Nathan has sparked such a lively conversation with The Rehearsal. We have no idea where season two will take us, and that is the delight of this boundary pushing show from a truly singular talent.” Those who wish to watch The Rehearsal can do so by tuning in on HBO Max.