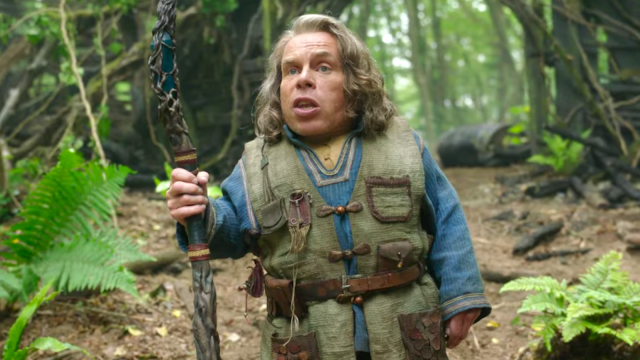 Photo via Disney Plus/Lucasfilm
Review of:

One of the biggest events of the year that Disney puts on is the D23 event. One of the things that fans were excited about was the release of the trailer for the new show Willow, which will be a sequel to the movie that was released in 1988. The original movie starred Warwick Davis as Willow Ufgood, a man who wants to become a sorcerer.

Willow finds a baby that has the ability to bring about the downfall of an extremely evil and nasty queen, Queen Bavmorda. Willow and his family are not sure of what to do, because they really do care for the baby, but do not want to be sought by the queen. The baby is then kidnapped by workers of the queen, but a fairy gives Willow a wand and is giving him a chance to become what he wants.

Willow and his team go on an adventure and come across many different magical beings in the way. After having defeated them all, Willow casts a spell to make it seem as though the baby vanished. This made the queen accidentally banish herself from her own kingdom and castle. After everyone is safe, Willow is given a book of spells.

He then brings it back to his home feeling amazing after completing his quest and becoming a sorcerer. This amazing story has fans wanting to know if Warwick Davis will be back on the show to reprise his role.

Will Warwick Davis reprise his role?

Fans of Warwick Davis will be delighted to know that he will be back as Willow in the upcoming show. The fact that the show is finally being released is somewhat of a relief for fans. The idea of the show has been floating around creative circles since 2005. After a 13-year gap, discussions were then revamped in 2018, this time successfully with production beginning in 2020.

Unfortunately, aside from the trailer that was released at D23, there has not been a lot given out to the public about what will happen in the show. One thing that we know for sure from the trailer is that Willow and a group of people appear to be going back to Whalley. The new characters could be children from past characters or just new characters from new backgrounds overall.

Fans will be able to start streaming the sequel show starting on November 30 on Disney+.