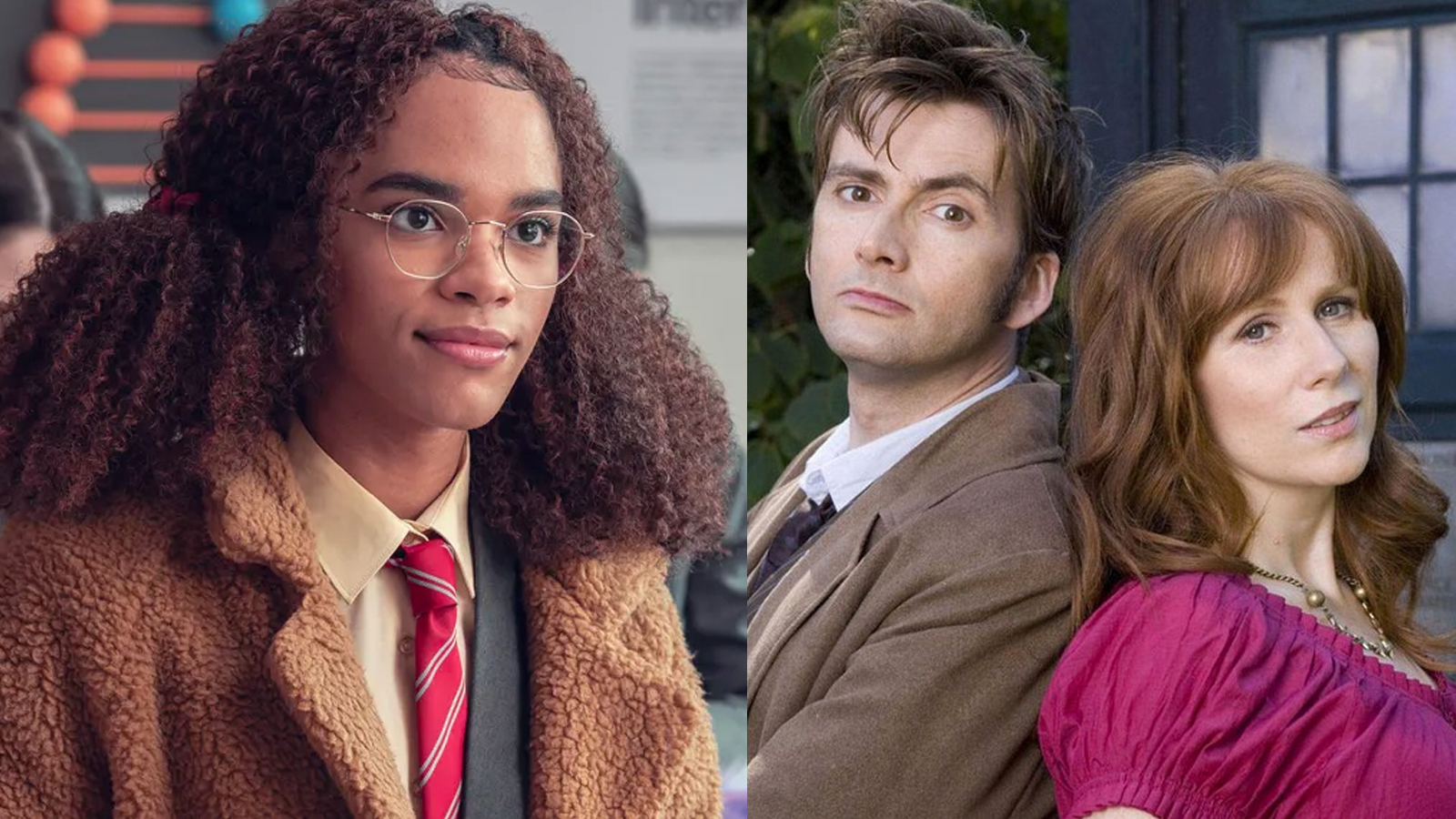 Doctor Who fans reckon a behind the scenes video from the 60th anniversary special has revealed what role Heartstopper‘s Yasmin Finney will play in the new season. Allons-y!

Finney was spotted on set with David Tennant (Tenth Doctor) and Catherine Tate (Donna). They were joined by Jacqueline King who plays Donna’s grandmother and Karl Collins who plays Donna’s husband Shaun. The group were walking towards the TARDIS.

Fans on TikTok noted Finney was holding hands with King. They reckoned the fact she was with the rest of them suggested she could be Donna and Shaun’s child in another universe.

“This makes me think even more that rose is Donna’s daughter,” one fan said in the comments on the video.

“I swear if she isn’t Donna’s daughter,” another added.

To add to this theory, her name “Rose” could just be a nod to Billie Piper‘s character. Donna met Rose in the season four finale so there’s a chance she knew her in another timeline. In the meantime, here are the Tenth Doctor and Donna stories you need to watch before they return to the series.

ICYMI: the BBC announced Yasmin Finney would be joining the space-time-continuum earlier this week. The news came after Sex Education star Ncuti Gatwa was revealed as the next Doctor.

Fans then speculated Bridgerton and Derry Girls actress Nicola Coughlan could be one of Gatwa’s companions after they were spotted at the BAFTAs together when the news broke.

Finney blew up in April after her role in Netflix’s wholesome LGBTQIA+ coming of age series Heartstopper.