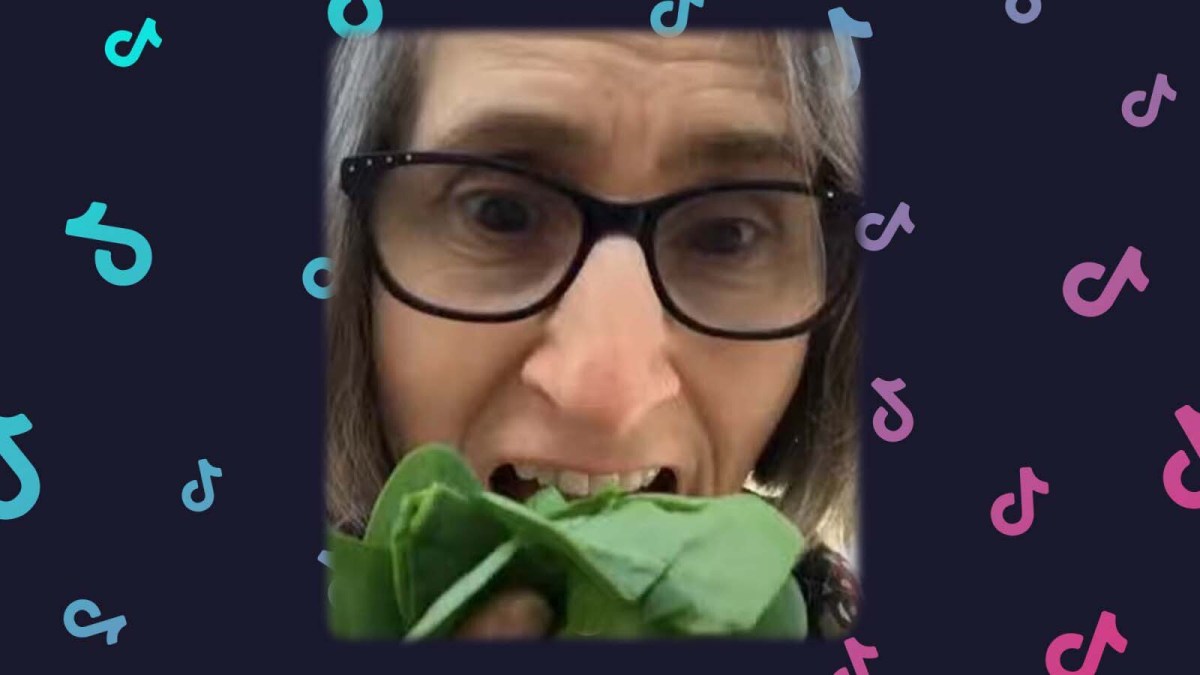 Since its inception, TikTok has been the place to go for all the latest viral dances, sounds, and popular video trends. Typically, a sound is created from a section of a popular musician’s song, but there are times when TikTok creators actually come up with their own unique sounds.

Sometimes they’re pulled from TV shows like Family Feud or video games like Super Mario Kart. Of course, if you’re an active TikTok user, then you already know this, and if you’ve been on the app recently, then you’ve probably noticed several videos using the “Eat Your Vegetables” sound. But what is it and how did it start?

What is the “Eat Your Vegetables” sound?

The sound first began with former TikToker Miss Kadie ⏤ also known as That Vegan Teacher ⏤ posted a video of herself stuffing her face with the lettuce while shouting out in a high pitch voice, “Eat your vegetables!” Unfortunately, the Vegan Teacher was banned from TikTok in Feb. 2021 for violating community guideline after she attacked other TikTokers like KallMeKris for their beliefs.

However, The Vegan Teacher’s voice and message are still being heard long after her departure from the platform thanks to another TikToker called sulfateoctagon.

According to Know Your Meme, in September of last year, the TikTok user took The Vegan Teacher’s soundbite and remixed it with the song “And to Those I Love, Thanks For Sticking Around.” They then used a clip from the video game Grand Theft Auto featuring an avatar jumping high into the sky and spinning around before crashing into the surrounding rocks.

Since its original post on Sept. 17, sulfateoctagon’s video has received 49 million views and 7.9 million likes, prompting all kinds of TikTokers to use the sound.

So far, TikTok star Gangsta Granny has received 4 million likes and 21 million views on her video using the sound. Even TikTok creator turned social media star Addison Rae has gotten 40 million views and almost six million likes after using it to show off her horseback riding on the beach.

Of course, there are tons of viral sounds, clips, and transitions that have proven their viral potential on the app these last few years, but if you’re looking for an easy way to get noticed, the “Eat Your Vegetables” sound ⏤ paired with a great clip ⏤ is definitely going to help land you on someone’s For You page.