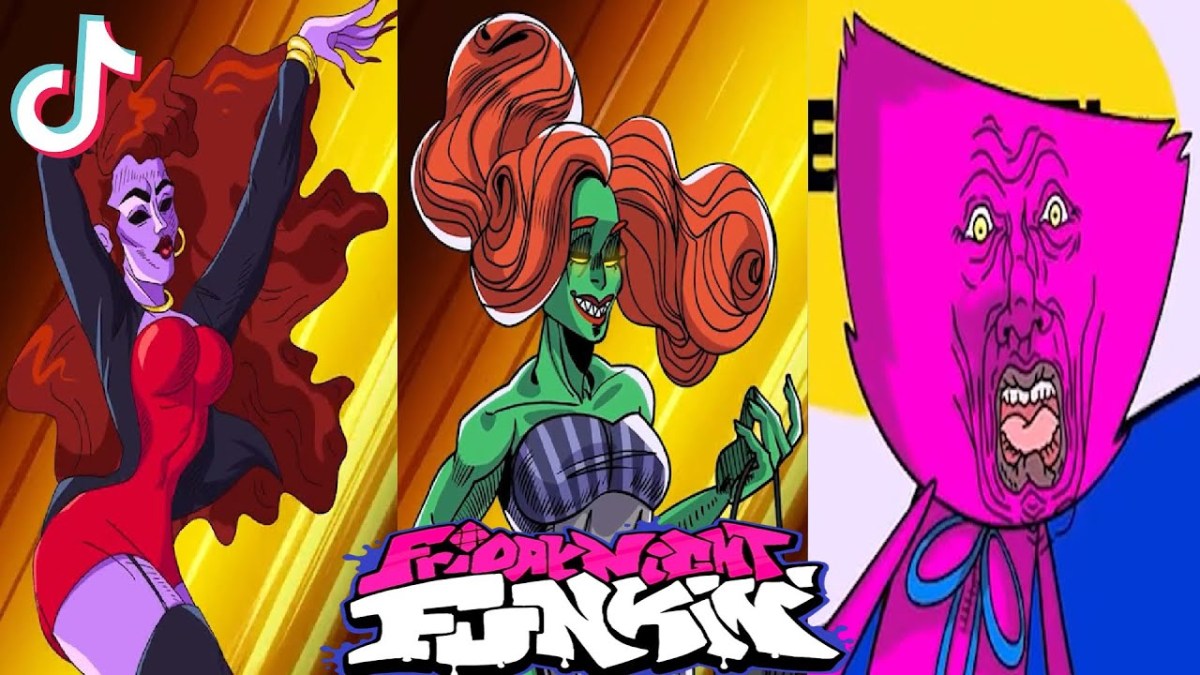 Over the last few years, TikTok has graced pop culture with a consistent stream of trends, dance routines, and interesting transitions that have occupied our time when we have nothing better to do. On TikTok, anything can go viral if done in an interesting way. Even a video game. No, scratch that…especially a video game.

Currently, Nintendo’s Super Mario Brothers is the go-to game for sampling sounds on TikTok, but it seems that app users have found a new game to latch onto. Plus, the game might have a slight advantage over Super Mario Bros, because it incorporates elements that young TikTokers love: a library of dope songs, wild looking characters to inspire cosplay, and a battle format as exciting as Street Fighter. Get ready to enter TikTok’s ‘Friday Night Funkin’ Trend!

How did the ‘Friday Night Funkin’ trend start?

The trend itself is based on the rhythm-based battle rap video game called Friday Night Funkin‘ that premiered on the entertainment website Newgrounds and the web-based interface GitHub in 2020. For those unfamiliar with these two platforms and the game itself, let’s do a quick overview.

Newgrounds is an entertainment website and company that was founded by Tom Faulp in 1995 to host user-generated content such as games, films, audio, and artwork composition. It’s a community where people can instantly publish and share their original animation, games, art, or music. In a sense, you can think of it as a more complex YouTube meant for digital creators, animators, and developers to share their wares, so to speak.

It also provides a visitor-driven voting and ranking system of its user-generated submissions, allowing creators to build a following similar to any other social media platform such as Instagram or TikTok.

GitHub is a code hosting platform for version control and collaboration that basically allows people to work together on projects from anywhere. The “Git,” comes from the fact that the web-based interface uses an open source version control software of the same name to allow for those people to make separate changes to the web pages at the same time, allowing for real-time collaboration in building and editing content.

History lesson aside, let’s get into the game.

What is the ‘Friday Night Funkin’ game?

Friday Night Funkin‘ started out as an open-source donationware rhythm game developed by a team of Newgrounds users during a game jam — an event where participants try to make a video game from scratch.

After Newgrounds users Cameron ” Ninjamuffin99″ Taylor, David “PhantomArcade” Brown, Isaac “Kawai Sprite” Garcia, and the unknown “evilsk8r” came together, the four created a game that not only incorporated elements from Newgrounds history, but also attracted new users to the Newgrounds website.

Friday Night Funkin‘ includes a roster generally composed of characters from external media on the Newgrounds site and revolves around the player character Boyfriend, who must defeat a variety of characters in singing and rapping contests in order to date his love interest, Girlfriend. In the gameplay, the battle revolves around mimicking the opponent’s notes with timed inputs while avoiding running out of health for the duration of the song.

In essence, the characters don’t really use any vocals, they simply “beep” and “boop” inadvertently in a rhythmic pattern while trying to outdo the other — reminiscent of games like PaRappa the Rapper and Dance Revolution.

At first, the demo only contained a handful of music tracks when it premiered in 2020. Since then, it has been updated periodically with additional menus, options, and dozens of new tunes through Newgrounds and Github. As of April 2021, six updates have been released, each including new stages.

Over the past two years, interest in the game has grown exponentially, with a growing quickly and notoriety on Newgrounds after receiving significant attention on other platforms such as YouTube and Twitch.

And now, the popular game has made its way to TikTok, where users are paying tribute in a way that is blowing up on the social media app.

What is Friday Night Funkin’ doing on TikTok?

Lately, TikTokers have used the battle themed tunes and the various characters of Friday Night Funkin to post comedy montages, reaction videos, skits, cosplays and transitions to pay respects to the underground game.

The trend has also inspired other animators to create their own video game themed shorts featuring FNF characters interacting with other recognizable characters from popular shows while using some of the game’s most infectious tracks.

Thanks to the exposure on TikTok, more fans have begun to play the game, leading to many requests for a full version. After the game’s Week 7 update was released on Newgrounds, the site crashed and was unavailable for several days due to an overwhelming increase in traffic. In the beginning of 2021, Ninjamuffin99 requested gaming giant Nintendo to support Friday Night Funkin‘ on Nintendo switch. Unfortunately he was denied due to the game being incomplete.

Since then, Ninjamuffin99 and the other developers have launched a Kickstarter in the hopes of turning Friday Night Funkin’ into an actual game, which they have tentatively titled, Friday Night Funkin’: The Full Ass Game for now. Ultimately, the Kickstarter impressively raised over $2 million and thanks to its success, the developers are currently focusing their efforts on creating the full game.