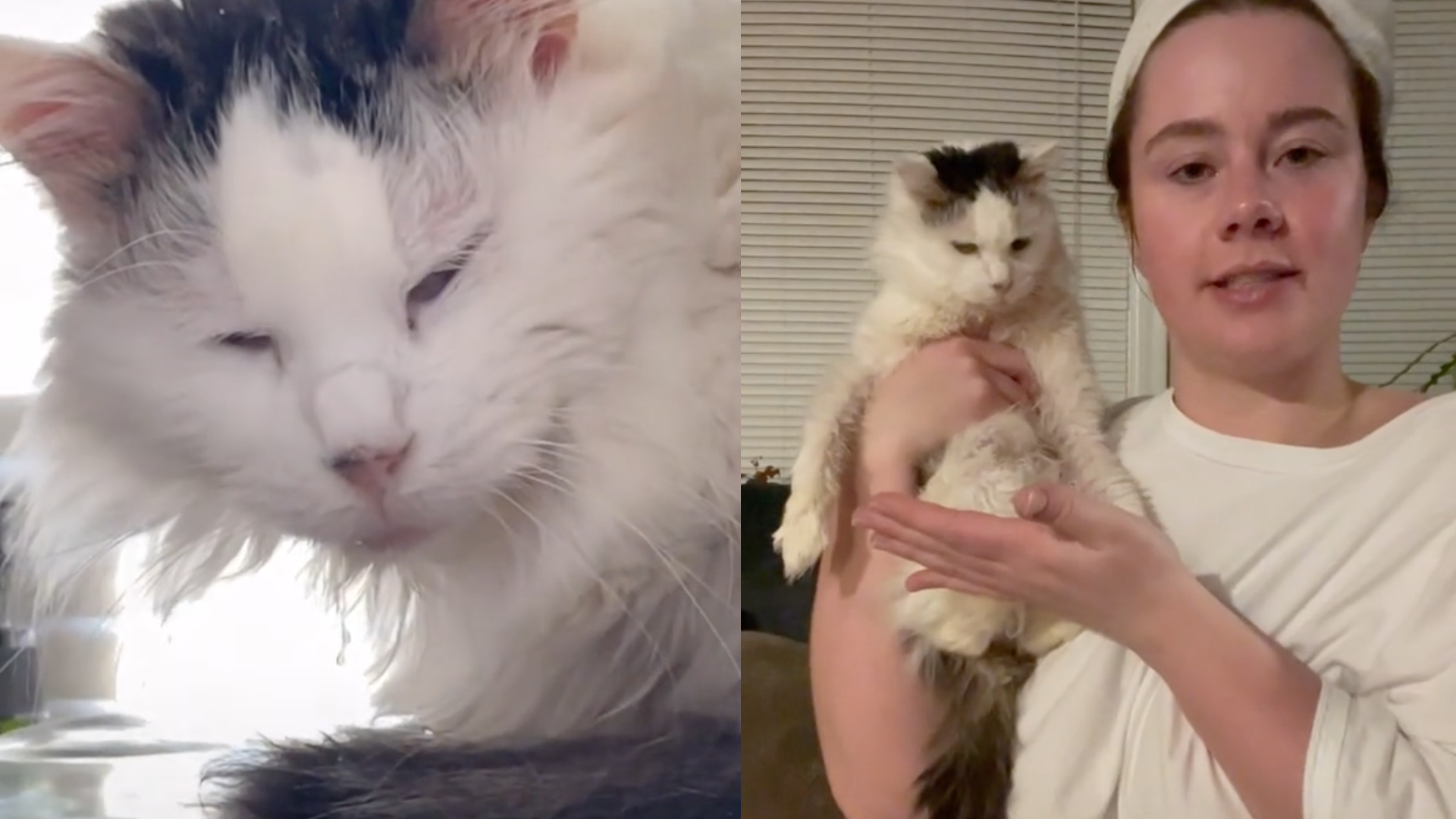 One of TikTok‘s favorite felines has passed from this world, leaving a trail of broken hearts in her wake.

Videos of Pot Roast, one of the web’s most beloved cats, delighted viewers for more than a year preceding her death. A TikTok page dedicated to Pot Roast is populated with hundreds of videos of the adorable white and black cat, dating back to December 2020.

News of Pot Roast’s passing spread quickly among TikTok users, devastating longtime followers and urging thousands of fresh users to discover the simple pleasure of Pot Roast content. In the aftermath of her passing, users around the web are flooding to @potroastsmom’s TikTok page to share their condolences.

Who was Pot Roast?

Pot Roast’s TikTok started the way most pet-centric social media pages do. Following a single video of actual humans, the @potroastsmom TikTok page became entirely dedicated to the fuzzy feline, with only occasional cameos from her owner. Videos on the page are simple and sweet, allowing viewers to watch as Pot Roast enjoys her day-to-day life.

Uploads to the page detail everything from Pot Roast’s eating habits to her favorite locations to be scratched. Viewers got to watch as the middle-aged cat gradually lost her teeth, interacted with her owner, and generally lived her best cat life. Pot Roast clearly had a close bond with her owner, who features in a number of her videos snuggling, petting, and playing with her beloved cat.

Pot Roast’s account grew immensely in popularity between its inception and her death. The earliest videos on the page typically earned view counts in the low thousands, while more recent videos reached hundreds of thousands of users, without fail. The page has nearly 950,000 followers and 65,000 likes. The most recent uploads to the page, which detail Pot Roast’s declining health and eventual death, each received a minimum of 1.5 million views. The most popular video, which has 8.8 million views, shows Pot Roast’s owner treating her dying feline with all of her favorite snacks.

Pot Roast ultimately died following ongoing health complications. She was diagnosed with feline immunodeficiency virus in the weeks before her death, an infection that eventually progressed to her bone marrow.

News of Pot Roast’s death took the internet by storm, devastating users and leading to a flood of new comments on @potroastsmom’s videos. People flocked to the page to share their condolences and say goodbye to the popular cat.

The most recent video on @potroastsmom’s page, posted on Feb. 16, informs viewers that “my little bird flew away at 11:47am this morning.” The text overlay goes on to explain that, when Pot Roast’s owner saw her, “I could feel that she was done fighting.” Her owner wrote that, while she wasn’t done fighting for Pot Roast yet, she “let her go.”

“She went to sleep in my arms,” the text overlay concludes. “In the end, it was just her and me. I am grateful for every moment we had together.”

The comment section for the video is absolutely flooded with words of support and sorrow. Even the official TikTok account showed up to say goodbye, writing that Pot Roast was “a kitty deeply loved.” In a previous video, the same account noted that, as an app, it was “better having had a little bit of Pot Roast.”

While many of the comments on the video share goodbyes with the cherished cat, the majority offer words of comfort to her mourning owner. People flooded the comment section with words of love, letting Pot Roast’s owner know that “she passed knowing you loved her,” and telling her that she was “an amazing cat mother.”

The Pot Roast love spread to Twitter, as well, where people shared their sorrow over the cat’s untimely death.

People have also taken to sharing some of their favorite pictures and clips of Pot Roast, spreading her influence even further.

Pot Roast was so popular, in fact, that her passing prompted the cat’s name to trend on Twitter in the hours after her death.

The internet continues to mourn Pot Roast, sharing sweet sentiments and looking back at her old videos in fondness. Her death has been met with legitimate sadness from a huge swathe of people, all of whom were connected in their shared love of an internet cat.

Rest in peace, Pot Roast. You will be missed.