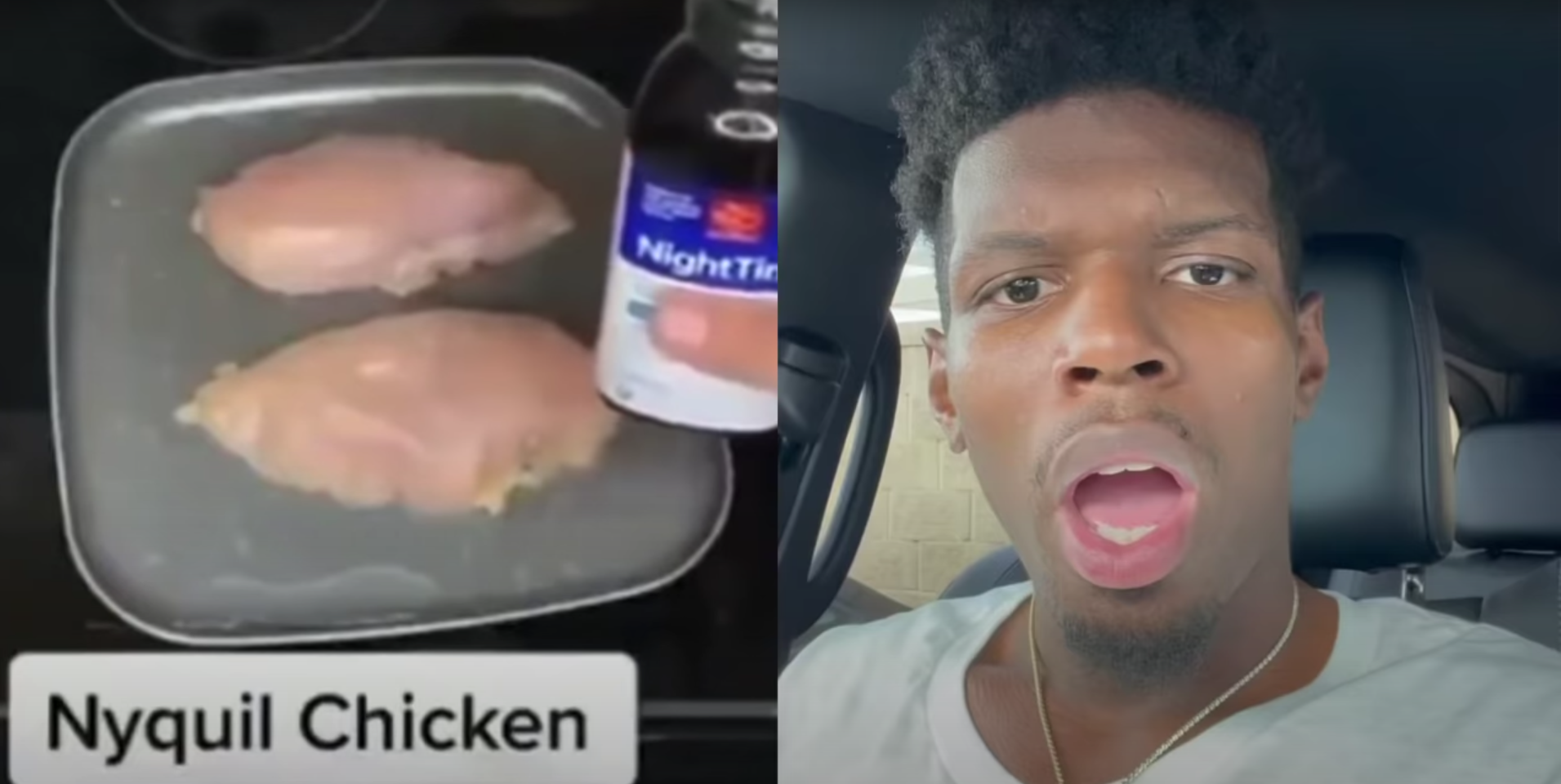 This isn’t the Colonel’s 11 secret herbs. A new challenge on TikTok has users, seriously or not, soaking and sauteing chicken meat in NyQuil cold medicine, and it has doctors and health professionals concerned. The unusual – to say the least – video first surfaced in 2020 and has been making the rounds again as users post their own reactions to the video and the resultant greenish-blue-hued chicken breasts.

Most users have voiced their disgust at the video, with most viewers expressing downright revulsion at the idea and many outright warning against it. Other users seem to nod and wink along with the video believing that the original footage is intended as a joke. But some healthcare professionals are concerned that the trend could cause harm to those curious or foolhardy enough to try it. Or, as Action Jaxon put it in the above YouTube clip, “Your liver gonna turn into Silly Putty.”

Doctors warn that people should not cook chicken or anything else with over-the-counter cold and flu remedies. Dr. Jeff Foster told The Sun that “The idea that by saturating any food product in a medicine believing that it will provide some novel health benefit or cure is not just stupid, but incredibly dangerous.”.

“When you cook cough medicine like NyQuil, you boil off the water and alcohol in it, leaving the chicken saturated with a super concentrated amount of drugs in the meat,” Physician and assistant clinical professor of family medicine at Virginia Commonwealth University, Dr. Aaron Hartman also stated to The Sun. “If you ate one of those cutlets completely cooked, it’d be as if you’re actually consuming a quarter to half a bottle of NyQuil.”

Hartman added that the act of cooking the medicine is risky in itself as it could lead to inhaling the condensed medications in the syrup. “By cooking a medicine with multiple drugs in it on a stovetop, you’ve aerosolized it and are most likely inhaling it,” he said, “Inhaled, these medicines also enter your bloodstream really quickly and are not going past your liver for detoxification. The effects can be quite bad depending on how much you inhale.”

“The safety risk is just so unbelievably high.”