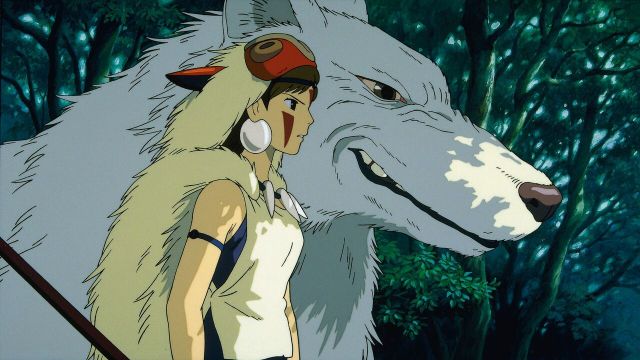 Anime films and television series that feature wolves have been around for quite some time, and continue to grow in popularity. There are several ways to incorporate the strong and mighty animal into a wide number of stories, from werewolves, to trusty sidekicks, and the occasional wolf-human hybrid.

Here’s 10 wolf anime to get into, covering different anime genres, including: slice of life, fantasy, action, romance, and even horror!

InuYasha might be one of the older anime stories out there, but that should not discourage you, because the story is golden, and it offers some of the best animation of its time. When 15 year old Kagome Higurashi encounters a demon, she is dragged into the well of her family’s shrine and mystically transported into the Sengoku Period of Japan’s history. Unbeknownst to Kagome is that she possesses the extremely powerful Shikon Jewel, which is desired by many demons around her. When the jewel shatters, and its shards spread across Japan, she teams up with the reluctant demon-wolf hybrid InuYasha, who assists her in finding all the parts of the jewel, in order to prevent them from falling into the wrong hands.

Beastars takes viewers into a world where animals live in an advanced society, and humans do not exist. Predators and prey live, school and work together, but that does not erase the predominant fear of the prey, or the hunting mindset of the predators. The story follows Legoshi, a wolf who schools at Cherryton Academy. When he is tasked with guarding a practice session, he meets a rabbit named Haru who he immediately falls in love with. He tries to befriend her, but this proves extremely difficult as his natural instinct is to attack her. Haru also holds back as she is unable to fully trust a predator. Things take a turn for the worse when a murder occurs in the school, testing their complicated relationship.

Wolf Children tells the story of Hana who fell in love with a unique man who possessed the ability to transform into a wolf, and was the last werewolf in existence. The pair wed and she conceived two children: Ame and Yuki, who continue on with the werewolf line. Unfortunately, she becomes a single mother after the untimely death of her husband, and must now work twice as hard to protect her children after they move to the countryside. It’s an emotional tale about family, love, and loss and received critical acclaim at the time of its release.

One of the most popular and acclaimed anime films, this 1997 Studio Ghibli film tells the story of the young Prince Ashitaka who is cursed to die a gruesome death by a demon boar he had defeated. Longing to break his curse, he embarks on a journey to find a cure and encounters Princess San, who has a wolf-like appearance. Princess San wishes to protect her town from deforestation and is in conflict with Lady Eboshi. Ashitaka decides to help resolve the conflict whilst finding a way to break his curse. The man versus nature tale of Princess Mononoke has been a standout plot line in anime in recent years.

This 25-minute, stand-alone episode focuses on a genius professor with the ability to learn any language. His talent hits a limit when he is asked to decipher the mysterious Luger Code, which is a unique language used by werewolves. The humans wish to gain the upper hand against the werewolves, and so, the professor goes on a hunt to find a werewolf that will help him decipher the code. Although short, the anime deftly piques the interest of viewers.

In a world where wolves are assumed to be extinct, but are actually masters of disguise and illusion, rumors of a paradise spreads among the humans. However, only wolves have the ability to find the gateway to this alleged paradise. Kiba, a disguised wolf, along with other wolves become attracted to a smell that could be linked to the gateway, but there are those ruled by greed who wish to access the paradise for dastardly reasons. Thus, Kiba and his new friends must set out to protect the gateway from evil.

This story is about a god and a merchant traveling the world together. Holo is a wolf god revered by humans for her great abilities, and worshipped for bringing in a great harvest. But as the people become more self-sufficient, the less they need her, and so Holo befriends the merchant Kraft Lawrence and asks to join him on his journey. He accepts and they set off, and a beautiful travel love story ensues.

This story is also based in a world where humans and were-people coexist. The people who can shapeshift are called Beastmen, but their abilities cause a recurring conflict with humans. Thankfully, Anima City was created for the Beastmen as a paradise away from humans. The story follows Michiru Kagemori who visits Anima City for a festival and experiences a bombing and is confronted by Shiro Ougami, a wolf and protector of the Beastmen. Together, they find who caused the bombing, and begin to discover that there is more than meets the eye about Anima City.

Kemono Friends is an adaptation of a much-loved game. It follows the comical adventures of the humanoid animals that live in Japari Park, a shelter for animals. The lovable Serval befriends Kanban, a newbie to the park who has no idea what species she belongs to. The two head to the park’s library to uncover Kanban’s origins, but are met with sinister information about the true nature of their beloved Japari Park. While the show disguises itself as cute, there are strong horror undertones present.

One of the more recent anime releases, To Your Eternity is a solid watch. The story follows an orb sent to Earth with the power to take the shape and consciousness of whatever it mirrors. After some time on Earth, it takes on the appearance of a wolf and befriends a young boy. Things are later revealed to be much more complicated as the boy possesses a unique history, and the wolf’s consciousness offers up some astonishing revelations.